Why Everybody Is In Love With Chris Hemsworth 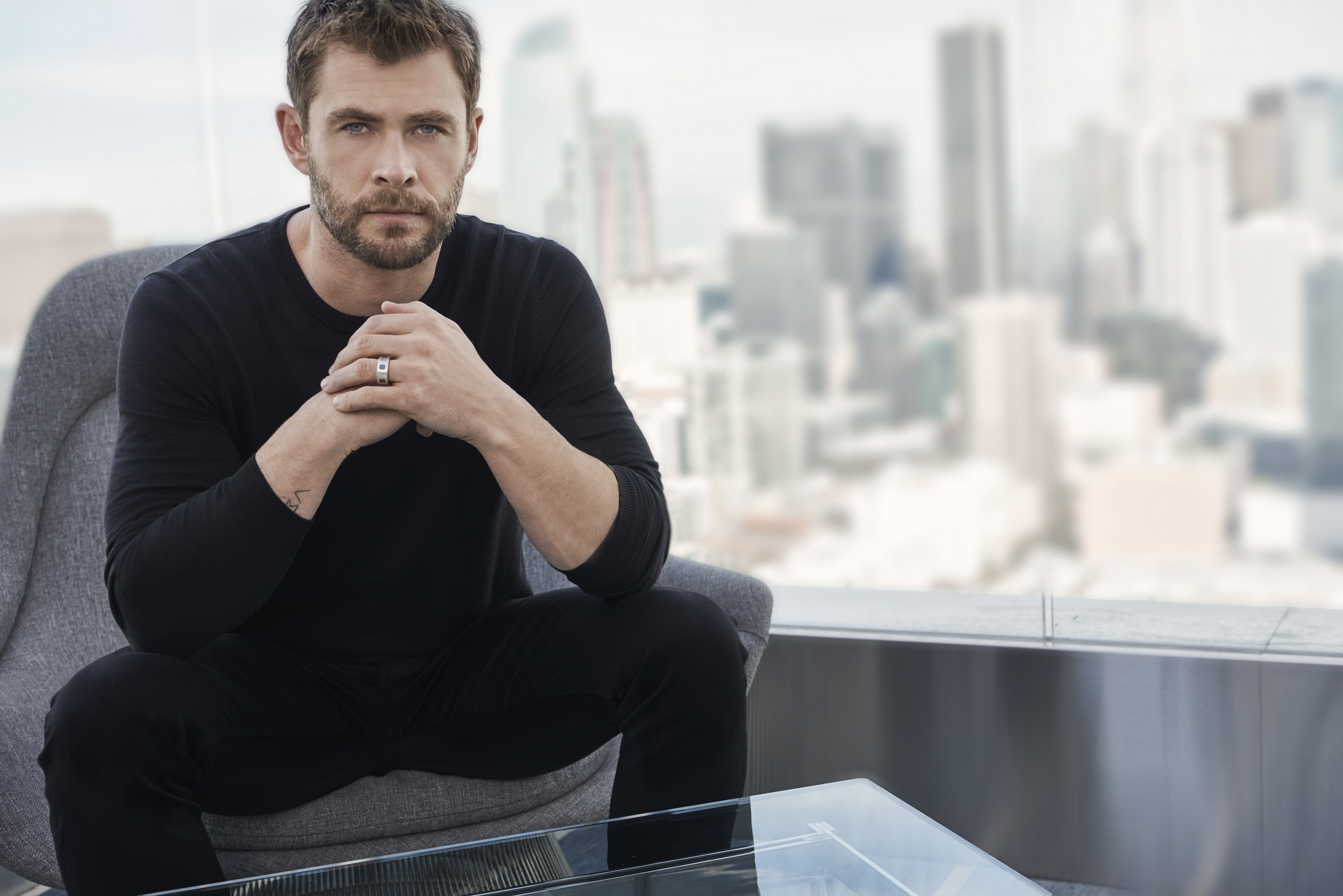 Walking into a room at Hugo Boss’s Stuttgart HQ, it’s impossible to miss Chris Hemsworth standing at the window. An Australian native with a lifetime spent outdoors, the charismatic A-lister fills his 190cm frame with an easy confidence and disarming charm. As he turns, smiles and approaches with hand outstretched to introduce himself, it’s not an exaggeration to say that I turn into a giddy schoolgirl.

My poor Prestige Hong Kong colleagues have put up with my exclamations of unrequited love for far too long (his eyes were the most piercing blue I. Have. Ever. Seen.). So they’ll be relieved that, after this month, I shall finally have to stop talking about my meeting with Hemsworth, and our chat about his latest roles, from caped superhero to face of an iconic brand. But seriously, those eyes…

Easy question: what do you think is the best smell in the world?

Coconut surfboard wax. It immediately takes me back to my childhood and many, many wonderful memories.

A childhood in Oz! What drew you back, what’s your favourite thing about it?

I’m from Victoria but I live a little further north now, in Byron Bay, which is a lot more tropical – a warmer environment than Victoria. What I love about it is the diversity of the coastline in Australia. You know, in the south it’s quite rugged, it’s colder and the elements mean you’re quite exposed, whereas the further north you go the water becomes a little clearer, the weather is warmer and the whole coastline becomes a little brighter. I love that diversity.

We’ve been stalking your oceanside shots on Instagram. What do you think of social media in today’s connected world?

I think in this line of work there’s a certain requirement from studios nowadays, they realise the impact it can have on the release of a movie and so on. I don’t deny that I feel I have to do my part in that sense, and it’s a great platform to promote movies and connect with your fans, but I’m still very wary of it and it does make me nervous, having kids.

I try to not be on it that much, I do what I need to do to keep it ticking, but I don’t place too much importance on it. With my kids, I would be wary about them using it; if it’s just a way to connect with your friends then great, but if it becomes a source of how your happiness meter is going to be swayed with less likes or more likes or comments or so on, I think there’s a real danger and it’s a real trap.

It was a really conscious decision for us to move back to Australia and into the community we did in particular, because there’s far less of that than there is in big cities. The technology has moved so fast that I think we’re all still chasing our tails and figuring out what the larger impact it’s going to have is. But I don’t want to bury my head in the sand and ignore it all, you’ve got to move with the times.

You travel a lot for work, how do you manage that balance of being home and away?

The greater opportunities you have, there’s flexibility and a freedom that comes with that. We just have to make a conscious effort to say, well hang on, do you really want to make this film, is it necessary, is it unique, is it a step forward, or is it just treading water, because if it is maybe we should just be at home with the family? And that’s the tough thing, because I want to have longevity in my career, too, I don’t want to miss opportunities, but what’s way more important to me is my family and my kids and their upbringing. I think my career slowly is going to take a back seat to the time I spend with my kids. You know, the older they get, the bigger personalities they become, the more present and aware they are, the more I think, oh God, I’m missing out. And I don’t want to miss it. I like to think that I’m going to work less in a few years.

But I don’t mean retire; I mean I’d just be a little choosier.

So … you’ll just be keeping Thor’s cape then…

[Laughs.] I’d just want to do things that really mean something to me. I love Thor! That’s what I love about the last film, we approached it from a completely different angle, and threw out everything we knew and kind of reinvented the world and the character and it was great. It was incredibly liberating. There was a greater sense of exploration and excitement on set because we kept thinking are we pushing it too far at times, or not enough, so there’s a spontaneity to it and a different energy and that’s what I’d want to keep doing with all my work, you know, it has to feel on the edge of failing … that’s when you get something unique.

You’re the new face of Hugo Boss Man of Today, which speaks broadly about the importance of integrity. What does that message mean to you?

Integrity, honesty, compassion … you know, I was raised being aware that they were important ideals, they were ideas that were put upon us – me and my brothers – as kids, and I think that the older I get the more I realise why. It’s important to operate with this sense of compassion.

If you’re chasing something, is it done in a way that is considerate of others, in an honest way? How was that path of success, was it one of integrity or was it one that disregarded anyone around you, was it purely a selfish kind of venture? I find being collaborative and staying open, and having a willingness to learn and say, “I don’t have all the answers,” then people want to help you out and offer up advice and work with you. I wouldn’t be anywhere near this position if I hadn’t been willing to fail and make mistakes and have that be OK, because you have a good support network around you

Speaking of how you were raised, do you think having these ideals is something natural, or you have to be taught?

Well that’s interesting, because both my parents work in child protection and child psychology, and it’s a real sort of debate in that world – nature versus nurture – do we come out of the mould like that, how much influence is your environment having and so on. And there’s no doubt they both play a part. But which is stronger? I don’t know. I do think my environment certainly shaped who I was but I think I was born with the tools to agree with that environment.

So the messaging, in part, made Hugo Boss the right brand for you to work with?

There’s no doubt it’s an iconic fragrance. As an actor you want to align yourself with people who are going to elevate you, you don’t want to take steps backwards. I thought the messaging was an unusually positive mission statement. I’ve done other things when the messaging feels a little bit like a line and it’s a bit tougher to sit with, whereas this was very easy.