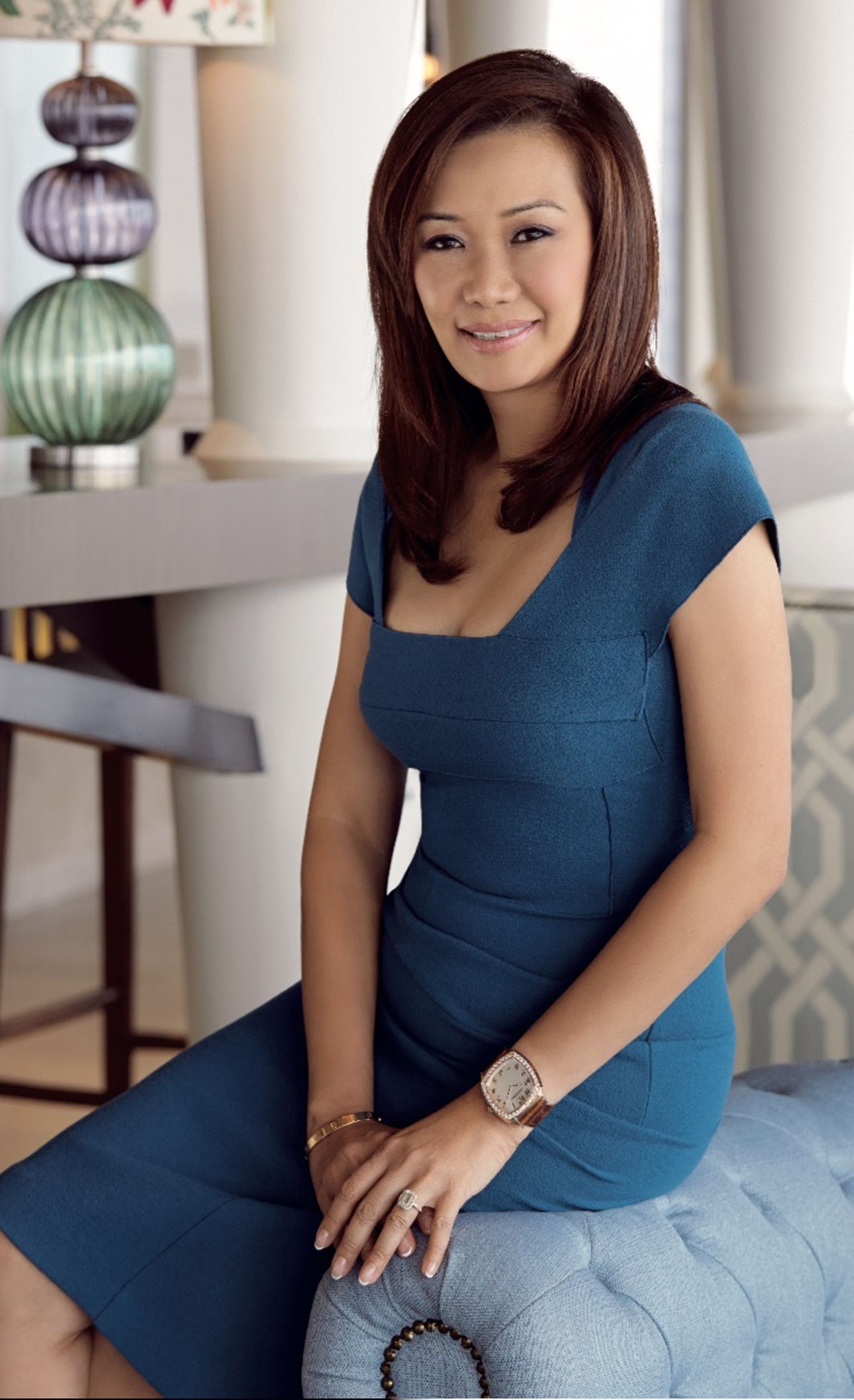 “Being powerful is like being a lady – if you have to tell people you are, you aren’t,” said Margaret Thatcher – and when it comes to Trina Liang-Lin, managing director at Templebridge Investments and president of the Singapore Committee for UN Women, she certainly doesn’t need to state either point to make it obvious.

You’re just as likely to see Trina Liang-Lin looking fresh from a runway at a gala ball as you are to see her at a forum giving impassioned speeches about equal pay for women, but you’d never hear even a hint of a humble-brag from her.

With a staggering list of professional and philanthropic positions and accolades, Liang-Lin’s power derives from her passion in supporting an array of noble causes, chief of them being women’s rights.

Most recently, Liang-Lin set up the Lin Foundation with her husband last year, with the aim of making education, employment and healthcare for women and children in Asia more accessible.

But behind this steely veneer lies a warm, affable woman with a will of iron – and a soft spot for her new dachshund puppy, Joey. We chat with Trina Liang-Lin on what feminism means today, and her hopes for the future of women in Singapore and around the world.

What’s the cause that’s closest to your heart, and why?
Though there are a few – women’s empowerment, education, the dramatic arts, animal welfare – the closest [to me] is women’s empowerment. I think that every generation of women has a responsibility to build upon the efforts of past generations of women struggles to attain equality.

What’s your own definition of “feminism”?
My definition of feminism is equal rights for women, but also the embracing of what it [means] to be a woman. This has become quite multi-faceted in the last 5 to 10 years. Society has become more embracing of all facets of womanhood and has shown deeper understanding.

If you could, what advice would you give your 16-year-old self?
The two most important decisions you will have to make are: if you marry, and who you marry!

If you could have any woman in the world round to dinner, who would be on your fantasy invite list, and why?
Margaret Thatcher. Usually, women in political power come to that position because of dynastic reasons, [like] Indira Gandhi or Aung San Suu Kyi.  Unusually, Mrs Thatcher became UK’s PM through strong democratic peer support and pushed through very tough economic policies in the very male-dominated world of the 1980s.

What goal did you last set for yourself, and did you meet it?
Yes – setting up the Lin Foundation with my husband.

What change do you hope to see in the world?
That the world I leave behind is a better place.

Quote a quote that you live by or regard as a truism.
Live life to the fullest – no regrets.

Which clichéd female stereotype exasperates you the most?
[I] don’t think there are any female stereotypes that still exist… there is wide recognition that females can be truly multi-faceted.