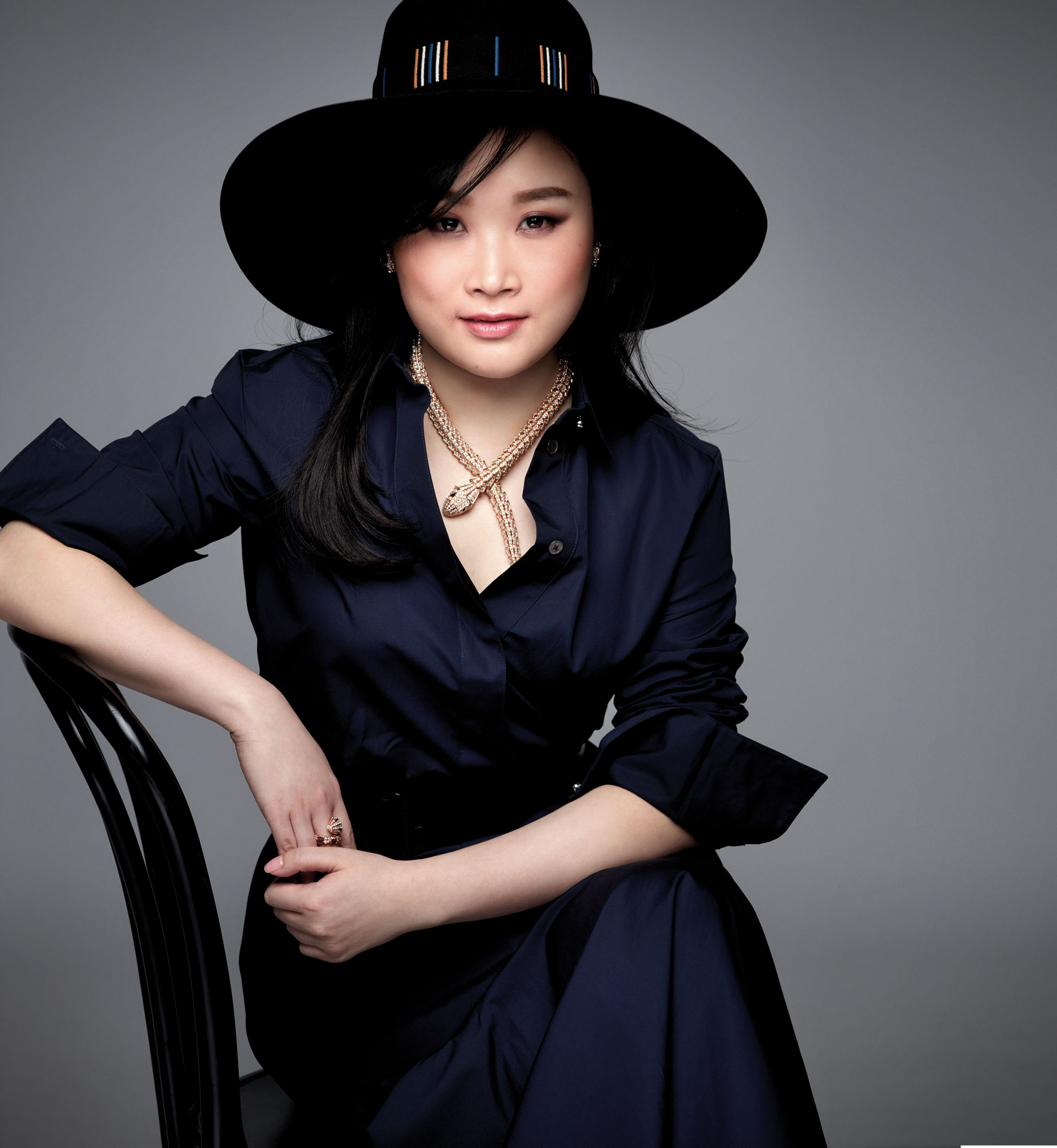 Lam Tze Tze spent much of her childhood in her parents’ office, playing computer games — Lode Runner, Pac-Man, Pinball, and Super Mario Brothers — from the age of four, surrounded by tech equipment and business meetings, and seeing first-hand the satisfaction and excitement when projects were won at Electro-Acoustics Systems (EAS). “I was, in a way, conditioned to feel comfortable in a business environment,” she says.

Coming from an entrepreneurial family — her paternal grandfather owned businesses in gold bullion trading, jewellery, pawnbroking, textiles and garments, while her parents worked in multinational companies in the UK and Singapore before striking out on their own to found one of Singapore’s leading multimedia system integrators — Lam has inherited that same drive and spunk. Today, she works alongside her father, EAS Managing Director Lam Tong Loy, and oversees business development and investments for the company, particularly in the areas of artificial intelligence and robotics (her mother, Lam Ping Yee, handles finance). The company, which turns 35 this year, is staying ahead of the game by intensifying its focus on new partnerships and investing in innovative technologies, through collaborations with start-ups and other companies. And in line with China’s One Belt and One Road Initiative, EAS is joining forces with a Chinese investor to benefit from infrastructure investments along the route.

Setting her own direction while working shoulder to shoulder with her father hadn’t been part of Lam’s plan for herself. “We are close and we discuss many matters but I wasn’t sure we could work together as we both have strong opinions,” she says. “Perhaps because of my experience working for others, I’ve learnt to handle things better and to look at the broader picture.”

“[My father] insisted I worked for someone else from the start, because he said I would not learn otherwise,” she adds. “His actual words were, ‘You have to let someone torture you at work.’”

The days in Hong Kong

No literal torture was involved, but Lam did spend the first decade of her career charting her own course in the telecommunications arena in Hong Kong. After graduating from the Cheltenham Ladies’ College in the UK, she completed a degree in Economics at the University of Bristol. In the following year, after getting a Master’s degree in International Management with a focus on China at the School of Oriental and African Studies at the University of London, Lam joined the mobile operator New World Mobility in Hong Kong as a management trainee, shortly before the use of smartphones and mobile technology experienced an explosive proliferation. Within six months of joining the company, New World Mobility merged with CSL Limited, a Telstra-owned company, to form a new joint venture that would become the leading and largest mobile operator in Hong Kong. “I saw how a merger affected a company and the changes it brought about,” Lam recalls. “Being a junior staff then and seeing the changes unfold in front of your eyes was all very exciting. Most importantly, you observe and learn how to be the leader you want to be.”

Her six-and-a-half years in the Hong Kong telecommunications industry were not without incident. Once, while in her mid to late twenties, Lam was passed over for a promotion for reasons entirely unrelated to competence. “I was naturally disappointed and frustrated to be told that as a woman and coming from my background, I didn’t have to work so hard and didn’t need the job as much as another person,” she says. “I didn’t accept that as a reason for being passed over for a promotion, so I made my disappointment known to my boss and asked to discuss it with him.” She got the well-deserved recognition in the end.

Venturing into a different field

Blame it on the seven-year itch, but Lam began to contemplate broadening her horizons. Having achieved the goals she had set for herself at the start, she was soon scanning the landscape for openings in a different field. A chance to join the biotech venture New B Innovation came up, along with the opportunity to set up a new department that focused on business process management to improve corporate performance.

“Chemistry was my worst subject in school!” Lam recounts her initial struggle. But she didn’t give up; she tirelessly consulted colleagues in research and development on scientific terms. Her efforts paid off, and gradually she became adept in regulatory affairs as well as the drawn-out rigidity that came with them.

“Representing the company when dealing with organisations such as the US Food and Drug Administration and European Medicines Agency was a whole new world for me,” she adds. “But I managed to draw on my previous experience in [the telco industry] to initiate discussions to obtain regulatory approvals.”

Lam and her team had to juggle multiple meetings in a day while coming up with presentations and proposals for review and approval by the management. They also had to do much groundwork to better understand how to introduce these changes to make the company more effective and efficient. “I realised how difficult it was to make changes in a large corporation and the immense effort required to implement those changes,” Lam says of the experience. “You can have the grandest plan in the world, but at the end of the day, it is about how it is delivered and executed.”

Lam ended up living in Hong Kong for 10 years and was quite content with life in the territory. She returned to Singapore in 2016 for good. “There was no good time to come back,” she says.

Her parents had enrolled her in boarding school at age 17 so she could learn to be more independent, and thus had lived apart from their only child for 17 years. “Before Cheltenham, I’d never lived with anyone else besides my parents,” Lam explains. “Imagine having to live on your own in a foreign country and learning how to do your own laundry for the first time!”

But her long sojourn in Hong Kong impressed her father. “My dad revealed to me one day, after I’d been working in Hong Kong for a few years, that he didn’t think I would last six months initially,” Lam says. “He didn’t say he was proud of me, but I knew he was.”

Since returning home, Lam has spent time cooking, travelling and hosting dessert parties with family and friends, attending pilates reformer and gyrotonics classes, and baking, an activity she and her mother have enjoyed together since she was a child. Working alongside her parents has taught her valuable lessons she believes hold true. “A genuine smile, a sincere hello, a firm handshake — all these gestures are very telling of a person,” she explains. “My dad always says that once you lose credibility and integrity, you pretty much lose everything because nobody will take you seriously after that.”

Her parents’ influence on her is undeniable. “I admire the tenacity of my parents to get things done and done well, and their ability to work hard and play hard!” Lam says. “To me, they are a power couple. They’ve shown me that the way to success is hard work and perseverance.”