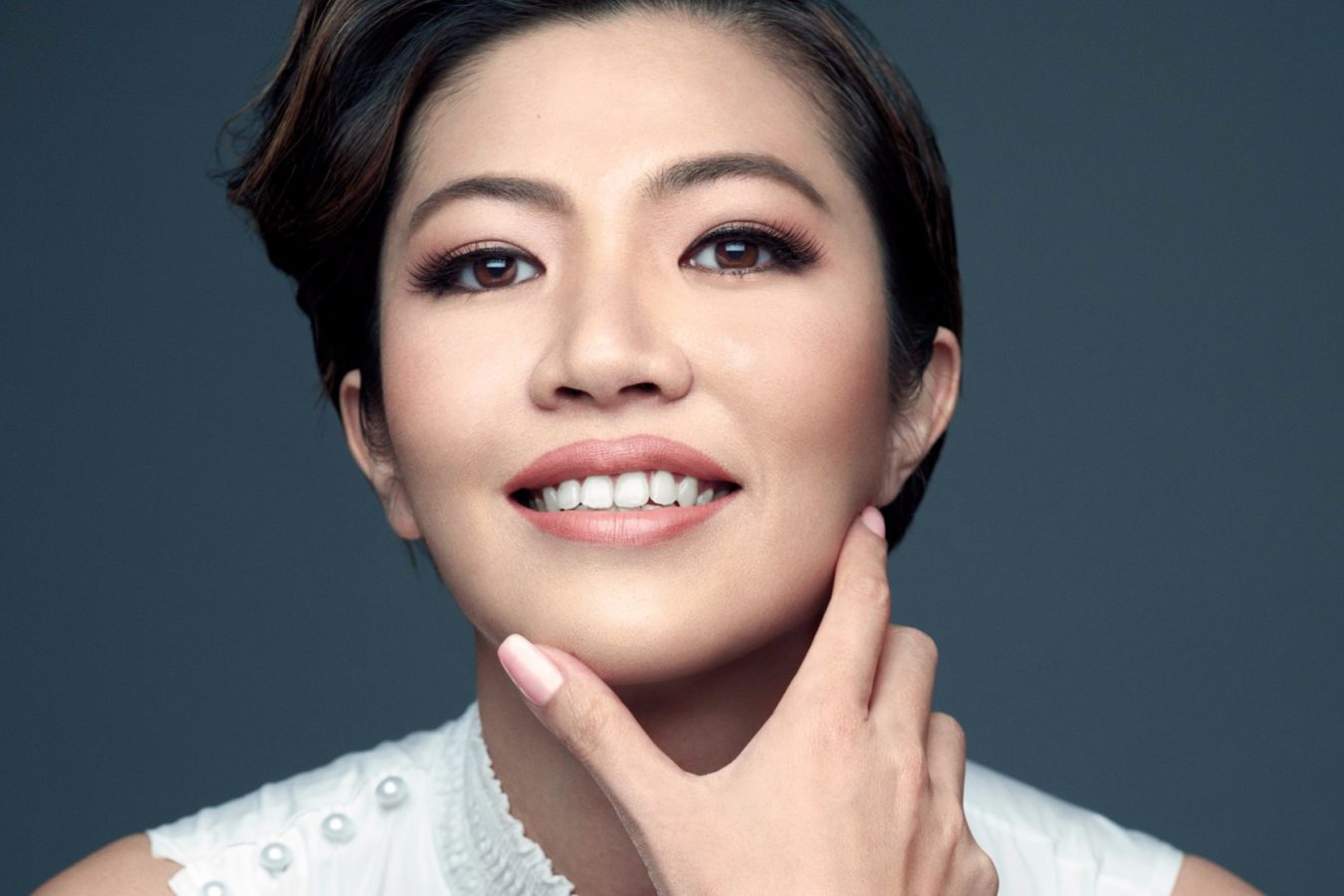 On the third level of Ngee Ann City, nestled among international luxury names is one of the mall’s latest retail additions, SocietyA. Spacious and kitted out in pastel tones, the multi-label fashion boutique emanates a quiet luxury akin to its neighbours. Its offerings are well-made and feature designs that entice the eye.

While bearing all the hallmarks of a brand-name boutique, SocietyA at the same time is different from its neighbours — it stocks only labels that are founded and created by Asian designers. This concept is something that Pek Lay Peng, its founder, takes great pride in.

“In recent years, there has been an emergence of talented Asian designers. Some have been trained at prestigious design schools such as Central Saint Martins or Parsons School of Design. It is about time someone champions them,” she says with unbridled passion.

SocietyA — where A stands for Asia — was started by Pek in 2014 when she spotted a gap in the market for ready-to-wear by designer labels at reasonable price points. Determined to fill this gap, she started the multi-label store as an online portal, with 17 brands such as Ti:Baeg. It now owns distribution rights for 30 brands.

“When I started, I had to spend more effort and time to explain the concept of SocietyA to designers I met at events such as Seoul Fashion Week. I found that coming from a family business background helped boost their confidence, as some of them also come from similar backgrounds,” Pek, whose family owns Shingda Construction Pte Ltd, says.

Even though the online platform was registering sales, Pek found that a large number of customers still preferred to view, feel and try on the physical items. So she launched pop-up events at department stores such as Isetan, Robinsons and Tangs. The response was so encouraging that SocietyA was not only invited for more sessions but also given the opportunity to improve its presence at Tangs with a shop-in-shop concept.

Such developments attest to the 34-year-old’s belief that retail is far from dead. “When people tell me so, I’d beg to differ,” she states.

“People like you and I are still shopping. In our current climate, a shift in retail experience is required. For one, I believe that there is a great need to be omnichannel. It has become about where the customer saw the product first: Online or at the boutique? Having both helps to ensure that we don’t lose that sale. We are now the only omnichannel platform in the world to showcase Asian designers.”

By establishing a one-stop location for Asian designers, Pek hopes to raise the profile of the brands she carries. More importantly, she wants to educate customers that the designs and quality that SocietyA puts forward is on par, if not better, than European counterparts.

She occasionally still meets sceptics who are hesitant about investing in her brands, preferring to opt for bigger names from the West instead. “The notion that European brands are more prestigious cannot be helped. Some have been around for more than a century, boast rich histories and have the know-how,” she admits.

If anything, this strengthens her resolve to boost the credibility of Asian designers. “I feel that it has a lot to do with education. One brand I carry owns a workshop that has for decades been creating knits for a well-known Italian company. It simply branched out to produce a line under its own name.” she says. “Asians have gone from just being the manufacturer or producer to the person at the front line. This shift will take some time to understand, slowly but surely.”

To help further her cause, Pek is looking for opportunities to host regional pop-up events and to collaborate with international retailers. By doing so, she believes that the designers in her stable will gain even more exposure. Some of them are known in their own countries but haven’t grown beyond that. “That is where we come in,” she shares.

Pek’s support for Asian designers and appreciation for their workmanship took root when she was just a child. Even though she grew up in Singapore, she spent a good amount of her formative years in Penang, where her mother’s family owned a sewing workshop that made suits for the expatriate community in the 1980s. “I remember being around those old-school sewing machines emblazoned with the Singer brand. You have to be tall enough to paddle it. My uncle would cut the fabrics and, if the kids were lucky, got the leftover bits and had fun with them,” reminisces Pek, who was exposed to the craft as early as three years of age.

“I loved to observe the work that went into each piece made. It’s a story of how it came to be. Perhaps that is why the brands in my store are all started by individuals who have a story to tell,” she says, with a laugh.

While it was her maternal family that sparked her interest in fashion, it was the paternal side that imbued and honed her business acumen, the trait required to succeed in any venture. Her father Pek Ah Leck, had founded Shingda Construction in 1986, and Pek today serves as an executive director at the company.

Growing up, the effervescent second child among four had always been given free rein over her choice of study and career. After completing a History degree at the National University of Singapore, Pek went on an internship programme at the New York Mercantile Exchange. Upon her return, she worked at UOB Kay Hian as a dealer. It was only when Shingda started diversifying that her father spoke about her joining the business. “He wanted someone he could trust and told me that I could work with him part-time. But I soon realised it was no part-time task. The rest, as they say, is history,” says Pek, who joined the firm in 2008 and oversaw its corporate restructure into the Shingda Group of Companies in 2009.

If anything, her experiences at Shingda have taught her valuable communication skills, which she applies not only to SocietyA but to her personal life as well. For example, when she first joined the construction company, Pek was fond of arranging meetings among the staff. Little did she realise that it became a source of stress for the team.

“A senior pulled me aside and told me, ‘You have to have a clear purpose when calling for a meeting.’ It’s not about just having a chat. Go in, address an issue, chop, chop,” Pek recalls. “I learnt to be practical and how to manage people better from Shingda, which I now apply to SocietyA.”

Pek also attributes much of her own workplace philosophies and approaches to her father, who is a hands-on and approachable leader. Once, the elder Pek insisted that his daughter bring along iced drinks to a site visit. Pek initially didn’t understand why. “My dad advised: You have to learn to be sensitive to others. It’s a hot day and it is your first time at the site. Create a feeling of positivity. I will always remember that,” she says.

“I admire my father’s tenacity and his way with people. He didn’t make it past Primary 4 and worked hard to build Shingda to what it is today. He tells me that what we learn is taught by the University of the Society.”

Of late, Pek has been trying to create more positivity beyond her immediate circle. In 2016, she and a group of like-minded local female entrepreneurs and professionals formed LadiesFirst — a women-for-women social group that aims to give back and act as a catalyst for positive changes in society.

It partnered the Health Promotion Board to launch the first Health Calendar on Diabetes targeted at women, as part of last year’s nationwide “Let’s Beat Diabetes” campaign. The Calendar includes prevention and awareness messages, practical health tips and healthy recipes to encourage women to take care of themselves and their families.

This year, LadiesFirst will be supporting the Arc Children’s Centre, which provides care and support to kids from low-income families, and who are struggling with cancer or other life-threatening illnesses. A fundraiser is in the pipeline, with proceeds going towards the running of the centre, upgrading works as well as supporting its beneficiaries.

When not busy with work and such projects, Pek savours the simple pleasures in life. During our interview, this mother to a three-year-old son, William, had just returned from a two-week vacation in Italy with her husband.

When asked why her son didn’t tag along, she was matter-of-fact: “All of us need to take time out to recharge. It was also a trip to reconnect with my husband.” She is married to Andy Xie, an executive director at Bonvests Holdings.

But she finds time for one-to-one with William over meals out. “We get to know each other better every time we do that. Relationships are about communication. As a mum, I try my best to interact with him positively and inspire him to become the best he can be.”