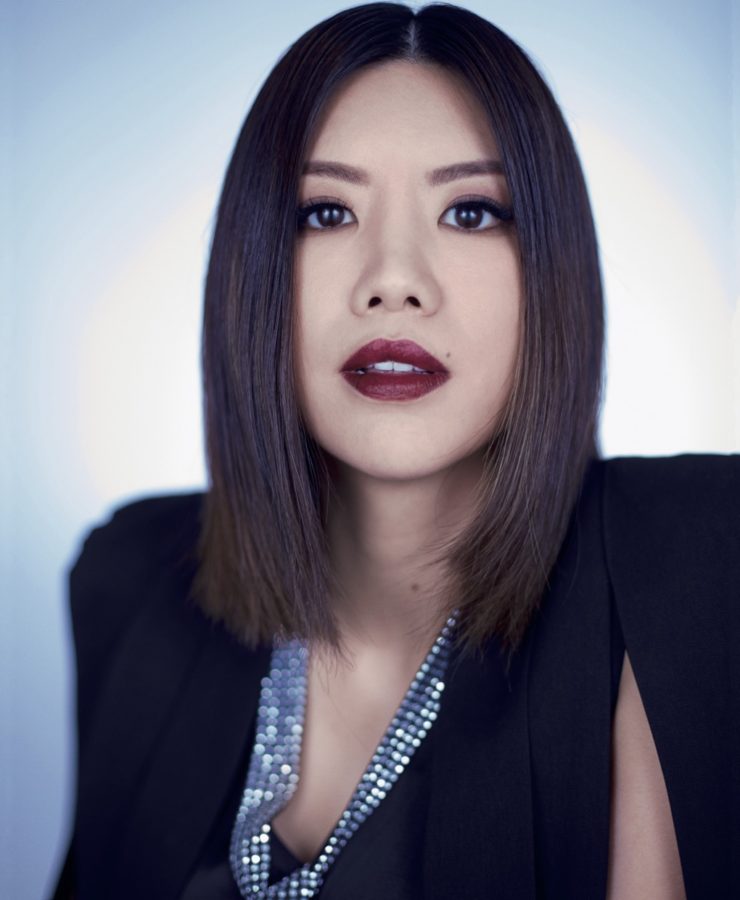 What initially began as a passion project has become a huge movement and purpose for Leanne Robers and her two co-founders of She Loves Tech, the world’s largest start-up competition for women and technology.

As an entrepreneur who has founded three other start-ups, Leanne Robers has faced the challenges of being a woman tech founder, especially when it comes to fundraising. “I’ve always been the CEO of the companies that I founded, but when fundraising, a lot of investors don’t even address me,” she says. “It was a pretty lonely journey.” On top of that, investors were also telling her that women don’t build good tech businesses.

“That’s not true because my co-founders and I personally knew amazing women building amazing technologies. Compared to the men in our circles, they were just doing as much, or even more,” asserts the 37-year-old. The problem, they found, was that women were often focused on doing the work and not looking for the spotlight. “That’s why we started She Loves Tech – to give women a global stage so that people could recognise all the great, groundbreaking work that they were doing.”

When She Loves Tech first launched in 2015, about 100 women-led start-ups applied for the competition and this number has grown every year, going up to more than 3,000 last year. It is also set to operate in over 40 countries this year. “It’s amazing because it really shows that the issue is not that we don’t have enough good women tech founders; it’s just that they’re searching in the wrong places,” adds Leanne.

Prior to She Loves Tech, Leanne Robers started out doing business development for Siemens in the UK. The psychology graduate went on to co-found a real estate and hotel management company, followed by a social trading platform. In the early days of She Loves Tech, Leanne was simultaneously running her third start-up, e-commerce platform Comish, which connected people with Asian artists to create commissioned art.

When She Loves Tech took off, she made the tough decision to give up Comish and focus on growing her passion. “I felt extremely compelled to do this because while female representation in technology has become quite a big subject over the last five to seven years, there’s been a lot of talk, but not a lot of action,” she explains. “We want to continue to work to fill these gaps. Because if we don’t do it, then who will?”

On top of the start-up competition, She Loves Tech provides training, workshops and mentoring to women-led start-ups for free, and also holds an annual conference, which has gone from strength to strength over the last five years. Past speakers have included Ann Cairns, executive vice- chair of Mastercard and Jane Sun, CEO of Trip.com. At the conference last year, She Loves Tech announced its commitment to catalyse over US$1 billion (S$1.32 billion) of funding to its start-ups by 2030.

While the impact on women-led start-ups has been a great achievement, Leanne says she is just as heartened by the indirect influence of She Loves Tech. She recalls her experiences in Pakistan, which had few companies and tech solutions by women when She Loves Tech first started there in 2017. Now in its fifth year, Pakistan is one of its biggest competition rounds, and has seen several of the country’s male ministers, chairmen and CEOs speak at She Loves Tech conferences. “The entire ecosystem has changed,” says Leanne, who was moved to tears when she witnessed the difference in 2019.

“Pakistan has been known to be very patriarchal, so it’s amazing to see these male leaders come to our conference and say how important She Loves Tech is in shaping the ecosystem. A lot of them say how pivotal we are because they have daughters and they want to build a better Pakistan,” she elaborates. “Little girls have come up to me to thank me for bringing She Loves Tech to Pakistan because they always thought that technology was just for the boys. But now that they see women on stage building technologies, they know they can also choose a career in tech.”

Going beyond the work sphere, Leanne Robers is also building women up and helping them to overcome some of the fears and self-limiting beliefs they face that prevent them from succeeding. In addition to her role at She Loves Tech, she is also a psychotherapist at her father’s private practice, where she spends two to three afternoons a week mainly working with teenage girls and young women. This has in turn helped Leanne become a better mentor and advisor to start-ups.

She is a mentor at various accelerator programmes like the Singapore Tourism Accelerator and Facebook’s Community Accelerator Programme. “A lot of the challenges entrepreneurs face are more than just strategy and tactics; it’s about mental and emotional resiliency. I’m able to help them to navigate the emotional, mental and physical world, and empower them to grow their start-ups.”

It is hard to imagine Leanne juggling another job with all her commitments, but it appears that passion, drive and tenacity are what she is made of. At Microsoft, the regional director plays an advisory role representing start-ups, and is a public speaker on topics in her fields of expertise like tech, innovation, entrepreneurship and psychology. “I say that my job is different from a usual 9 to 5 because at 5pm, another job starts and then at 9pm, another job starts. It seems like a lot, but it really energises me. I learn so much from the start-ups and various people I meet, and I feel like they give me as much as I give them.”

Sign up to get the latest luxury and lifestyle news delivered to your inbox.
Annabel Tan
people