Cover story: Fanty Soenardy on embracing her next chapter of life beyond motherhood 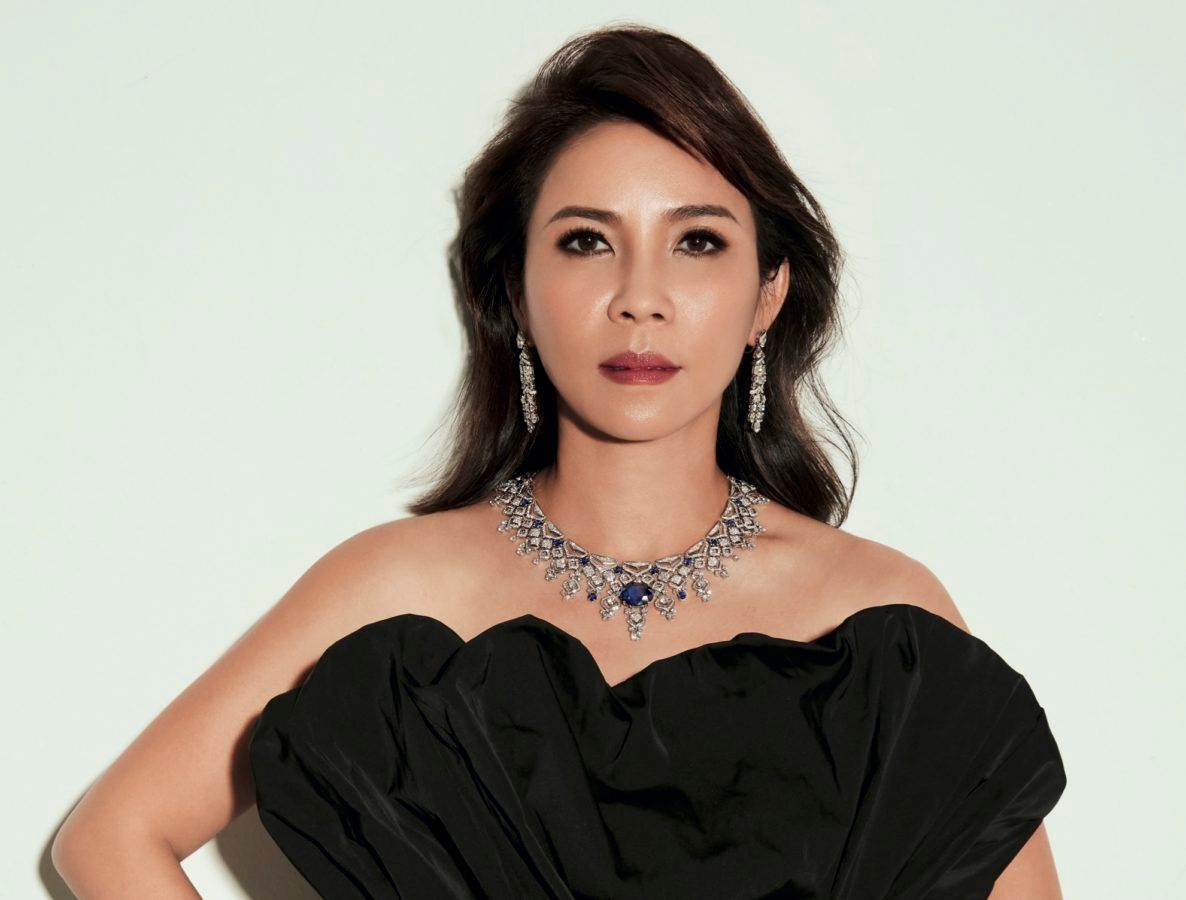 People & Events
Cover story: Fanty Soenardy on embracing her next chapter of life beyond motherhood
Share
Next article

Now that her two children are entering adulthood, Fanty Soenardy is also embarking on the next phase of her life. In celebration of Mother’s Day this month, she chats with Annabel Tan about parenting, her values and passions.

Fanty Soenardy is a woman of many passions.

The Indonesia-born Singaporean enjoys cooking and baking up a storm, keeps fit with Muay Thai, loves fast cars, and is a fashion and jewellery fiend – just to name a few. Above everything else, however, she loves being a mother. Meeting with me over afternoon tea at The Drawing Room in The St. Regis Singapore, the 49-year-old has recently returned from Paris and London, where she was visiting her 22-year-old daughter, Louisa, a second-year Economics student at University College London. Her son, Dillon, 20, is currently performing his National Service before returning to New Jersey to complete his university education.

As a homemaker, Fanty has always been close to both her children and admits that sending them abroad for school was one of the toughest decisions she has had to make as a mother. “I think the biggest worry for parents when their children go overseas is that they won’t come back,” she says. “But I realised that when you have brought them up to have good character and built a close bond with them, it doesn’t matter how much freedom you give your kids because they will always come home. I can also trust them to protect themselves there and make the right choices.”

Also recognising that her children’s interests lay overseas, she had to let go. “I cannot stop them just because I can’t bear to part with them,” Fanty adds. “I also cannot show that I’m sad because that will hold them back. They need to pursue their goals and dreams and when I see that they are happier there and more independent, I know that I’ve made the right decision.”

The relationship Fanty has with her two young adult children is enviable, and a continuously evolving product of her parenting. When the kids were young, she ran a tight ship instilling discipline in them by setting aside dedicated times for work, play and meals. “I taught them that there was a time for everything and was very strict, with no tolerance for bad behaviour like screaming and shouting to get their way,” she says.

“I always believe children need to be taught, guided and disciplined when necessary, while also being nurtured with care, concern and love.” In addition to spending them with them at home in those formative years, she would reward them with vacations after their annual final exams. It was a way for the children to unwind as well as gain new experiences.

“Travelling was a character-building journey for them to not only learn about other cultures but also about spending wisely, developing street smarts and fostering teamwork,” offers the frequent globetrotter. “Everyone has to contribute, whether it’s helping with packing, carrying the luggage or managing the cash.”

“Never say that you have already done enough because you can always be better than you were yesterday.”

When her children were teenagers, Fanty would take each of them on individual one-on-one trips to their destination of choice to bond with them. “At that age, they have a lot of pride and sometimes cannot really express themselves,” she says. However, having that quality time together overseas allowed her children to slowly open up to her. At the same time, Fanty also voiced her own concerns and encouraged open communication to understand each other better.

It is a different parenting style from how Fanty grew up during a time when rules were typically enforced without explanation, and there was not much affection or display of love. “My mother was very strict, but I think she did a good job raising me because I was always well-behaved,” Fanty elaborates. “I only realised this as an adult and I think it’s too late. I don’t want that to be the case with my kids, so I keep things very transparent; I help them to identify their mistakes and I always express myself freely, even when I’m angry. If they say something that hurts me, I will tell them, so they understand why.”

On top of that, she also prioritised building their self-confidence. “Sometimes we cannot see our own strengths and need somebody to tell us. So, I try to do that and always give them credit when it’s due,” Fanty says, adding that her role as a parent is also to believe in her children’s dreams and be their pillar of support. “If they are lost, I try to guide them back onto the path. And I always remind them about the need to constantly improve themselves to be a better person. Never say that you have already done enough because you can always be better than you were yesterday.”

Another value that Fanty has fostered in her children is that family always comes first. In her household, coming home for Sunday night family dinners is a non-negotiable. “It is the time for everyone to catch up at the end of the week after leading our own busy lives,” she states.

These days, a lot of the conversation revolves around her children asking their father, Douglas Ong, founder of property developer Sustained Land, for investment advice. Even from London, Louisa also sometimes joins in on the weekly ritual via Zoom.

Fanty’s daughter also calls her daily to chat, despite the seven-hour time difference. “I think I’m my children’s best friend,” adds Fanty with a smile. “They will share everything with me, and now that they’re older, rather than just telling them how to deal with their problems, I lend a listening ear. Instead of asking for my permission, they will now ask for my opinion because they can think for themselves and be responsible for their actions. If I don’t let them fall, they will never feel the pain, but they also know I’m always here if they need me.”

As she proudly speaks of her children’s various achievements, it is clear that Fanty’s efforts have paid off. “The best part of motherhood has been the joy of seeing both my children grow into mature adults with their own goals and dreams,” she ruminates. “At the same time, being a role model to my children has also helped me to grow to become a better person.”

Now that Louisa and Dillon are on the cusp of adulthood, Fanty has found herself with more time on her hands. During the start of the Covid-19 pandemic, she picked up gardening and continues to successfully grow fruit and vegetables like papaya, lime, chilli and cucumber. With borders opening again, she has also been travelling almost monthly. But what she has most enjoyed in this new phase of her life is being able to focus her attention back on her relationship with her husband.

The couple are going out together more and have breakfast and lunch together nearly every day. “It feels like we’re back in our dating days. Sometimes if my friends ask me out for lunch, I tell them no because I want to be with my husband,” she says with a laugh. “After all, when my children are married and have their families, my husband and I will be each other’s life companions.”

In celebration of their 20th wedding anniversary in 2019, Douglas gifted Fanty a bespoke 10-carat Bvlgari diamond ring specially designed for her by the Roman jeweller’s high jewellery director, Giampaolo Della Croce. “I love jewellery with character and that’s why I love Bvlgari because their pieces are bold yet sophisticated,” she explains. “This ring is definitely my favourite jewellery piece because it’s one-of-a-kind. I requested for something simple that wouldn’t look too loud on my small fingers and they delivered.”

Over the years, the brand has customised several pieces for Fanty, including a matching Serpenti bracelet and necklace set. “They know my preferences and have also become like family friends – we’ve even travelled together with my children. They are a brand that feels so much like a part of our family that my daughter even joked recently that she wants to wear Bvlgari jewellery for her wedding.”

Fortunately for her kids, Fanty’s Bvlgari jewellery are intended to be heirloom pieces passed on to future generations, including her 20th anniversary ring. “To me, a heirloom piece should be very iconic and unique,” she says. “It has to be a beautiful masterpiece so that it holds true significance, and also when I pass it down, my grandchildren will know that their grandmother has great taste.”