Style
Watch: Hermes Fall/Winter 2020 show live stream
Pursuits
Kobe Bryant’s Lakers jerseys and memorabilia are going to auction
Wine & Dine
How champagne has used natural methods to up the ante
Beauty & Wellness
All about honey and its varieties
Sign up for our newsletter to receive the latest on the city's top personalities and coverage at exclusive events.

From his shirt and pants to his red-and-white striped jacket, black bow tie, black croc skin shoes and silk-banded fedora, Ethan Koh is dressed from top to toe in his own designs. Even the multicoloured croc skin iPhone case is his own, as is the handsome black croc skin clutch.

We’re catching up with the spiffy, London-based Singaporean designer over drinks at 1880, during one of his quarterly visits home. Every time he comes back, his schedule is packed with some 18 clients, each one vying to get a piece – or five – of Ethan K.

“I meet them in their homes, as it is key for a couture and bespoke designer like myself to understand the lifestyles of my collectors, so that I’m able to better curate a selection of pieces for them,” he says, referring to his bespoke line of bags crafted from exotic skins. “I get inspired by the sculptures and art in their homes as well.”

As a Singaporean designer based in London, he wants his country to be known for more than just Crazy Rich Asians. “We’re also crazy cultural Asians and crazy creative Asians,” he says. “Not everyone knows this, and I feel it is my role to uncover and share these other facets. People say that there’s a difference between a career and a calling, but in my world, it’s probably both.”

“Luxury has become an expression of soul, style and relevance – it’s more than just showing that you’re doing well.”

“The goal and higher purpose of Ethan K is to bridge the cultures of the East and the West,” he continues. Indeed, he takes inspiration from his life here, his heritage, culture and family. His maternal grandparents, for instance, were fruit wholesalers and his Fruit Disco collection last year paid homage with its vibrant colours. He incorporates Chinese symbols of good luck, such as a frog and the number eight, into his designs too: He has made clasps in the shape of frogs, and on a line of jackets he plans to roll out later this year, there are eight buttons on each sleeve.

He also plans to eventually include scarves, hats, bow ties, shoes and more. “It’s all part of the conversation and expanding the Ethan K universe,” Ethan says. “I’m fulfilling a vision greater than myself.”

Although the 32-year-old started his brand in 2011, he had been selling his own designs since 2009. We featured him on the cover of Prestige in 2012, and “it’s been such a whirlwind since”, he says excitedly. “So much has happened.”

Today, Ethan K bags retail in the likes of Harrods, Saks Fifth Avenue, Galeries Lafayette and Hôtel Ritz Paris. Ethan’s bags have also been spotted on the arms of stars such as Jennifer Lopez, Hailey Bieber and Sofia Richie, socialite Hum Fleming, Princess Beatrice and Princess Eugenie. Famous fans in Asia include Hong Kong actress Carina Lau and gallerist Pearl Lam (she has more than 40 of his bags).

But more than his prolific celebrity clientele, the Central Saint Martins graduate prides himself on his craft. Ethan’s family owns Heng Long Leather, a Singapore tannery that supplies high-quality exotic leathers to major international fashion houses. While it was acquired by LVMH Moët Hennessy Louis Vuitton in 2011 for $161 million, his family still runs the business, which was started by his great-grandfather in 1977 and which now supplies a bulk of the croc skins used by Ethan K. The brand’s exotic skins are also sourced from tanneries in Italy. All his designs are hand sketched, and the exotic skins painted and bags crafted by hand in an atelier in Tuscany.

Growing up in a family dedicated to their craft helped develop his appreciation for savoir faire. As a child, he followed his father overseas to visit the different fashion houses the tannery supplied. “In the exotic skin artisan business, it is important to be aligned with your partners. Then we have trust and respect, which mean different things to different cultures. Learning from them when I was young taught me about cultivating relationships.”

Colourful bags in varying shapes and sizes are laid out neatly across the table. Ethan is giving us an exclusive sneak preview of his newest collection, Mystical Landscapes, set to launch this May. It is inspired by the often breathtaking surroundings of places he visits, “from the view out the window of the Palace of Versailles on a beautiful evening to the gorgeous Singapore skyline as seen from the National Gallery Singapore”. Noticeably, the trendy bum bags and mix of materials – python and canvas, crocodile and suede – are a slight departure from his first designs.

“We live in a very different age. In the past, people wanted that shiny croc skin bag as a status symbol, but today, it can be fun. People want something that speaks to them,” he explains. “Luxury has become an expression of soul, style and relevance – it’s more than just showing that you’re doing well. I think customers today want to have a feeling of association, more so than before.”

Thrice a week, Ethan starts his day with a spin class at KX Life, a private members’ health club in Chelsea, London. Apart from a good workout, he likes KX (pronounced “kicks”) for its networking opportunities, since many of his customers and collectors live in the area and are often there. He has also met new clients while at the club, which is frequented by personalities such as Prince Harry and singer Adele. Another private members’ club he visits is 5 Hertford Street in London’s Mayfair.

“One time in spin class, a lady related to the Saudi royal family was next to me and she recognised me, so we started talking,” Ethan shares with childlike glee. “And now, she’s ordering her second Ethan K bag.”

“I always try to engage people deeply in my creative conversation. I want people to feel like they’re buying more than just a bag.”

A lot of Ethan’s relationships with his clients begin in this organic way and through word of mouth. “I choose my clients carefully and take the time to get to know them,” he says. Very naturally, these relationships have developed and inspired many of his creations. One example is a croc skin clutch from the Mystical Landscapes collection, which bears a clasp in the shape of a hat with a ship on top, inspired by a contemporary art piece he came across when visiting a client’s home.

Inspiration bears fruit in other ways too, such as in the form of an electronic dance music track for his Fruit Disco collection. “My friend and collector DJ Raiden inspired me,” Ethan shares, “and we created it together. We also created a special backpack for him in hand- painted croc skin.”

Life abroad for nearly 10 years has also served as a source of creativity for Ethan, who is “always inspired by my surroundings, especially when I travel”.

The Mystical Landscapes collection mixes materials more than ever, an idea sparked from visits to his friends’ homes in the English countryside, where he was drawn to the eclectic English mix of patterns and materials. One such home was a country estate in Weston Park belonging to Lord Alexander Newport, also known as Viscount Newport, who is the son of the 6th Earl of Bradford. Ethan even held a photo shoot for the collection there, with some of his clients as models.

Hum Fleming, the great niece of James Bond creator Ian Fleming, is another close friend and client of Ethan, who designed a bag with a martini glass clasp for her, reflecting her love for the drink. A creative soul, Ethan often composes short prose and poetry in moments of inspiration. After having drinks with Fleming, he wrote:

I met a friend for a martini in the evening.

She told me what it was like to be a Fleming.

I drank till she begged my pardon,

only to find myself in Hyde Park Garden.

Head in the Clouds

Although Ethan K made a name for itself very quickly, its creator faced his fair share of challenges and naysayers in the beginning, who thought he had his head in the clouds. In the brand’s early days, a buyer from a department store in the US turned Ethan down, saying his bags would not sell because they did not have a prominent enough logo.

“My bags are not about a logo or loud branding; they’re about beautiful shapes and design,” posits Ethan. “Ethan K is about the spirit; a way of life and a state of mind.”

His creations still do not carry overt branding, although he happily points out the gleaming little hedgehog hardware that studs his bags: “Hedgehogs represent the spirit of adventure!”

Just a year ago, the company received funding from investment firm Heliconia Capital Management, a subsidiary of the Singapore Exchange and Temasek Holdings, a move Ethan says has strengthened its creative capacity. “The firm has really helped me in the operational and finance aspects, but more than that, it really understands my brand DNA,” Ethan shares. “We both understand that there is a long-term perspective. My main goal is to create something that people not just need but want. The soul and creative vision have to come through; it’s not just about satisfying market demands.”

Ethan K will launch in Galeries Lafayette in Qatar in the coming months, and will also work with Christie’s and Hôtel Ritz Paris this year.

Global expansion, Ethan says, was always part of his plan. “As a niche couture house, it is important to stay exclusive but still have an international presence, which we’re so proud of building since the day I started Ethan K!”

“Luxury to me has always been a constant conversation and evolution,” he adds, sharing that he is “working on exciting new projects in California, as our clientele there is looking for specialised experiences.

“We will also be taking the Ethan K Space Of Dreams to its first location in Asia. So much to do and so little time!” 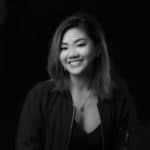 Talk to Me About:
watches
Jewellery
Lifestyle