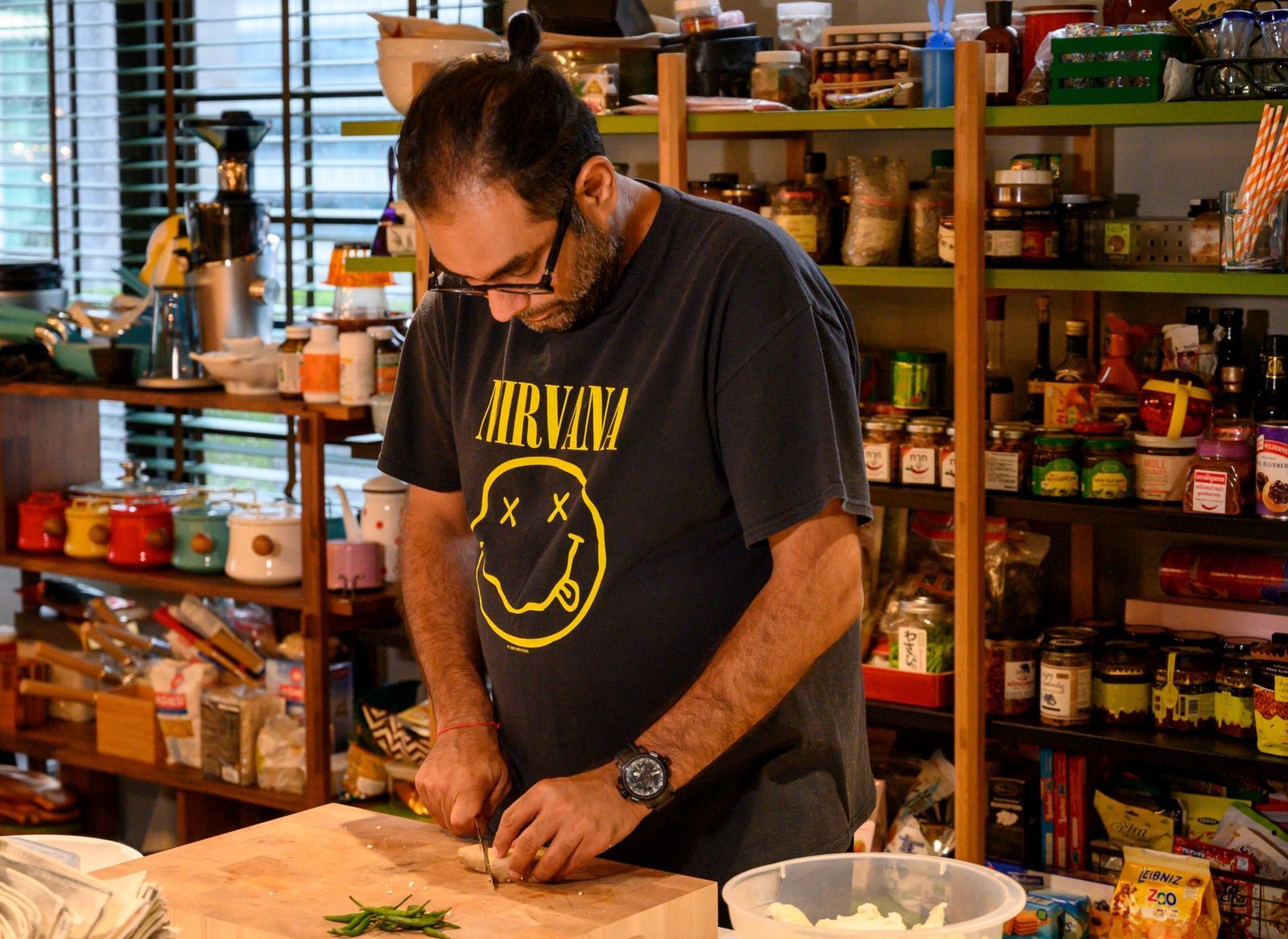 “Sudden things in life are not planned, like a hurricane, like a typhoon. It just comes, you deal with it,” the 41-year-old told AFP in his loft-style apartment in the Thai capital, with fridges covering an entire wall, a long dining table, and a bookshelf-size pantry.

The imminent closure Saturday of Gaggan, where a 25-course meal in a colonial villa costs 8,000 baht (S$370), stunned the culinary scene.

Gaggan’s shock move sent foodies in a spin as reservations were cancelled.

To some it was a puzzling act of self-sabotage, but to the mercurial and blunt Gaggan the move was hastened by creative necessity after a dispute over shares with business partners.

“I am tired. I am laughing. I am crying. I AM JUST A HUMAN,” he said this week in an emoji-laden Instagram post in which he apologised to customers and said “64 rebels” had walked out with him.

“At the age of 41 the biggest lesson I learned was never leave anyone behind!!” he wrote, admitting he gets “too emotional sometimes”.

Sorry 😐 🙏 an apology 🙈🙉🙊 from me and my 64 rebels. But it’s high time for me to give u my side of situation… Please read all the 3 pages u will know why and how especially those who have received reservation cancellation emails so late #gaggan #sorry #hugmeismelllikecurry

He told AFP that his new, more intimate space likely opening in October will host 40 diners per evening, but his ambition remains expansive.

“In 10 years I will be one of the greatest chefs of the 21st century. A world star,” he said, looking through his big black glasses.

“Every year, at least 20,000 tourists already make the trip to Bangkok to try my cooking.”

A disciple of the Catalan master of molecular cuisine Ferran Adria, Gaggan opened his eponymous restaurant in 2010 in Bangkok’s glitzy business district.

In Thailand’s 2018 edition of the Michelin guide — the first for a country where cheap street food is famous — it nabbed two stars, and this year was fourth-ranked globally in the World’s 50 Best, a list that received criticism in the past for not being more inclusive.

The hit Netflix show Chef’s Table followed Gaggan around the city as he shopped in local markets or prepped meals in the kitchen.

His secret for success: serving up molecular — or what he calls “progressive” — gastronomy in Asia and revolutionising Indian cuisine by introducing Japanese and even South American influences.

Among his creations are foie gras with goat’s brains, spherical yogurt served on a spoon, and an oyster topped with horseradish cream, a dish he calls “Viagra”.

For one course customers are also encouraged to lick their plates as the Kiss’ song Lick It Up blares out over speakers.

He hopes to bring the same unexpected flair to his new venture this time using his full name Gaggan Anand.

A former drummer and rock lover, Gaggan likes to listen to Nirvana or Red Hot Chili Peppers in the kitchen.

“I’m a culinary rock star, an anti-conformist,” he said smiling.

Born in 1978 in an underprivileged part of Calcutta, he began cooking with his mother “who made simple but incredible dishes”.

At 18 he enrolled in a hotel school, then set up a meal delivery business.

In 2007, separated from his first wife, he decided to start afresh and came to Thailand with only “a few hundred dollars”.

After working at several restaurants, he made a snap decision to set up his own after a booze-fuelled evening with friends.

He convinced the team at the then-number one restaurant in the world — Adria’s El Bulli in Spain — to take him on as in intern.

“I discovered the emotional experience of cooking: Mixes of flavours, textures and incredible techniques, I wanted to apply his revolutionary methods in Asia.”

Gaggan’s project was ascendant for almost 10 years. But the disagreement with business partners spelled the end.

“I wanted to own more shares in the establishment, to have more control, but my partners have refused,” he told AFP.

But in the coming restaurant, he wrote, his daughter will be the biggest shareholder, “so you can be sure, my next venture will be driven from love and pure passion.”

This story was first published via AFP.