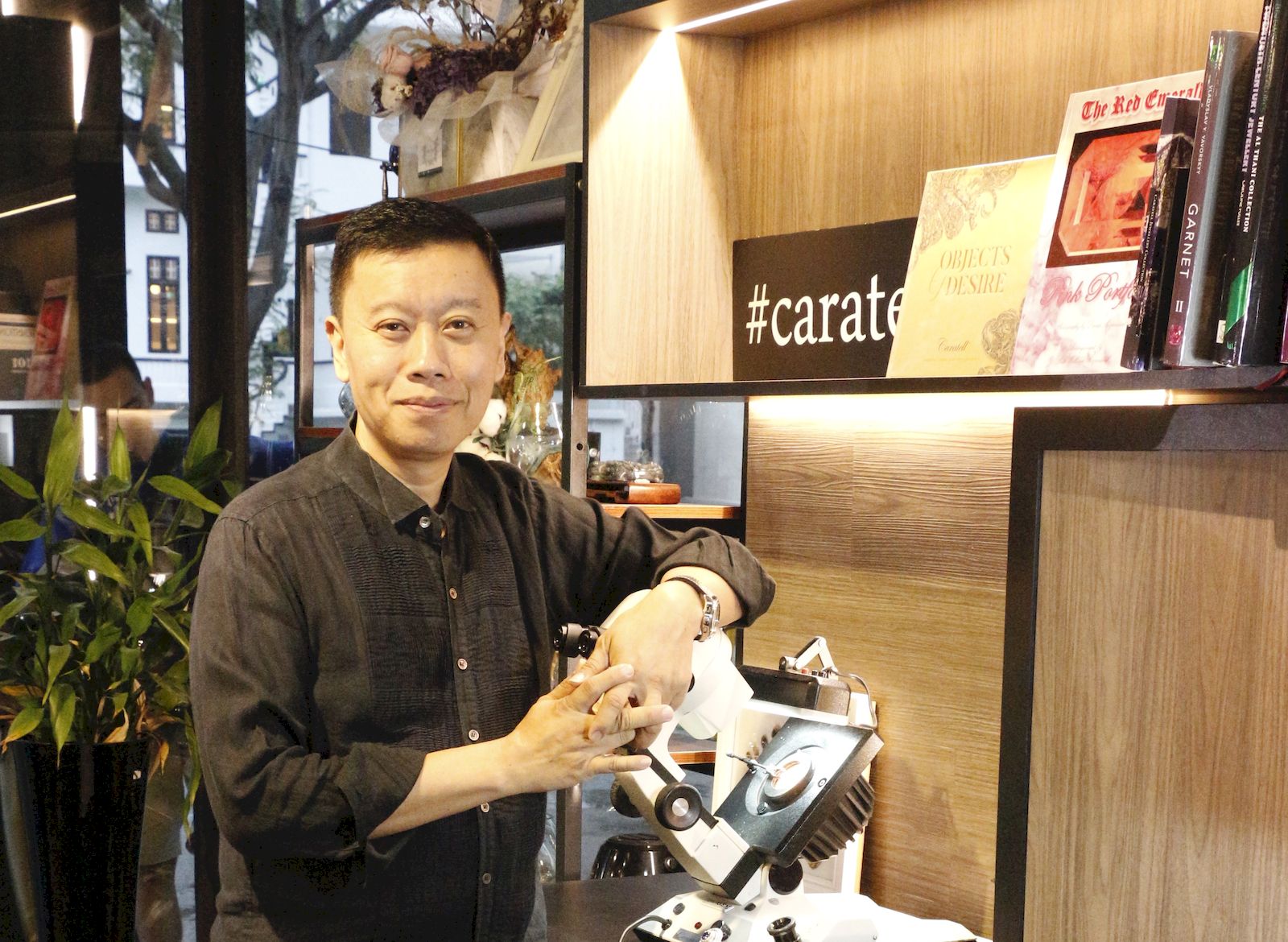 Michael Koh was 17 when he won the Diamond of Distinction Award from De Beers International in 1988, followed by the Singapore Trade Development Board’s Young Designers Award in 1990, making him the youngest in both awards’ history. In 2004, he set up Caratell with his wife, Achillea Teng. Caratell was among the first to use uncommon, coloured stones in their designs for which Michael had ventured into inaccessible areas to obtain at source. In 2016, Michael added watch designer to his portfolio with Tefnut Sleeping Beauty for German watch manufacture Moritz Grossmann, and hasn’t looked back since.

Caratell’s 15th anniversary last year was a major milestone. Your second watch, the Tefnut Arabian Nights, also made it into the Fondation du Grand Prix d’Horlogerie de Genève pre-selection list in the same year. What was the major highlight for you in such an eventful year?

There was more than one. First of all, I realised my dream of showing works from the past 15 years together with my latest pieces in our anniversary event last August. I can’t tell you how much pleasure it gives an artist to be able to show one’s creations from the past and present. To commemorate our anniversary, we also launched the second edition of our coffee-table book Objects of Desire, which will be distributed worldwide. During the event, Christine Hutter, founder of Moritz Grossmann, broke the pre-selection news to us. We were overjoyed.

Your journey, especially about how you overcame dyslexia, to be a successful jewellery designer has been widely reported. How would you describe your evolution as a designer?

I feel that the career chose me, rather than I chose it. Everything just fell into place. I let the following principles guide me in all I do: Follow my heart and passion, to be honest in all my creations and cherish every moment in life while helping others along the way.

Is designing watches a natural progression for you?

I’ve always been interested in other forms of design. Watches is one of them. I would say I’m a painter and a sculptor as well as being a jewellery designer. I am also interested in science, mechanics and movement. Leonardo da Vinci, one of my biggest influences, was a scientist as well. Because I have always been a hands-on person, I progressed to wanting to apply these principles into my creations.

By a stroke of luck, we met Christine Hutter and Theo Staub at the 2016 Singapore Yacht Show. We found that we were like-minded in some ways. I was so inspired that by the next morning, I had come up with an asymmetric design and named it Sleeping Beauty in reference to the nocturnal hour of its completion.

What gave you the inspiration for the Milanaise dial in the Arabian Nights? How was the process of bringing it to life?

We were visiting the sand dunes in Dubai after showing at an exhibition. Mesmerised by their vast beauty, I thought to myself that the scene would be something worth bringing to life in my creations. Soon after, Theo and Christine asked me if I could design a ladies’ watch for the Middle Eastern market.

Arabian Nights was inspired by the legend of Scheherazade who charmed her king with her stories. I am practical when it comes to ergonomics. While I wanted the lapidary of the gemstone and the colour combination to be exactly as I desired, I also had to make sure that the mother-of-pearl and lapis lazuli used in the dial face do not exceed 1mm in thickness. With very precise cutting, every piece fit into place. We experimented for six months before I was satisfied with the results.

Achillea and you were one of the first jewellers to explore with uncommon, coloured gemstones. Do you always have to do something different from others?

I see jewellery design as an artistic expression. To me, playing with coloured stones is similar to painting on a canvas for an artist. The same principles of colour combination apply to both. But unlike painting where you could get the desired colours by mixing paints, gemstones are trickier. You will notice my colour combination is not done by gradation but by contrasting or matching colours to create a “pop” or harmonious effect. Another method I use is to place a stone under another stone for what I call the “illusion of colour” effect.

You draw a lot of analogies about being an artist.

I see myself as one. When designing, I am driven by emotions, not by the mindset of having to produce a collection. This is why you will see one-of-a-kind pieces from me. I want my creations to strike a chord with people like they do for me. I hope to share them with people who could resonate with them.

Sign up to get the latest luxury and lifestyle news delivered to your inbox.
Mavis Teo
Lifestyle