How Jaelle Ang of The Great Room redefined co-working 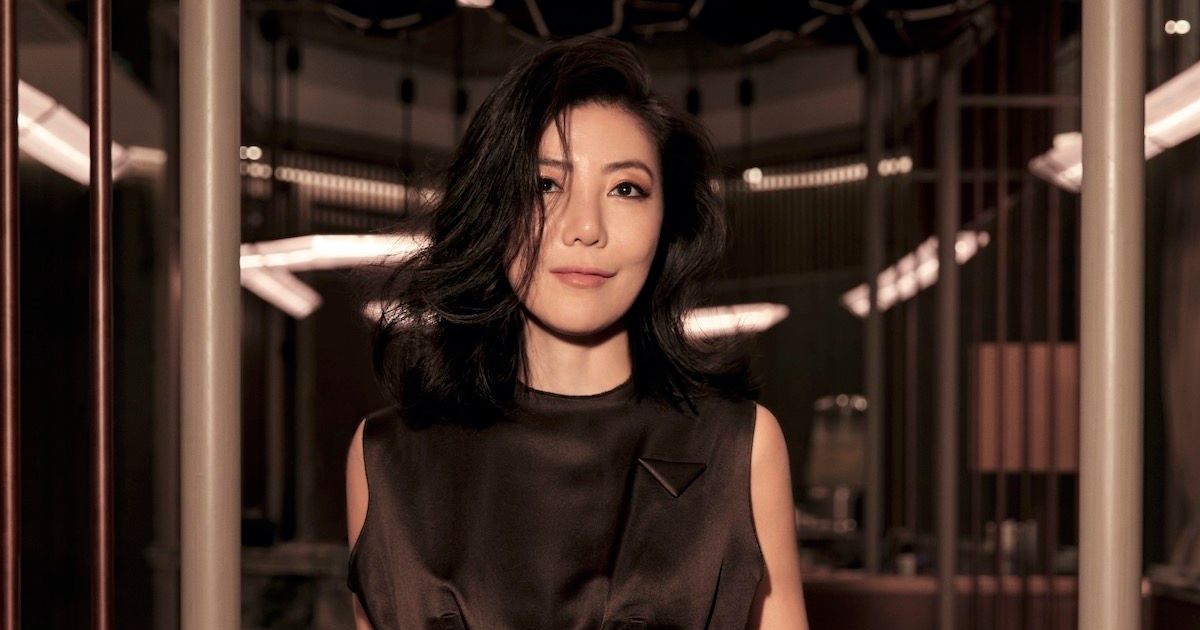 Having co-founded a multi-million-dollar company that was recently acquired, one would expect Jaelle Ang, the CEO of The Great Room, to have known only victories. Yet, she surprises by sharing that her entrepreneurial journey has been full of rejections. Mavis Teo finds out more.

It is 10am on a Monday but most of the power-enable tables at Dolcetto by Basilico at the Regent Singapore are occupied. The bakery-café has a soothing ambience, but it is not packed with the ladies of leisure. Instead, there are executive types in earnest discussion or hunkered over their laptops. “Everyone around us is doing some form of work,” says Jaelle Ang in an excited whisper.

The buzzing flexi-working scene obviously pleases Jaelle, who has suggested to meet here. After all, together with her husband Yian Huang and sister-in-law Su Anne Mi, she had founded The Great Room, a hospitality-led co-working space operator that offers flexible office set-ups.

The Great Room was born from a vision Jaelle had – to create a new version of a branded and elevated workspace. “The Great Room is co-working rethought and refined,” explains the entrepreneur, who veered away from the usual densification model of co-working spaces and took inspiration from luxury hotels and business clubs to create spaces that encourage productivity, creativity and networking through inspiring design, dynamic collaborations and thoughtful wellness activities.

In 2016, the first Great Room was born on George Street in a 15,000 sq ft space – with another 25,000 sq ft added later. Six years on, Jaelle has opened seven Great Room spaces in three cities. Besides Singapore, there are also Great Rooms in Hong Kong and Bangkok.

On May 17, a day after our chat, The Great Room made news again. Industrious, the highest-rated flexible workplace company in the industry and headquartered in the United States, has acquired The Great Room together with Welkin & Meraki, forking out roughly US$100 million (S$138.6 million) in cash and stock between the two. With the latter in Europe and The Great Room in Asia, the CBRE-backed Industrious will gain an immediate foothold in key European and Asia Pacific markets.

This means Jaelle, who will remain as CEO of The Great Room, can realise her greater ambitions for the company more quickly. “To double in size within two years,” she says when asked about her dream for The Great Room. “I have been aching to grow The Great Room as our spaces are almost full and there is more demand that we are able to meet.” Her wish has come true.

The Great Room has come a long way in a short time, especially considering what naysayers remarked when it first launched on George Street. “People were asking who was this upstart, and saying that only a big institution could pull this off as we lacked the economies of scale. After we opened George Street, they said we were a one-time wonder. When they heard about WeWork venturing into Singapore, they said we were going to die,” recalls Jaelle.

The US-based behemoth subsequently needed a bailout after its IPO bit the dust. “Then people said, WeWork failed, you would too!” she adds. The Covid-19 pandemic then brought out the pessimists again as lockdowns led to work-from-home arrangements. But instead of failing, The Great Room flourished.

While Jaelle is modest about her success, even acknowledging her shortcomings she became aware of during The Great Room’s early days (“I was a first-time CEO”), she is not entirely new to real estate, design, making deals, and most of all, venturing into unchartered territory. She was trained as an architect – she obtained her degree from The Barlett School of Architecture at University College London (UCL) in the UK. She went to do an MBA at London’s Imperial College, after which she joined Citibank and later Credit Suisse, where she worked in mergers and acquisitions. These experiences would come to stand her in good stead.

In 2009, Jaelle was Harvard-bound to do a Masters in Real Estate when she met property developer Ben Taechaubol. Recognising her talent, the CEO of the listed Country Group Development in Thailand persuaded her to join him in an ambitious development project along the Chao Phraya River in Bangkok. Jaelle took a leap of faith after viewing the site, which was then a fish market with over 300 stakeholders and squatters each with a claim to it. For that, she left Credit Suisse and Singapore.

Fast-forward to 2022, the ฿32 billion (S$1.2 billion) development consisting of the Four Seasons Bangkok, a Four Seasons Private Residences and Capella Bangkok has fully opened. In 2016, Jaelle left the company but remains on the board of directors at Country Group Development.

Jaelle’s time spent on this project might have whetted her appetite for doing the impossible, armed with the indomitable spirit she’s known for. Completing the amalgamation of the plots that made up the site alone took five years. Then there was the wooing of investors to fund the project. While pregnant in her final trimester with her first child, Jaelle was by then back in Singapore but had to take over 20 flights to meet with Chinese investors for the Chao Phraya Estate project.

“My friends said to me: ‘You are very good at suffering’ while laughing at my naivety,” recounts Jaelle, who now has four children. “Most people would have given up but I keep going, even after 30 to 50 rejections.”

“Don’t get me wrong, I do have self-pity parties,” she continues. But the difference is that many people dwell on their misery while the pragmatic businesswoman sets herself a time limit – “to have a bubble bath and shut down for a few hours or a whole day, if it’s very bad.” Labelling herself as an introvert, Jaelle adds she is not given to confiding in others just for the sake of venting. “When I am ready to talk about it, I’d have framed the problem such that we are working towards a solution.”

Looking at the confident and articulate corporate powerbroker, who seems (on paper) to have known only a life of successes, it is hard to believe she is talking about rejections now. The setbacks she is referring to involves getting rebuffed by potential investors and stakeholders. She thinks that rejections are likely to increase. “This is because the stakes are getting bigger,” explains Jaelle, who will have to solve harder problems now. But she is happy about this prospect as it means that the company is growing, and so is she as a CEO.

Jaelle accepts failure as part of her journey and thinks that many head honchos fail more than they succeed – something outsiders don’t hear about often. “It is not easy but I have come to terms with the fact that I must learn to get comfortable with being uncomfortable, and that I have to be bad at something (and this includes making mistakes) until I become good at it.” She adds that when it comes to hiring, The Great Room places a high value on a willingness to learn even if a candidate doesn’t have relevant experience.

“Perhaps it’s my Shanghainese side,” says Jaelle with a laugh when asked how she became so feisty. Her Singaporean Shanghainese mother is a Nanyang University graduate who had given up on career-building to look after her and her younger brother. When she was 12, her parents moved to China for her father’s work. The two siblings stayed behind and boarded at the Hwa Chong hostel (now Hwa Chong Institution Boarding School) while she attended Raffles Girls School (Secondary).

“Since I was a child, my mother has been an astute real estate investor,” says Jaelle, who adds that property was a frequent conversation topic at home, and that she herself “loves making deals”. When she was in her first year at UCL, she shocked her Singaporean Teochew father by investing the money he had given her for school fees and living expenses into an option to purchase a property in the Kensington area.

While taken back by her bold move, her father backed Jaelle’s decision after looking into the purchase his savvy daughter was making. By the time she graduated from UCL, she had sold the house (which was leased while she rented a place at Covent Garden for less) for a profit that later paid for her graduate studies and more. “My father was very proud of me – more so than he would admit,” states Jaelle. She smiles happily at the recollection, clearly relishing the memory and her bond with her parents, whom she credits as her biggest influences during her formative years.

As an adult, she doesn’t believe in attaching herself to permanent mentors. “There are always people we can learn from, depending on our life phase and when we meet them,” says Jaelle, who feels that “mentors” will be open to sharing advice when asked – as long as those seeking help are respectful and have shown an effort to first do their own research.

An active and highly visible business leader in networking circles, Jaelle is known for being generous with her knowledge. “I believe I have abundance, so I can share with others. I believe the more we share, the more room we free up space for new knowledge.” It seems that this attitude has also freed up space for The Great Room’s stratospheric rise.

With Industrious’ acquisition, The Great Room’s growth trajectory is given a huge boost. “By 2030, flexi-co-working spaces are estimated to take up 30 per cent of total commercial real estate spaces,” Jaelle elaborates, adding that current figures hover at only 2 to 3 per cent. For now, The Great Room is slated to expand to Shanghai, Tokyo and Sydney, with the Australian office to follow. At home, The Great Room will open a sixth location of over 20,000 sq ft at Eu Yan Sang Building on North Bridge Road come January 2023.

This story first appeared in the June 2022 issue of Prestige Singapore.