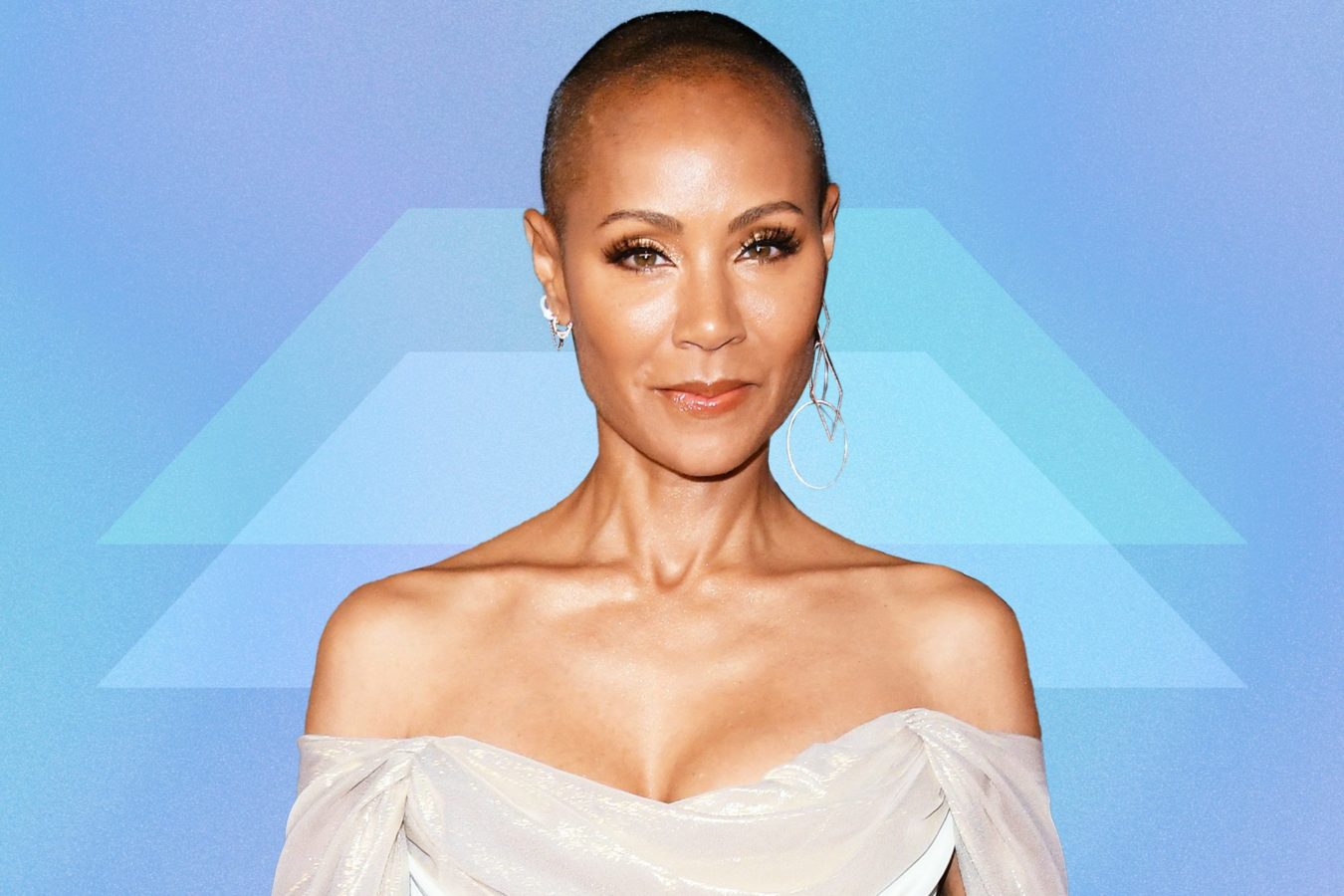 Ever since revealing in 2018 that she’d begun experiencing hair loss due to alopecia, Jada Pinkett Smith has been open about how “terrifying” it is to suddenly start losing your hair. In a new post on Instagram, though, she’s reflected on the latest changes to her scalp with a hefty dose of humour, joking that she’s going to “put some rhinestones” along her scalp line and that she wants to make sure nobody “thinks she got brain surgery or something.”

The Red Table Talk host recently took to Instagram to share a video of herself in which she points to a visible line on her scalp. In the video, she explains that the line appeared due to alopecia, a disorder characterised by hair loss. “Mama’s gonna have to take it down to the scalp so nobody thinks she got brain surgery or something? Me and this alopecia are going to be friends … period!?,” she writes in her caption.

In the clip, the Matrix Resurrections star traces her fingers across the line on her scalp. “Now at this point, I can only laugh,” she says. “Y’all know I’ve been struggling with alopecia and just all of a sudden one day, look at this line right here. Look at that.”

Pinkett Smith ends the video on a humorous note. “So it just showed up like that and this is going to be a little bit more difficult for me to hide,” she says. “So I thought I’d just share it so y’all are not asking any questions. But you know mama’s going to put some rhinestones in there. I’m going to make me a little crown. That’s what mama’s going to do.”

Of course, Pinkett Smith’s candour will no doubt help others who have been affected by alopecia. They may feel a little less alone in what they might have experienced due to the condition. Alopecia is a general word for hair loss and there are multiple types of alopecia. Some include alopecia areata, an autoimmune condition; cicatricial alopecia, aka “scarring alopecia” wherein inflammation causes scar tissue to form; and traction alopecia, which is caused by tight hairstyles; according to NYU Langone Health.

It’s unclear which type of alopecia Pinkett Smith has, but she has shared that her hair loss came on suddenly, causing her distress. In a 2018 episode of Red Table Talk, she told her co-hosts, daughter Willow Smith and mom Adrienne Banfield-Norris, that she’d been getting questions about why she was wearing turbans. “I have been having issues with hair loss, and I’m going to tell you it was terrifying when it first started,” she shared, revealing that “handfuls of hair” fell out one day in the shower. “It was one of those times in my life that I was literally shaking with fear.”

Previously, she’d had “a lot of [thick] hair,” she notes in the episode. Caring for it was a “beautiful ritual” to her — though she was ultimately able to put her hair loss “in a spiritual perspective,” realising that her hair loss wasn’t as devastating as suffering from cancer or losing a child.

Since the Red Table Talk episode, Pinkett Smith has been candid about her relationship to her changing scalp, sharing in a since-deleted Instagram video that she’d begun steroid injections, noting that “they seem to be helping, but not curing,” and thanking “everyone for all the outreach, from all the doctors and all the holistic practitioners, who have been reaching out to me for this head of mine, I appreciate it so much.”

Back in July, after experimenting with different styles, wraps, and turbans, she debuted a shaved head in an Instagram photo. “Willow made me do it because it was time to let go BUT … my 50’s are bout to be Divinely lit with this shed???,” she writes in the photo’s caption.

With Pinkett Smith’s latest update, it seems she’s taking the changes in stride, no doubt helping others who have had hair loss feel comforted in their own experiences.