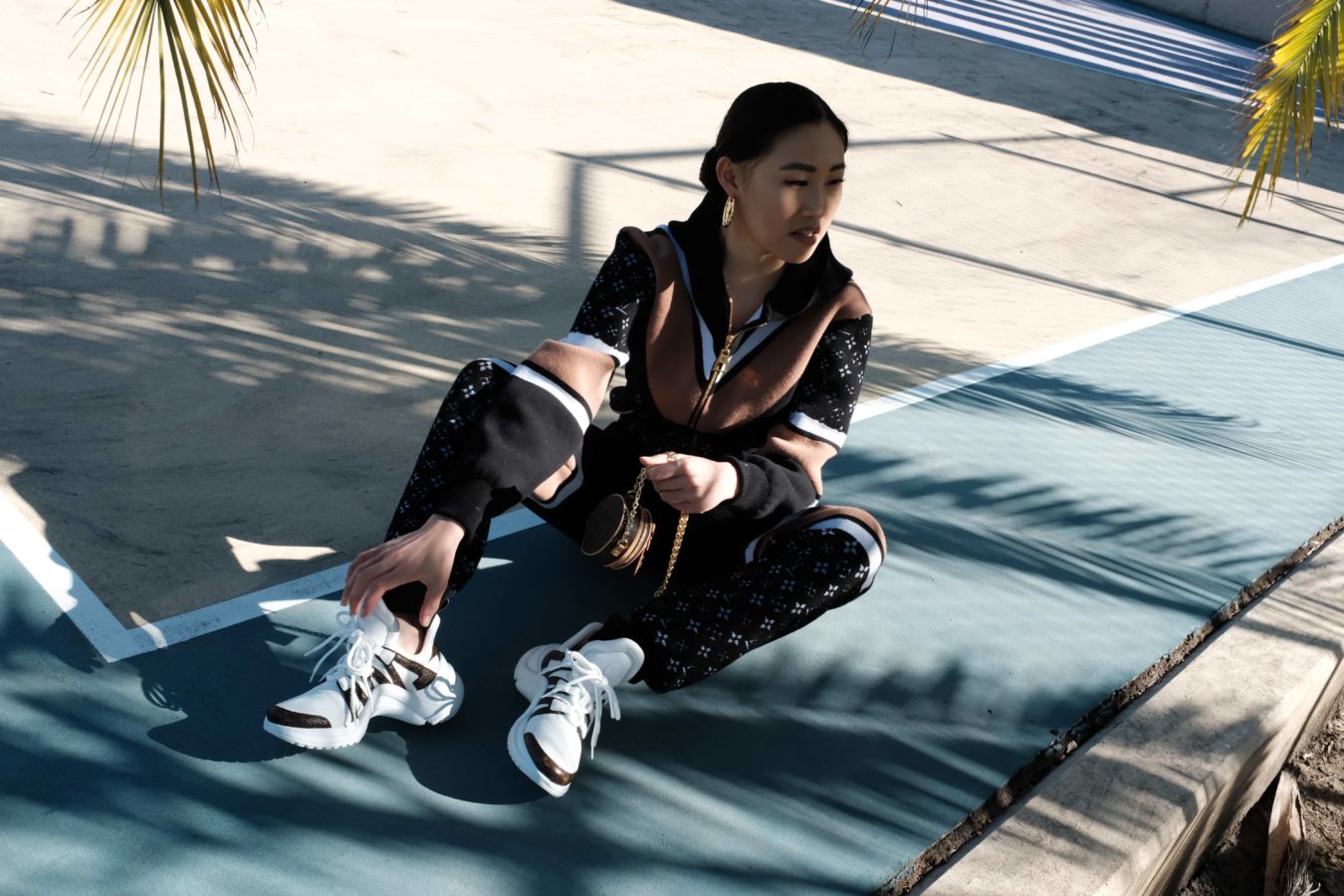 The champion equestrian and new-face fashionista Jaime Xie talks to us during lockdown about style, sports, social media and her family home.

Last year, when not jetting around the world’s four fashion capitals, California-based tech heiress and fashionista Jaime Xie was shooting for a yet-to-be released US reality show. At only 22, the high-fashion newbie has quickly racked up an impressive, enormous wardrobe, a fashion-week presence and a rapidly growing number of social-media followers.

But she’s not your usual fashion influencer. As a former competitive equestrian, Xie ranked first in the United States Equestrian Federation (USEF) Small Junior Hunter 16-17 Division and, in 2014, her mount Commisario won the USEF Horse of the Year Award.

“After watching my best friend in second grade, I fell in love with the sport and continued riding for 12 years,” Xie says. “The feeling is indescribable, that connection with your horse is so special.” In that time, she’d switched to schooling online so she could tour the United States to compete, which meant being away from friends and classmates.

“I’m a very competitive person by nature and made a lot of sacrifices to reach my goals … but it was all worth it when I made number one.”

“At the beginning I was just so excited, and my schedule was so packed,” she says. “I had a videographer with me – there’s no time to eat or rest, it was crazy and a lot of fun. I love seeing the pieces as they go down the runway. It’s a completely different vibe from seeing them in store.”

When we speak, Jaime Xie and her family are firmly stationed inside their Northern California villa, a sprawling, Spanish-style, three-storey property in Atherton, close to San Francisco. There are tall palm trees and California sunshine, a swimming pool, basketball and tennis courts, and spacious grounds to play around in. Her father, Beijing-born cyber-security tech billionaire Ken Xie, has been coerced into getting behind the camera to take this series of portraits of her inside their family home, exclusively for Prestige.

“I really appreciate dad helping me take photos, since I know he’s also busy working,” she says. “I have to give him credit, because he really put a lot of effort into getting some nice shots, It’s actually the first time having him be my photographer!” 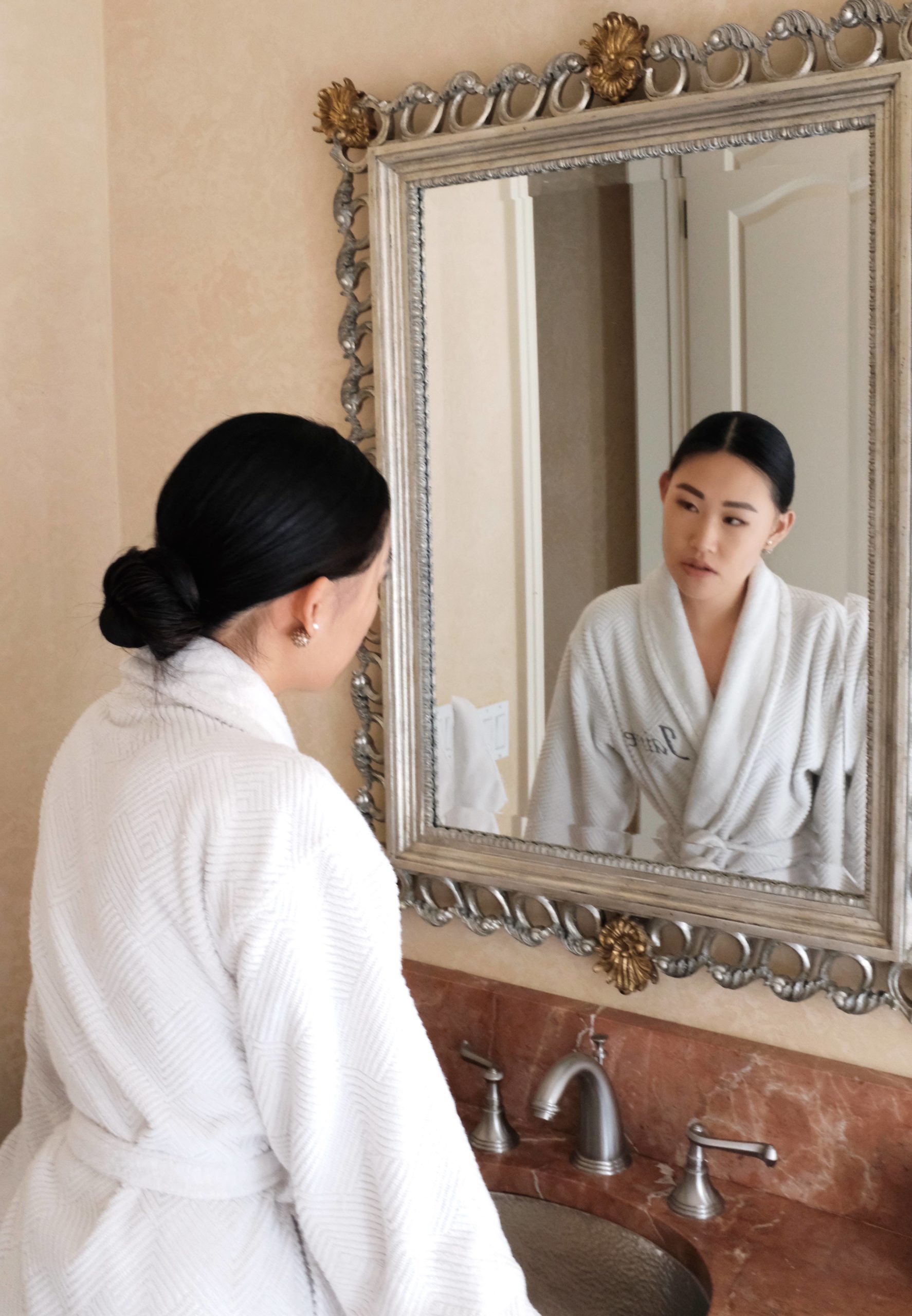 A popular part of the home is the spacious back garden, where the family gather to relax in the sun or play sports together: “It’s such a blessing to have a basketball court, tennis court, and swimming pool all in our backyard. My brothers are both competitive tennis players, so we built the tennis court after moving into the house. Even though no one in our family played basketball seriously, my dad decided to have a court built, so we could enjoy it as a family.”

The covered swimming pool is solar-heated year-round. There’s a basement gym where she and her brothers work out, but her favourite room is the kitchen, where the family spend most of their time together.

Well aware of the comparisons to Cher from the film Clueless, Xie shows me the outfit planner app on her iPhone, which digitally organises all her clothes, as we go through a selection for our shoot. It helps to keep her organised and more efficient, and “prevents me from overpacking for trips”.

It’s also how she keeps track of what she owns – there are too many outfits to count; every time she buys something new, she logs it “into the app by importing a photo … I built this virtual closet that allows me to plan outfits when I’m on the go.”

Now she buys statement fashion and artful runway pieces, but also takes care to include more basics. “I always chose colour because I thought black was so boring,” she says, “but now I’m more aware of versatility.” Her style range is far-reaching – she’s just as comfortable in a mirrored Paco Rabanne minidress and stilettos as she is in LV-monogram tracksuit and trainers, or a pretty floral dress by Zimmerman.

Xie is the only fashionista in her household. Her father founded Silicon Valley cybersecurity company Fortinet and married her Taiwanese mother after they met at a university event in California. Her two brothers and parents “hate shopping” and are more into sports, film and tech than the runway.

But that doesn’t stop her from shopping for her mother when she buys for herself. And last July, after attending couture shows in Paris, Xie took her father shopping on holiday in Florence and Venice, buying him a black Gucci velvet blazer and a Dior Homme bomber jacket.

“My dad is really tall – he used to play volleyball in Beijing when he was younger – and usually wears the same plain suits,” she says. “When I talk to him about fashion, he listens and tries his best to understand, to bond with me, but I can’t keep his attention on the topic for long since he’s just not that interested!”

Her style genes most likely came from her grandfather on her mother’s side, who was a successful suit designer in Taiwan and just “loved fashion, loved to shop”.

“That’s why my grandmother has such a great wardrobe as well – he’d shop with her. Grandma’s 85 now and has told me to take from her wardrobe too … there are some great pieces, like this purple Versace fur coat.”

Xie’s been dubbed by some as a bit of “a style chameleon”, which she says is “a really cool term. I’m not one of those people that have one specific style. I can be very minimal one day and very girly the day after, Dior one day and Versace the next – and then I’ll be wearing all dark leather from Givenchy or McQueen.

“I have a few shows I really look forward to seeing, like Paco Rabanne, for example. But whether it’s from Zara, H&M or Chanel, I’ll buy it as long as I think it’s cool … I don’t discriminate.”

Now, she’s mixing the big fashion pieces with easier, classical items. Style influencers and celebrities whom she looks up to include Olivia Palermo, Elsa Hosk and model Rosie Huntington-Whitley, “who has a quite minimalist, Bottega Veneta look to her”.

The bubble of fashion’s digital-influencer trend can be incredibly myopic at times, but Xie manages to be more realistic about it than most. When she turned 18, her mother told her to “get a real job to learn the value of money” and Xie ended up working the floor as a sales assistant at Nordstrom that summer.

“Being Chinese, both my mother and father grew up with the notion that success equals hard work. The idea of overnight success via social media is something they still have a difficult time understanding,” she explains.

“My parents have raised me and my brothers to be humble and well-rounded individuals … and I had to explain to them that social media is an important part of personal branding in today’s world.”

Today, she hasn’t completely left her unformed, pre-fashionista self behind. She continues to ride horses and compete whenever her schedule permits, but it’s a schedule increasingly filled by fashion – with an ambitious career roadmap increasingly taking shape.

“I’ve always loved shoes, so you may see me launching a luxury shoe brand in the near future,” says Xie confidently. “And I also want to establish myself as an investor in the future, once I understand more of the fashion business from A-Z.”

Sign up to get the latest luxury and lifestyle news delivered to your inbox.
Jing Zhang
Fashion people

Laurence Graff’s sparkling success story and why he loves Singapore