Jess Quinn was nine when she was told she had bone cancer and part of her leg would have to be removed.

She didn’t understand it at the time — the surgeries, chemotherapy, physical therapy and prosthetics — but her fearlessness, can-do attitude, and relentless positivity knows no bounds. Today, at 27, the Kiwi model has amassed an 180K-strong following on Instagram, competed on Dancing With The Stars, spoke on TED, worked with Nike, campaigned for a petition to force brands to declare retouched images, and she’s only just getting started.

Ahead, we speak to the young multi-hyphenate about resilience, self-acceptance, and life goals after her session on AIA Live, a one-day online wellness extravaganza headlined by AIA’s Global Ambassador David Beckham and joined by international and local celebrities including Andie Chen, Amanda Chaang, and Andrew Marko.

What was it like for you to go through an ordeal like cancer at a young age?
(It was) definitely challenging, but I think a lot of the challenges are things I’ve only understood in hindsight. In a way, I experienced everything twice. Once when I was 9, and again when I was old enough to make sense of what I went through. 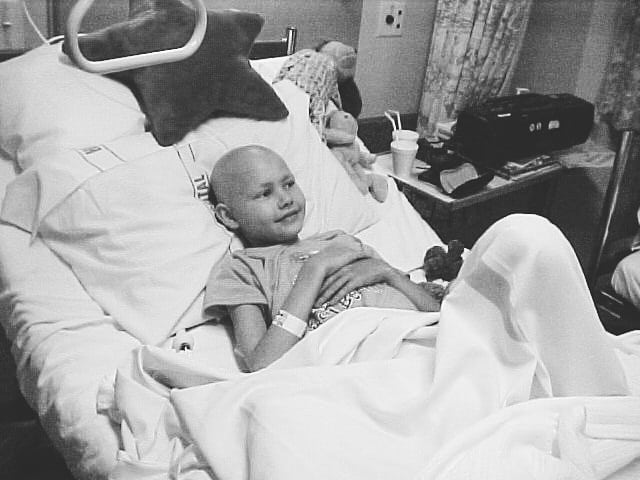 What was it like to put on your first prosthetic, and how did it affect your body image and identity?
It’s been a journey that’s for sure. I remember, at first, I was just so excited to be getting a leg again. By that point, I’d be in the hospital for over a year, so I was really ready to get back to my life, but I was naive in not understanding that this new leg (prosthetic) I would be getting wouldn’t replace my old leg in the same way. I soon realised that I actually had to learn how to do everything all over again. It was a matter of, “ok, I have this new leg but now I have to learn how to use it”. Luckily, I was young, resilient and fearless, so I just got on with it. The real struggles came when I entered my teen years. I thought it was so unfair that I had to look so different from everyone I knew, but I’m grateful for going through all of that at such a young age as it gave me the ability to really understand that we are all different and that the way our bodies look is the least important thing about us.

How did you get into modelling?
I’d dabbled a bit growing up. Then I got my running blade prosthetic in my early 20s and decided to do a photoshoot with a friend for fun. That shoot ended up going viral, which is how I built a community through Instagram and from there, I got scouted by a modelling agency in the US. For me it’s always been about the bigger message. I didn’t want anyone else growing up thinking they too were alone in their differences. How can we be more empathetic, sensitive and helpful to people with disabilities?
I think we all just need to see everyone as humans and that every single one of us is different. People with disabilities get put in a whole other category. At the end of the day, we are just people with different lived experiences. No two people who are “differently abled” have had the same experience. I think we just need to start conversations, ask questions, learn about each other and the lives we all live. Putting people in boxes is how we create inequality.

What are some of the barriers to equality you’ve experienced?
I have been very lucky to have always felt equal and included, but I’ve always had a “can do” attitude. If something hasn’t been built with my needs in mind, I find a way around it. But I have a differently abled body that allows for that kind of mobility — not everyone’s the same. Accessibility is a huge one. There are so many buildings I go to and think how many people I know who physically wouldn’t be able to go there because of their situation.

Have attitudes towards persons with disabilities changed over the years?
To be honest, I’m not sure. I think people with “disabilities”, a word I don’t personally use, get grouped together. People assume their experiences are all the same, but everyone’s lives are different. I’ve lived a very privileged life where I have had so much support, I had family who told me I could be anything I want to be, and I grew up with the confidence to go after it, therefore my experience is different to someone who might not have had that. I personally have never experienced any negative attitudes towards me or my prosthetic, but I can’t say that’s the same for others. What advice can you tell people who are struggling with their bodies?
You are so much more than your body. I wasted so many years worrying about what other people thought of my body and how I looked, only to realise that I don’t want to get to the end of my life and realise that I was mostly consumed by my appearance. Our bodies are merely a vehicle for the lives we live and how we spend our lives is so much more important. Find a way to celebrate your body for what it can do instead. The fact that you wake up to a new day and plant two feet on the ground is an incredible thing.

What would you say to your younger self?
My life motto is “you’ve got this”. It’s gotten me through almost everything. But that doesn’t really answer the question as I already used to say that as my younger self. In which case, I would tell her to be present, make the most of every moment and to never hide away from the things that make her different because those are your superpowers.

What gives you hope?
The younger generation. I know we have so much to learn and change in our world, but I feel hopeful that my generation and the ones below me are growing up asking the hard questions and taking a stand for what they believe in. I believe this will create a more inclusive and peaceful world.

What are you most passionate about and what is your biggest goal right now?
Normalising being different. So many of us hold ourselves back because of our differences but I truly believe that the one thing we all have in common as humans is that we are different. I want to show people that. I want to reach young people who are growing up in a world of social media that causes even more comparison than the world I grew up in. I want to show young people that adversity is merely just an obstacle not a roadblock. I have a lot of dreams and goals, but it all comes back to the above mission.

Watch her session and the full replay of AIA Live at the AIA Healthy Living YouTube channel.

Sign up to get the latest luxury and lifestyle news delivered to your inbox.
people Models women empowerment
Crystal Lee
Digital Editor
Prestige Singapore's Digital Editor wonders if she's better with words or numbers. Some days she thinks she's terrible at both. But most of the time, she's pretty good at eating, drinking, admiring beautiful things, and exploring new worlds.
Wine and Dine Tech travel culture beauty Fashion

Breast Cancer Awareness Month in Singapore: How to support the cause in 2020