Three personalities-about-town open their little black books to Crystal Lee, highlighting their favourite places to eat, drink and play in Singapore and beyond. In this instalment, we have Kozo Kawamura.

Opening Colony Clothing in Singapore in 2013 was a natural progression for sartorialist Kozo Kawamura, who spent over 15 years at Japanese retail stalwart Beams managing local brands and designing for the company’s in-house label. At his UE Square boutique, Kawamura curates menswear and womenswear with an East-meets-West sensibility for the local market, while continuing to design for Colony Clothing’s namesake luxury resort wear label, made for jetsetters like himself. The style maestro lets us in on his hometown, a little-known Japanese restaurant in Singapore that he loves, and what he drinks at his favourite bar. 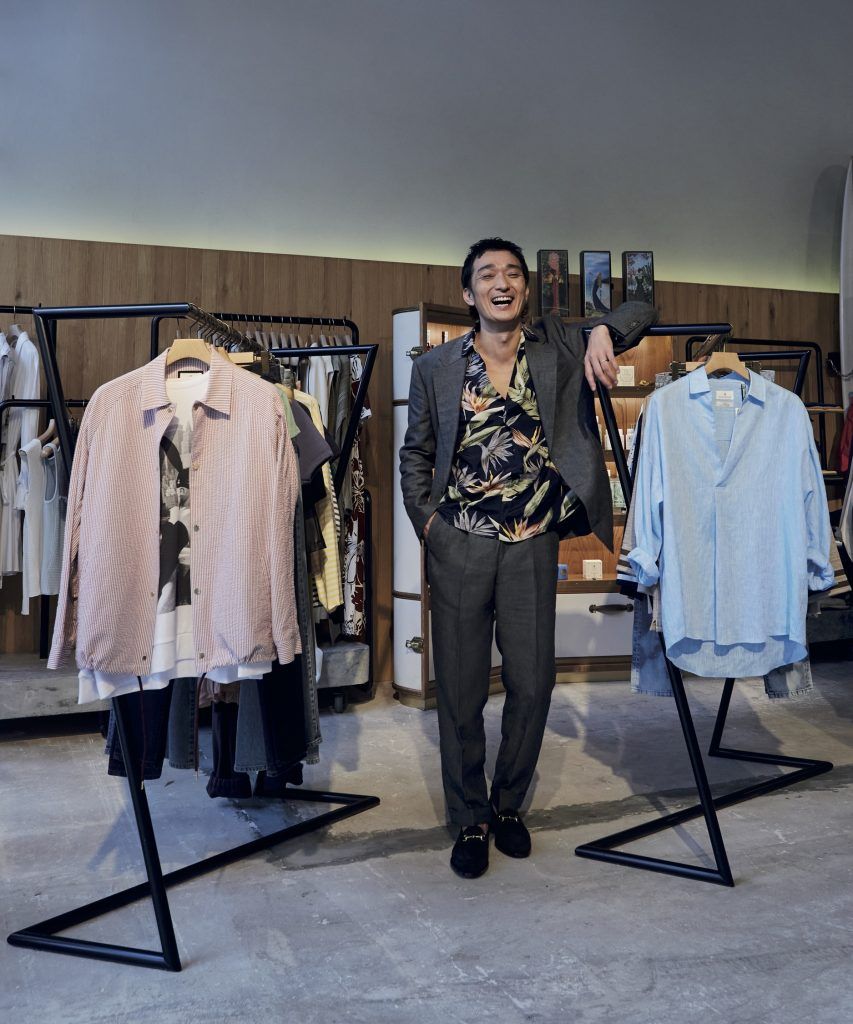 The best little-known Japanese restaurant in Singapore: Mobomoga is an izakaya near Colony Clothing that I frequent for sake paired with authentic Japanese cooking. A must-try is the Shizuoka-style oden, which has a dark, salty-sweet broth brewed for a long time with beef tendon and soy sauce.

A memorable drink: The Summer Garden cocktail from Honcho at Ann Siang Road is as refreshing as it sounds, with ingredients such as Tanglin Singapore gin, lime, sweet basil and Japanese cucumber.

Favourite coffee spot in town: Call me biased, but Colony Clothing serves great coffee. The beans we have change according to the seasons, so there’s always something new to explore.

A beloved local dish: My friend Peter Lee – brother of local music legend Dick Lee and the Honorary Curator of the NUS Baba House – makes the best thunder tea rice that I’ve ever had with his family’s recipe. Unfortunately, he doesn’t do private dining – yet!

The most underrated holiday destination: Medewi on the west coast of Bali is a fantastic surf spot. In fact, it’s one of the longest left point break with mellow waves.

A painfully beautiful place in Japan: Enoshima, my hometown, is a small island off the Shonan coast of the Kanagawa prefecture. The western end of the island is famous for spectacular views of Mount Fuji throughout the year. I love driving along the coast line, and stopping at one of the seafood restaurants along the way for lunch or dinner.

An alternative Tokyo attraction: Golden Gai in Shinjuku is kind of shabby, but it’s an interesting drinking alley full of equally interesting people. Not all bars in the area will welcome tourists (due to space constraints), but if you find yourself in one or two of the 200-odd bars in the area, talk to the people at the bar or behind it. You will not see people like those in the main city.

A lazy weekend: I’ll paddleboard at East Coast Park, have Hawaiian beer at Aloha Sea Sports centre where I store my board, then go to East Coast Lagoon Food Village for some local fare like barbecued seafood and chicken wings.

This story first appeared in the July 2022 issue of Prestige Singapore.