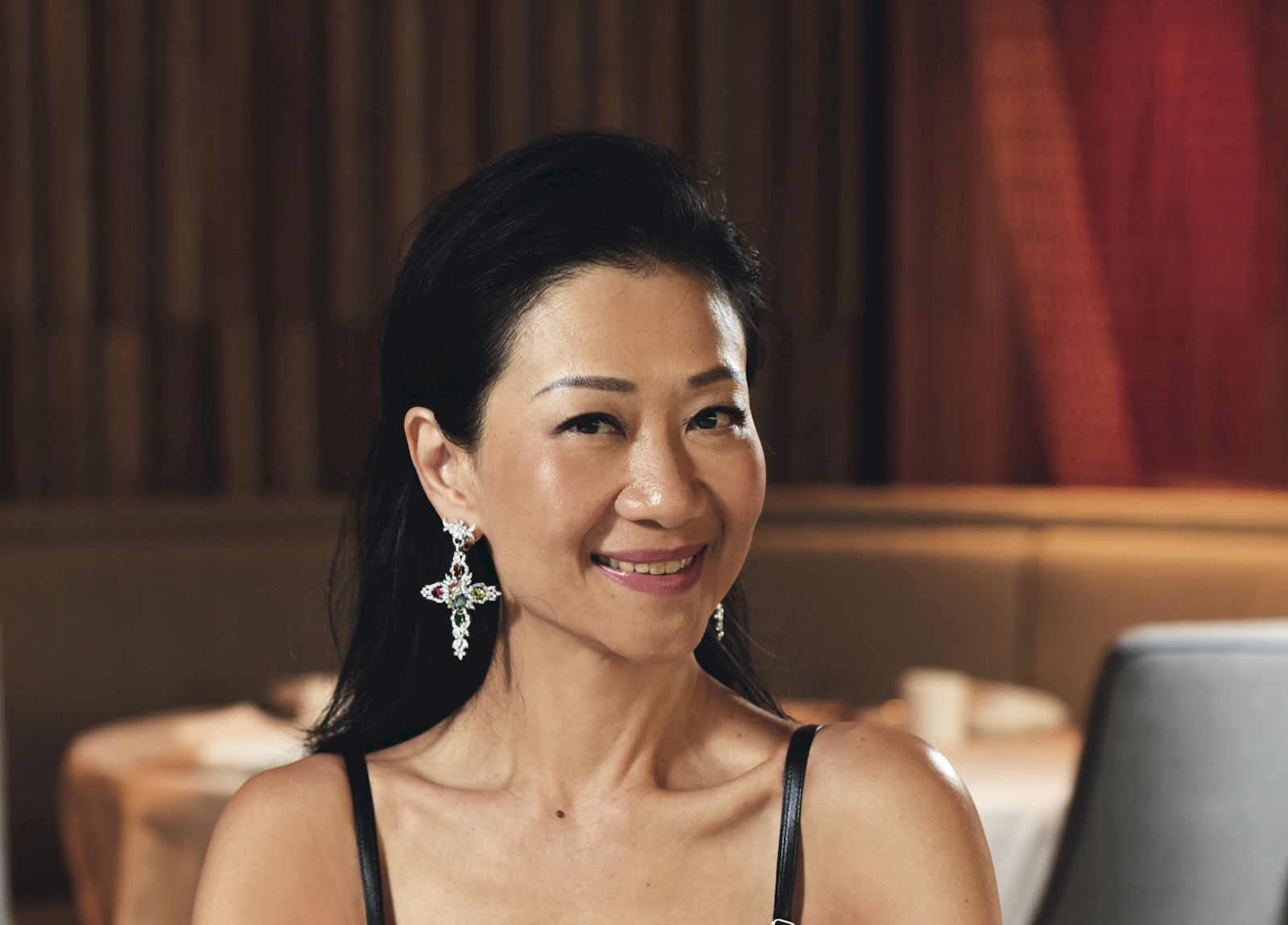 People & Events
Lionnel Lim
Sign up to get the latest luxury and lifestyle news delivered to your inbox.

Dana Cheong is one hard woman to pin down. Constantly on the move, she could be in Paris one week for Gucci’s high jewellery launch and back in Singapore the next, attending a gala or partaking in a photo shoot for a magazine. Somehow, this gyrotonic and gyrokinesis trainer finds the time for a leisurely sit-down lunch with us at Cantonese restaurant Yàn at National Gallery Singapore.

We’re here to sample the refreshed menu by Yàn’s new head chef Ng Sen Tio. Recently launched, it features dishes with seasonal ingredients and well-balanced flavours. The trio of appetisers — Fried Minced Duck Meat & Cuttlefish Paste In Egg Pancake, Marinated Okra With Homemade Spiced Sauce and House Special Caramelised Barbecued Pork — quickly finds favour with Dana, who says: “I like this combo, as the saltiness of the duck pairs nicely with the refreshing spiciness of the okra. The barbecued pork is charred nicely too, with just the right sweetness and a little fat.”

Soups form the cornerstone of Cantonese meals and the one served here does not disappoint. The Golden Pumpkin Broth With Seafood & Chicken Paste Beancurd — comprising a pork and chicken consommé blended with steamed pumpkin puree, and a house-made bean curd that’s an amalgamation of scallops, prawns, chicken paste and silky bean curd — is heartily enjoyed by Dana, who describes it as being “not only delicious, but also comforting”.

Another highlight of the meal is the Wok-fried Lobster With Homemade Pumpkin Sauce. “I usually prefer crab meat over lobster meat, as the latter can be tough and chewy if it’s not prepared well,” she shares. “But that’s not the case here. Also, the light pumpkin sauce proves a pleasant surprise and the slivers of purple sweet potato go well with the lobster flesh. I like that there’s a mantou to soak up the delicious sauce with!”

As for desserts, it’s hard to pick just one, so Dana went for two: The Chilled Peach Resin With Osmanthus And Aloe Vera Jelly, reminiscent of cheng tng, and the Hot Almond Cream, which she prefers as “I’m old-school, so this is a winner in my book. The consistency is just right — not too watery, not too thick.”

Obviously a foodie, we also ask Dana what are some of her favourite places to eat in the world.

“One of my favourite places to eat at is Asador Astillero, a small restaurant in San Sebastián that serves the freshest seafood,” she says. “I like the fuss-free preparation — it’s the best way to enjoy the taste of the sea. Its chargrilled turbot is a must-try.”

Another favourite of hers is the Beijing Da Dong Roast Duck Restaurant in China, where it serves up the best Peking duck in the world. “It’s also known for modern Chinese food from different regions,” she continues. “And it is a firm favourite among celebrities, government officials and foreign dignitaries.”