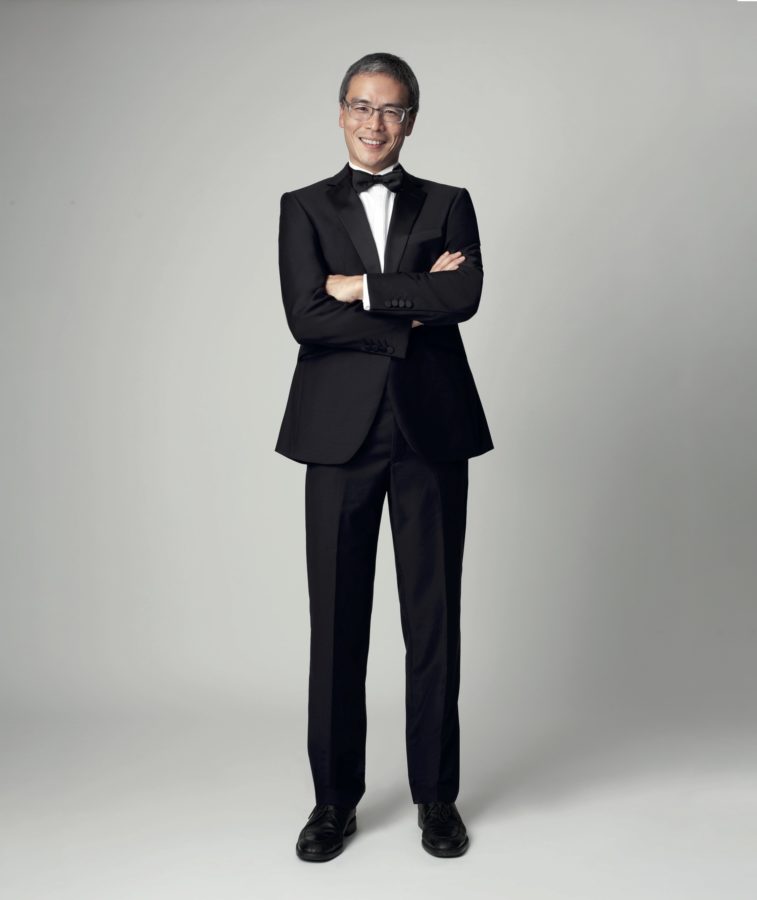 More to Give: Laurence Lien on how philanthrophy should be part of our everyday lives

People & Events
More to Give: Laurence Lien on how philanthrophy should be part of our everyday lives
Share
Next article

In recognition of his long-time philanthropic contributions, Prestige presented Laurence Lien with the inaugural Patron Award at our 19th Anniversary Ball.

He shares his refreshing approach to philanthropy and explains why it’s not just about giving big bucks.

Everyone can and should be a philanthropist. That is the belief Laurence Lien holds and wants to perpetuate. The 49-year-old is the chairman of the Lien Foundation, a philanthropic house founded by his grandfather in 1980, as well as the co-founder and CEO of the Asia Philanthropy Circle (APC), a non-profit membership platform for Asian philanthropists to exchange, coordinate and collaborate. Addressing the room upon receiving the Patron Award at the Prestige 19th Anniversary Ball in September, he pointed out that philanthropy is often seen as “giving big bucks”. But he explained that the “meaning of philanthropy just means a ‘love of human kind’.”

Expanding on this definition, Lien says philanthropy is about giving of oneself – not just money – and should be applied in our everyday lives. “Not everyone has pots of money, but we all have 24 hours in a day,” he says. “If you give whatever you can give of your time, resources, skills or talent, that makes you a philanthropist.”

Radical Philanthropy
This perspective translates into the work Lien does for the various philanthropic organisations he is involved in. When he first got a seat on the board of the Lien Foundation in 2002, the then 32-year-old started rethinking and revising the current model of philanthropy into one that would “go beyond just writing a cheque.” Lien realised that in order to effect real change, the foundation had to not just give passively, but see charities as partners that it could co-create solutions to societal problems with. This resulted in the “radical philanthropy” approach that the Lien Foundation is well-regarded for today.

“For us, radical philanthropy is about getting to the root cause of issues and not merely dealing with the symptoms,” explains Lien. “It involves doing new or difficult things that others are not doing to fill the gaps, choosing areas that are not sexy or the most popular and then trying our best to make more of a difference in those areas.”

One such area the foundation focuses on is eldercare and end-of-life care. “End-of-life care is completely unsexy,” says Lien, “but we weren’t afraid of advocating for change.” Together with the Economist Intelligence Unit (EIU), the Lien Foundation created the Quality of Death Index, which ranks palliative care across the world. In the first edition in 2010, Singapore placed 29 out of 40 countries. But five years later in 2015, the country’s ranking rose to 12 out of 80. “In just five years, we contributed to changing how end-of-life care is being conducted through investing a lot in capacity building, training, research and public awareness.” Under his leadership, the Lien Foundation has also been successfully innovative in its approach to other areas like early childhood education and water and sanitation, and it continues to be one of the most well-known charity organisations in the region.

Spurring a Movement
Lien has also set up various institutions that target different types of givers. In 2008, he founded the Community Foundation of Singapore (CFS), which encourages and enables philanthropy by helping people to set up donor advised funds. These are charitable fund accounts through which people or organisations can pledge money to beneficiaries, without having to start their own foundation or trust.  “This takes the headache out of giving and has been fairly popular among those who are just starting out in philanthropy,” says Lien. More recently, he co-founded the APC, which sees more experienced donors looking to connect with others of a similar mindset to collaborate on bigger projects.

While he has successfully created these different platforms for more engagement, Lien says society cannot rely on the efforts of philanthropy alone because resources are limited. Instead, governments and businesses, who have much deeper pockets, have to play a part as well. “The best use of philanthropic resources is in innovation,” declares Lien. “Philanthropy can be the innovation capital, risk capital, and fund things like experimentation or early stage work that shows proof of concept. Then, it’s up to governments or businesses to take that and scale.”

This is something Lien is working towards in his current project of setting up the first assisted living facility in Singapore. To be completed in 2021, the facility plugs the gap between seniors who live at home and seniors who live in nursing homes by integrating housing, medical and personal care, as well as community. “It is essentially a service apartment with services that cater to whatever you need, but there are also opportunities for you to socialise, which is what is missing in the daily lives of a lot of older people,” says Lien. While it is extremely challenging to streamline the different aspects, he hopes it can be the demonstration model for what works and what doesn’t, to ultimately spark other projects.

“At the end of the day, this is not just about creating entities but also about creating a way of doing things that others will take on or imitate – creating movement,” he says. “I hope to influence the way that people look at their own lives and what’s important in their lives. Giving should be a part of it.”

Sign up to get the latest luxury and lifestyle news delivered to your inbox.
Annabel Tan
people