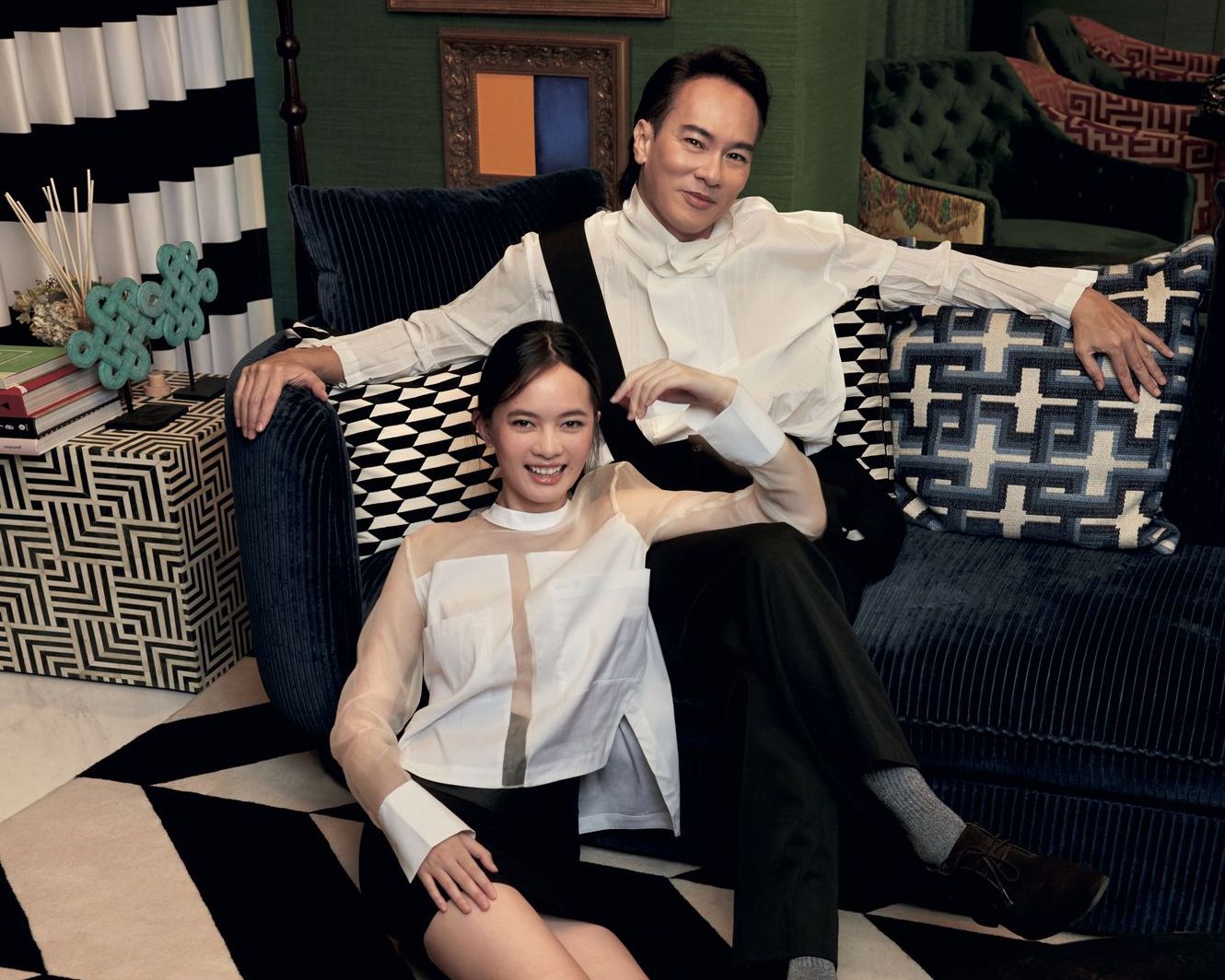 Cheery by nature, Ariel Mok, a global account executive at Grey Singapore, is cut from the same cloth as her gregarious father, Henry “Happy” Mok. “We’re definitely the crazy ones in the family,” she exclaims chirpily with an American accent from her years studying abroad.

At the shoot, both were laughing and chatty with the crew. Henry, a hedge fund proprietor and property developer at HAP Financial, requested for the music to be turned up: “This is not a shoot until we can feel the beat!” When told that his daughter had perfected her expression for the camera, Henry went into overdrive and started pouting for the camera. After the father-daughter pose-off, Ariel insisted that we take a photo of them just clowning around and making funny faces.

On their similarities, Henry muses: “I think our shared philosophy of being happy and our carefree nature is obvious. We’re also very stubborn… maybe it is hereditary! And we have the same entrepreneurial spirit, but I do hope hers is stronger than mine.”

Ariel adds: “I’ve created many businesses since I was in primary school, and while my dad was always supportive, he never advised me; I do wish he could be more like a mentor. He sees me as his precious little girl, but sometimes, I want him to guide me like a good commander in war. Not shelter me!”

If he could keep his daughter locked up, he would. Henry dreads the day that Ariel announces that she is getting married. “She is attractive and has many suitors. The thought of her not having a compatible partner and a blissful marriage terrifies me. She’s a pretty girl, but I fear her strong personality might stand in her way of a lasting relationship.”

Ariel laments: “My dad loves to embarrass me! When I was 11, I was telling the architect how to design my bedroom to my specifications. I was thinking of an ’80s theme: Disco ball, bean bags, juke box, etc. So I asked my dad how to explain the theme to the designer. The word I was looking for was ‘retro’, of course.”

“But my dad, who said he knew what I meant,” says Ariel, before bursting out in chortles, “gave me the description that I innocently repeated to the designer: ‘Kinky, like furry handcuffs!’”