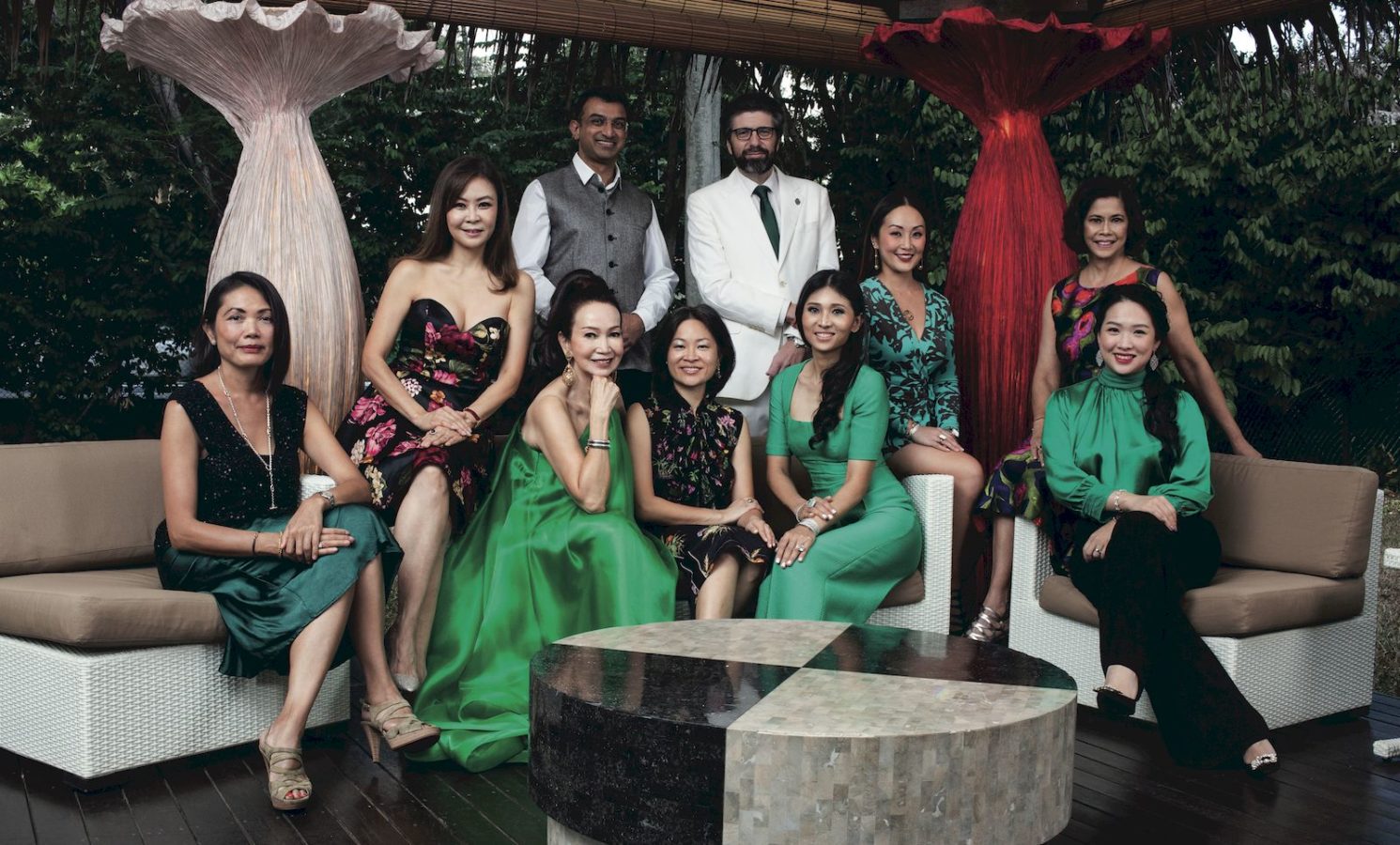 As the climate crisis continues to worsen, there is an urgent need to push for more impactful changes and address environmental issues. In Singapore, there is a group of individuals championing this cause together with the Monaco-based charity organisation, Prince Albert II of Monaco Foundation. Founded in 2006 by HSH Prince Albert II of Monaco, the foundation was established with the aim to protect the environment and promote sustainable development on a global scale.

To increase awareness of this mission and garner more support internationally, branches of the foundation were started in various countries, including Singapore in 2008. Its members are a group of people passionate about the environment dubbed the First Circle. In October 2019, some new members were officially inducted into the foundation at a reception hosted by Jacky Deromedi, President of the Prince Albert II of Monaco Foundation Asia.

Addressing the First Circle at the reception, Mdm Deromedi said: “We have been lucky enough to be given a planet we can live on, but it needs saving. And if we don’t start doing more than what we are doing today, our children and grandchildren will be the ones to suffer. Today nothing is more important than fighting for our planet.”

It is a sentiment echoed by long-time First Circle member and society stalwart Celeste Basapa, who has been volunteering with the foundation since its beginnings. In the late 1990s, she had started to travel to places with vast landscapes instead of the big cities she was used to. She was deeply moved after discovering the deserts and game reserves of Africa, forests and mountains of Europe and various oceanic destinations.

“It dawned on me how wondrous the planet is in its natural state and that we have to preserve its beauty,” she recalls, adding that she soon sought out a charity to volunteer with and through her personal friend Mdm Deromedi, started to get involved with the foundation.

First Things First
The Prince Albert II of Monaco Foundation Asia’s main effort in Singapore is a biennial fundraising gala dinner. This year, the ball will take place on 25 November at Marina Bay Sands. The money raised will go towards the foundation’s three main areas of action: Limiting the effects of climate change and promoting renewable energies, safeguarding biodiversity, and managing water resources and combating desertification. Rather than starting its own projects, the foundation supports the initiatives of public and private organisations, in the fields of research and studies, technological innovation and socially-aware practices.

RISE UP ! #sdg14 The #ocean sustains all life on Earth and is essential to the survival and well-being of humanity. @fondationprincealbert2 has joined the #RiseUp4TheOcean movement, a #BlueCalltoAction inviting governments and companies to commit to ocean protection and take action in preparation of the next UN Ocean Conference. #ClimateAction #SaveOurOcean #BlueCalltoAction #ocean #fpa2

A post shared by Fondation Prince Albert II (@fondationprincealbert2) on Mar 5, 2020 at 5:13am PST

Honorary Consul of Monaco in Singapore and Director of the Asian branch of the foundation, Jean-Marc Deromedi, explains: “The foundation studies and accompanies existing projects in gestation, and helps them to come to fruition. That brings a multiplier effect in two ways. First, the project carries more weight because the prince has put his reputation and stamp of approval on it and second, we have the help of over 40 scientific and financial experts from all over the world that volunteer with the foundation and can contribute.”

He adds that when it comes to making a big environmental impact, he has found that the best way for most people like himself to help is to raise money to allow the professionals with expertise to carry out the projects.

Ready For A Sea Change
One initiative that Mr Deromedi is currently working to get approved by the foundation is with JTC Corporation, the statutory board under the Ministry of Trade and Industry. He learnt that JTC is carrying out artificial reconstruction of coral reefs using purpose-built reef structures and hopes to duplicate them in the Mediterranean Sea facing Monaco. While the reef structures are not fully operational yet, he was already impressed with the corals that had grown within just 10 months.

“I was amazed that life can start again even with the poor water quality in Singapore and having huge tankers 200m away. Which means that we can do this with more species or corals and in more places,” says Mr Deromedi.

A Green Shift?🌎 In a series of short video interviews, the Prince Albert II of Monaco Foundation is inviting personalities and scientists to open the window on post-pandemic environmental perspectives. Jean Jouzel, climatologist and glaciologist, Former Vice-Chair of Working Group I of IPCC expert and Board Member of the French committee of the Prince Albert II of Monaco Foundation, urges us to “move along the path towards “carbon neutrality” by 2050″. All investments that will be operational at that time should already focus on reducing our emissions and/or adapting to inevitable global warming. Countries that are the fastest to commit to doing this will be in a win-win situation, not only in relation to the environment and quality of life of their people, but also as far as economic vitality and employment are concerned.” #agreenshift #environment #dayafter

A post shared by Fondation Prince Albert II (@fondationprincealbert2) on May 4, 2020 at 5:32am PDT

Reflecting on the past 12 years collaborating with the foundation, Mr Deromedi says that awareness of the climate crisis among the general public now is much greater than before and is optimistic about its future here. He says that at the beginning, many people who donated and attended the ball were there for the social aspect of it and to catch a glimpse of the prince. “But today I begin to believe I could do fundraising even without the prince,” he says, “simply because people are more involved in caring for the environment.”