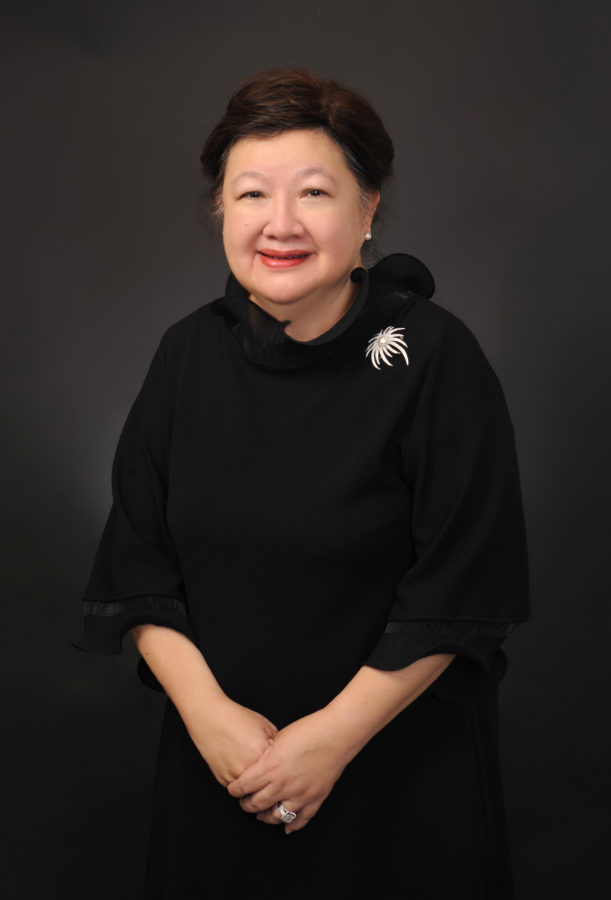 For her outstanding philanthropic contributions to the nation, MILDRED TAN, Chairman of the National Volunteer & Philanthropy Centre, is the recipient of this year’s Prestige Patron Award 2020. She tells us how she, along with NVPC, is championing a better world in Singapore.

‘‘I never considered myself a philanthropist until someone educated me on the definition,” confesses Mildred Tan. For her, its meaning was once synonymous with monetary donations. Years ago, she was asked to give a talk in which she was described as one. When she refuted the title, the organisers explained that being a philanthropist is not about money. “They said, ‘You are a philanthropist because you give your time, skills and knowledge to promote philanthropy for the betterment of others.’”

Her modest perception of her own giving journey stems from a lifelong habit. “It wasn’t as though I was called into it. Mine is a simple story of growing up fortunate.”

The Right Start
As a student at Methodist Girls’ School, where the motto was “to master, to grow, to serve”, Mildred was a member of the Girls’ Brigade. She spent Saturday afternoons giving tuition to the disadvantaged students at the now- closed Grace Home. “It made me realise that we are so blessed, and that it’s important to always give back.”

Outside of school, her family paved the way for a lifetime of charitable giving. Her mother was actively involved in the Singapore Children’s Society and often fundraised through setting up stalls at the charity’s funfairs where Mildred and her siblings would help out. “It became a way of life for me,” she adds.

Today, she is the Chairman of the National Volunteer and Philanthropy Centre (NVPC), an independent not-for-profit organisation that advocates giving. While she has spent decades in business management, organisational development and restructuring work, her devotion to community work has never faltered. The former Managing Director of Ernst & Young Advisory has a resume that’s studded with community work. For her contributions towards the nation, she was also conferred the Public Service Medal in 2007 and the Public Service Star award in 2014.

The word multi-hyphenate is frequently thrown about, but it encapsulates Mildred in a nutshell – aside from being a former Nominated Member of Parliament from 2009 to 2011, she also serves on numerous councils, boards and committees.

Despite the diversity of her roles, it all culminates in a single end goal for Mildred. In any role she takes on, her mindset is to “build a better world for Singapore”.

Mildred declares that Singaporeans have big hearts, and this was proven during the pandemic. She cites the viral #GiveYour600 Giving.sg campaign, where Singaporeans could donate their Solidarity Payments of $600 to charities that were raising funds for Covid-19 causes. In April, NVPC received a sum of donations of $20.4 million, a number that exceeds the first four months of each of the past four years.

But she urges us to adopt a more sustainable way of giving, where it becomes habitual to help with the daily needs of the vulnerable.

“When we talk about volunteerism, it has to go beyond just individual volunteerism because this tends to be more episodic. To make it stick, adoption is the way to go.”

A way of promoting philanthropy is by bringing a group of people together. She explains: “Nothing is greater than peer influence. If I see my friend doing it, I, too, will be inspired to move in that direction. We’ve seen it time and time again.”

This is where NVPC’s City of Good vision comes into play. It hinges on three pillars where people, organisations and leaders come together to give their best for others.

Under this vision is its programme that connects organisations to collaborate on giving efforts called Company of Good, formed in 2016. It helps businesses optimise strategies and resources to sustainably integrate impactful giving, and provides networking opportunities for corporate social responsibility practitioners to meet like-minded peers as well.

NVPC begun by reaching out to Chief Executive Officers (CEOs) who, according to Mildred, went beyond writing checks. “They spent years on a particular cause or charity and adopted them,” she says. “When their own employees worked with these charities, the CEOs themselves became Leaders of Good.”

It became a chain reaction at NVPC’s hosted lunches. “Let’s say I’m a CEO. I get my friends to come and they bring their friends. Before you know it, magic happens.” Together, the leaders form a network of cross-sector collaborators with a united goal of successful social impact work. To date, Company of Good has over 1,000 companies in its community.

Mildred mentions Ang Kian Peng, the director of Samsui Supplies & Services, which is a subsidiary of Soup Restaurant. “We started it with him alone and then he brought in his friends. It’s a beautiful story,” she adds.

In the philanthropic space, problem-solving approaches have also innovated through more effective solutions, or what Mildred calls “value creation efforts”. In helping the vulnerable, transformation is key. “How do we help people pivot to change?”

She gives Singapore Airlines’ redeployment of its cabin crew as Care Ambassadors in hospitals as an example. “This is what I call a giving landscape. It’s not so much about money. There are lots of opportunities to share your time, talent and skills.”

Mildred also praises the contributions of Small and Medium Enterprises (SMEs). “People think it’s mainly the big companies who do good but our SMEs are doing a fantastic job. Despite the challenging times, they not only think about their shareholders but their own people and how they can retain them.”

Beyond organisations and leaders, building a City of Good is the individual’s responsibility. Little acts of kindness can go a long way. “I call it ‘neighbours helping neighbours’. Like visiting the elderly, the disadvantaged. Sharing soup with your neighbours.”

Ultimately, Mildred says that “everyone can be a philanthropist”.

Time is of the essence
Time is currency in philanthropy. Mildred highlights Tan Chuan-Jin, the current Speaker of Singapore’s Parliament, as an unsung hero. “Unknown to many, he volunteers during one of the morning shifts at Assisi Hospice when the nurses have a heavy workload. He helps out with the vigils as part of the ‘No One Dies Alone’ team,” she shares.

“His responsibilities range from preparing and serving breakfast, changing diapers and cleaning patients when they soil themselves, bringing them around the grounds in their wheelchairs, to quiet moments where he would just sit with the patient and hold their hands during their last moments. While seemingly menial, he feels that supporting these tasks is important because it frees up the nurses’ time to let them focus on professional work, like administering medication which the volunteers are not able to do. No one knows about this. Isn’t it so inspiring?”

A burgeoning youth sector has Mildred optimistic for Singapore’s philanthropic future. She mentions that NVPC sees plenty of intern applications and volunteer trainees. “It reflects well on Singapore to see the young ones coming up. They are not just socially conscious; they’re really well informed. They’re ready to roll up their sleeves, which is fantastic.”

At home, she inculcates this spirit in her young grandchildren, who are four and six years old. “I ask them what they are thankful and grateful for every day. It’s something I grew up with. I want my children, grandchildren and their grandchildren to feel this sense of gratitude to people,” she asserts.

“At the end of the day, if someone were to ask how we would describe our home, I hope they would say that Singapore is a City of Good.”

Sign up to get the latest luxury and lifestyle news delivered to your inbox.
philanthropy NVPC Prestige Patron Award 2020
Nafeesa Saini
Features Editor
Nafeesa straddles both the print and digital Prestige publications, helming the features and lifestyle section. While storytelling is her core passion, she spends her free time looking at home decor inspiration, working out, and nursing copious amounts of coffee.
travel beauty Wine and Dine Women's Fashion Wellness culture

More to Give: Laurence Lien on how philanthrophy should be part of our everyday lives