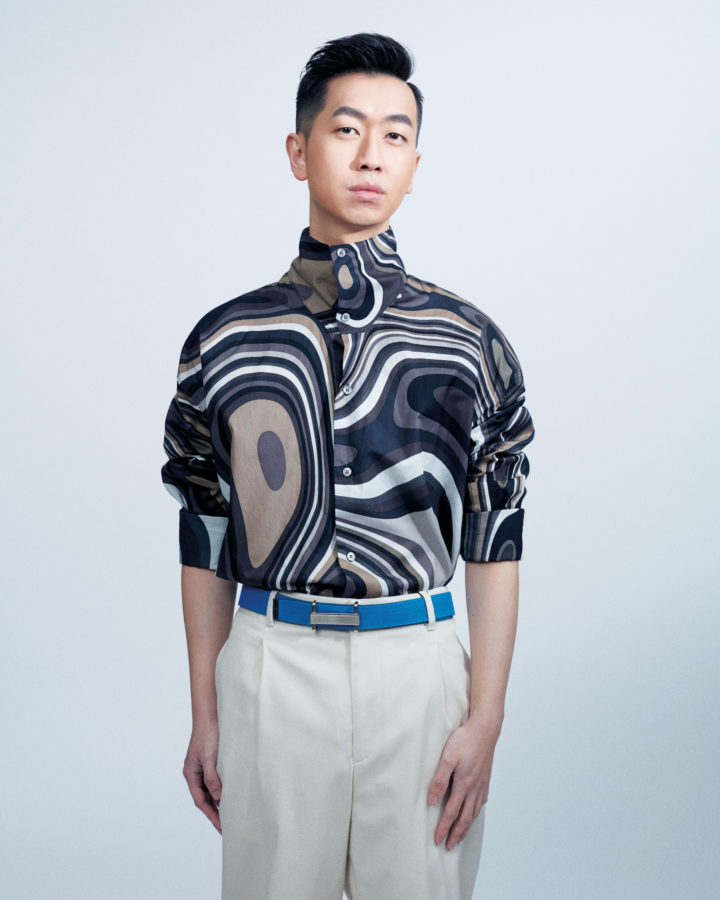 Ng Yi Ming: The co-founder of Tribe Accelerator on championing Singapore as a blockchain and deep-tech hub

People & Events
Ng Yi Ming: The co-founder of Tribe Accelerator on championing Singapore as a blockchain and deep-tech hub
Share
Next article

For the better part of an hour, Ng Yi Ming deftly unravels the mystery that is blockchain to me, a writer whose tech expertise barely extends beyond Excel. Decoding deep technology for the layman has become second nature to the 29-year-old, who has been running Tribe Accelerator, the Singapore-based blockchain accelerator he co-founded and is managing partner of, for over two years now. I am just one of those he enlightens every week, given the enigma that is blockchain and the fact that his company is one of the few of its kind in the world.

Tribe Accelerator is Singapore’s first government-supported blockchain accelerator and aims to enable start-ups to leverage blockchain solutions. It counts more than 40 global corporates including AXA, BMW Group Asia, Citibank, IBM, Intel, Temasek and more as partners. In just over a year, it has raised more than $40 million for its early-stage portfolio firms. The accelerator is the main arm of the Tribe group, where Yi Ming is co-founder and CEO. He likens it to a “professional matchmaker of the digital age” as it provides a neutral platform to connect corporations, governments, universities and technical talent in one ecosystem.

Essentially, blockchain functions as an immutable ledger that records all modifications made to it, making transactions transparent, reducing risks and preventing fraud. But, as he explains, it is the applied uses of this technology in solving real-world problems that make it truly revolutionary. These include allowing consumers to trace their food right up to the source, track the history of their second-hand car purchases and ascertain the authenticity of luxury goods. It enables a deeper sense of trust in products purchased – especially those that come at a premium.

One start-up that has greatly benefited from this is Mighty Jaxx, which develops designer toy and art collectibles. These are often limited-edition pieces made in collaboration with renowned artists and international brands like DC Comics, Warner Brothers and New Balance. As it ships its products globally, the local company faced issues where collectors were sending them photos of products and trying to authenticate them virtually.

“When I hear about problems like these, it just makes me think, ‘It’s 2020. There should be more ways to solve problems with technology’,” says Yi Ming, who was a top Singapore Polytechnic aeronautical engineering graduate and the salutatorian of his year, before furthering his studies at Imperial College London, where he obtained a Bachelor of Mechanical Engineering with Honours (First Class).

Through Tribe Accelerator, Mighty Jaxx connected with GovTech, one of the seven Singapore government agencies the accelerator works with, to develop blockchain-enabled NFC chips that are embedded in each collectible. Buyers can scan the tamper-proof chip with their mobile phones to authenticate the item and register as the owner.

Yi Ming also saw a way to help Mighty Jaxx capture a new source of revenue. “The designer toy industry is a multi-million-dollar one, and toys can sometimes flip for up to 30 times its original value on the secondary market,” he says. “If Mighty Jaxx can capture even just 1 or 2 per cent of each secondary market transaction, it would amount to a lot.”

Today, in order to transfer a collectible’s certificate of authenticity to the next owner, a fee is charged and goes directly to the people who created it. “This incentivises everyone on the supply chain, including artists and designers, to produce toys with good quality because now it’s more than just the first sale that matters.”

Since working with Tribe Accelerator in April 2019, Mighty Jaxx has raised more than $7 million in funding and grown from over 20 employees to more than 70. “This happened even through the pandemic, which I think is amazing,” says Yi Ming. “What we’re doing is using technology to help our home-grown champions scale. It makes me proud to showcase what Singapore can offer to the world on a blockchain perspective.”

Beyond enabling blockchain to solve real-world problems, Yi Ming is also working to build a wider ecosystem that helps propel Singapore as a collaborative nation. “Today, the problem with blockchain is not the technology as it has already arrived,” he explains. “Instead, it is about how people work together – that’s much harder.”

In the beginning, getting competing corporations like IBM and Intel on board was no easy feat. “From a business-centric standpoint, every corporation is vying for market share and to be the leader of the technology. But the nature of blockchain is that it requires an ecosystem to prosper. This means industry competitors coming together to build a more robust network,” he says. “We had to reshape that old perspective.”

They did so by presenting Tribe Accelerator as a neutral platform to drive industry-led innovation, where different stakeholders have equal say and can collectively agree on how to regulate the blockchain. This is unique for a blockchain accelerator and, as far as Yi Ming is aware, is the only one in the world.

As with most new ideas, pitching it was challenging at first. However, once they received the support of Enterprise Singapore, the platform had credibility and started to gain traction. They brought in reputable global corporations and more government agencies like the Infocomm Media Development Authority (IMDA), National Research Foundation (NRF) and Monetary Authority of Singapore (MAS), which consequently attracted high-calibre start-ups to come on board. Its network of partners spans over 32 cities across the globe, allowing start-ups to gain wider access.

Thanks to the quality of its ecosystem, Tribe Accelerator has a corporate-to-start-up engagement rate of at least 85 per cent, which is higher than most accelerators out there. “We’re now seen as a trusted and neutral gateway,” he says. “It shows that while corporates can fight for their own business goals, working together collectively and growing Singapore as a leading global hub will benefit everyone as even more businesses will come here,” he says.

In the context of the pandemic, Yi Ming is resolute that a more collaborative world is the way forward. “The whole purpose of forming a collaborative ecosystem is so we can generate and ripple more tech for good initiatives, solve more problems and improve lives.”

Another important component of this ecosystem that has become a larger priority for Yi Ming is enhancing tech education and employability. Investing in the next generation is a cause he strongly advocates.

Currently, he holds a few mentorship roles including Entrepreneur in Residence at INSEAD, where he supports promising MBA students with their entrepreneurial pursuits. In response to a need for tech talent, Yi Ming launched Tribe Academy last year to offer courses in specialised tech such as blockchain, data science, cybersecurity and machine learning.

One of the programmes it runs in collaboration with Ngee Ann Polytechnic and coding assessment platform Indorse is GoSchool, which teaches Go, Google’s in-demand programming language used by leading technology companies across the region. The curriculum is designed based on the sector’s benchmarks and reviewed by leading industry experts. It equips talent with the necessary skills to go straight to work.

In fact, there are about 150 jobs available at the programme’s hiring partners such as Shopee, Garena, Foodpanda and Zalora. Additionally, GoSchool is supported by SkillsFuture Singapore, which opens it up to fresh graduates and working professionals looking to upskill.

Yi Ming and his team are also focusing on bridging the educational divide and boosting those who may not have equal opportunities. GoSchool offers its students an Income Share Agreement, allowing them to join without paying course fees until they have completed the programme and secured a full-time job. They will then pay up to 20 per cent of their gross monthly salary.

“This is an approach meant to treat students as investments rather than cash cows – a fundamental shift that could finally lift the crippling debt load we routinely push onto students,” he explains. Beyond GoSchool, Tribe also provides scholarships to developers to learn blockchain for free, and has issued 70 of these since the start of the year.

“Digital adoption will be at the centre of the new world order,” he says. “Having our start-ups, corporations, governments and technical talent on board with blockchain in one ecosystem is heartening, because it all plays a part in driving Singapore forward as a collaborative nation, an innovator and the global frontrunner of the future.”

(Main and featured image: Shirt, trousers and belt, all Hermès)