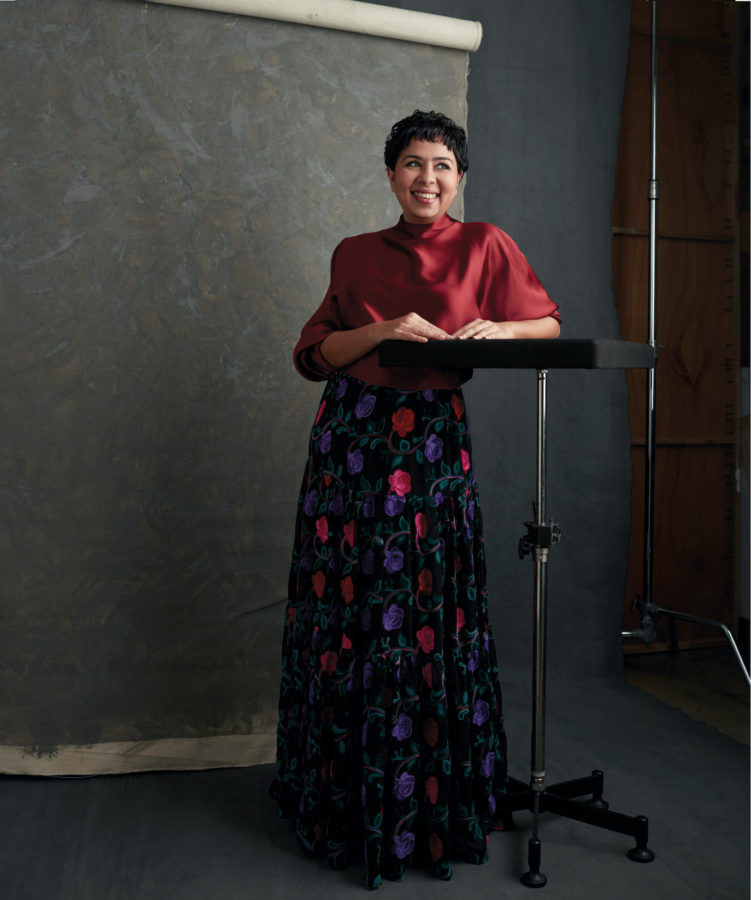 In the spirit of International Women’s Day this month, Annabel Tan speaks to three empowering women who are advocating for change in causes they are passionate about.

Dipa Swaminathan started It’s Raining Raincoats (IRR) as a simple kindness initiative distributing raincoats to migrant workers and encouraging Singaporeans to do the same. But six years on, it has grown into something much bigger than she ever anticipated.

Back in 2014, Dipa was driving home from the gym one day in a thunderstorm when she came across two migrant workers crouched under a small cardboard sheet and trying to shield themselves from the downpour. She had driven past them initially, but later stopped and reversed to offer them a ride to her house close by to wait until the rain stopped. After the two men had dried off, changed into clean clothes she had lent them and had something to eat and drink, Dipa took a photo of them, which she later posted on Facebook with a plea for employers of road cleaners to supply them with raincoats or umbrellas given how often it rains in Singapore.

A few months later, a similar incident happened again where she saw migrant workers wearing garbage bags in the rain. This time, she took a photo of them with the name of the company they worked for before going home to call the company, telling them that if they did not provide the workers with raincoats, she would send evidence of what she saw to the national newspaper, the Ministry of Manpower and share it on social media. When she drove past the site again the next day, all the workers were wearing brand new raincoats and rain boots and ran up to her car to thank her.

When the non-profit organisation Singapore Kindness Movement got wind of this, they reached out to Dipa in 2015 to work on an initiative together. This spawned IRR, which began as a movement encouraging people to carry a raincoat with them and give it to a migrant worker. “I thought this would be a very simple way in which people can interact with migrant workers,” says the Harvard-educated lawyer. “It was always about building bridges between Singaporeans and migrant workers. Something like this just creates a moment of interaction, and breaks down the barrier in that very instant.”

Sunshine after the rain

More than just protecting migrant workers from the rain, IRR has now expanded with a broader cause of improving the lives of migrant workers while helping to strengthen their integration into the community. Together with a core team of about 40 volunteers and a broader team of around 500, IRR organises events for the migrant workers like bazaars, bus excursions and rides on the Singapore Flyer, supplies them with food through partnerships (including one with Starbucks that distributes unsold food to the workers), assists them with case work and helps fundraise for the families of deceased migrant workers. They also assist in sourcing and supplying migrant workers with various things they may need, including laptops, washing machines or bicycles. Members of the public who wish to donate items can reach out to IRR via their Facebook page, on Instagram or LinkedIn.

IRR also runs the Mad Wish programme, where volunteers teach migrant workers English. “Because it’s a one-to-one relationship, many teachers become almost like mentors too and provide the workers with a support system,” elaborates Dipa, whose 15-year-old son is also a Mad Wish volunteer.

In addition to IRR, Dipa works full-time as Assistant General Counsel at Singtel and is a mother of two. She admits that juggling all three roles does take a toll on her. “There are good days and bad days. I’ll be honest, I’ve broken down and cried into my pillow because maybe something went wrong at work and I am just overwhelmed,” she says. “But every time I face something difficult or challenging, something else always happens that renews me with energy and purpose, like when I receive a message of thanks from a worker.”

She has hundreds of migrant workers’ contacts saved in her phone, and shares a message she received from one of them that very morning that moved her: “Good morning. The man who helps the poor and needy is the other half of God.” She adds: “One message like that and whatever fatigue I’m feeling just evaporates.”

In 2017, Dipa received her first President’s Award for Volunteerism and Philanthropy. “That was truly special because it was such a high civilian honour. It gave us such a stamp of credibility and was such a testament to our team of volunteers and our mission.” Through her journey of philanthropy, she says she is most grateful for her IRR team of volunteers. “I feel like my tribe has grown, because my team of volunteers are like family to me in many ways. Knowing that they have found purpose and meaning in their own lives due to this is something that makes me very happy.”

More recently, she became a brand ambassador for The Community Foundation of Singapore’s Legacy Giving Initiative, which encourages Singaporeans to contribute to a more caring and inclusive society with legacy gifts that can provide meaningful support and leave a lasting impact. Personally, Dipa has made a provision in her will for animal welfare, a cause she has been passionate about and active in for a long time. “I’m not a very wealthy person but I think everybody can leave something for a cause they believe in. And I’m delighted that the concept of legacy giving is coming to Singapore because whether big or small, everybody has something to give.”

This story first appeared in the March issue of Prestige Singapore.