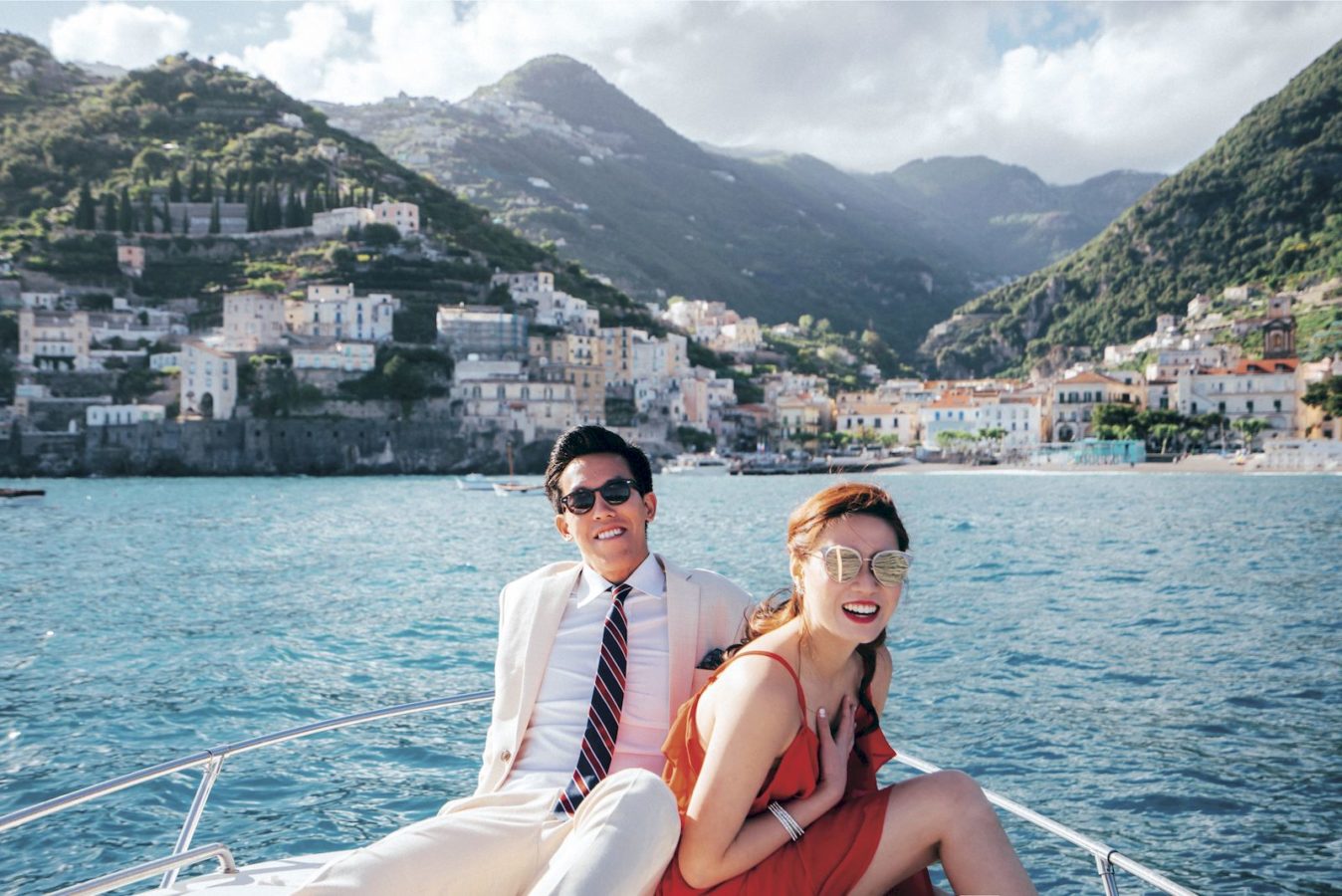 Eating is a favourite pastime for Desmond Ngiam and Angeline.

Angelina and Desmond dated for three years before tying the knot in 2018.

He’s a physical commodities trader with an international trading house, while she works as a lawyer for a multinational company.  Despite their busy schedules, they make sure they make time for themselves to unwind.

“Des and I motivate each other to work out four to five times a week and we both enjoy high intensity interval workouts,” Angelina shares.

What else do they do for leisure?

“Playing golf and watching a game of football over beers and pub food with the boys,” Desmond says. Angelina, however, enjoys curling up with a good book. “We also make it a point to go out for date nights on Fridays and have a leisurely breakfast on Sunday mornings since we travel for work on weekdays at times,” she continues.

Food obviously plays a great part in their lives. “I love Japanese cuisine, bak chor mee and a good hotpot,” Angelina says. Desmond, on the other hand, enjoys local fare such as wanton noodles, bak chor mee and prawn noodles.

What are your earliest memories of food?

Desmond: When I was four, I would accompany my mum to Serangoon Gardens wet market every Saturday morning, and would always order Hokkien noodles at a particular store. The owner watched me grew up from a toddler to an adult.

Angelina: As a child, I looked forward to going out for breakfast with my parents on weekends. To me it was a treat to head out, and, according to my mum, I would clean up all my food regardless of how it tasted!

How often do the both of you have supper?

Angelina and Desmond: About once or twice a month.

What are some of your favourite supper haunts in Singapore?

Angelina: Beauty In A Pot. It’s the best place to go to after a night out as the hot and flavourful soup base is so comforting. We also enjoy Punggol Nasi Lemak — it’s always a delicious and quick-fix choice as it is open till late in the East where we live. Best enjoyed with friends; the more the merrier!

Everything you need in a nasi lemak on one plate! Thanks @blancheeze for this Super yummy shot! #ponggolnasilemak

What was the best supper you ate?

Desmond: I was living and working in Bangkok for a while so some of the best suppers I had were at Jeh O Chula (seafood tom yam instant noodles with fried pork belly), Midnight Gai Ton (chicken rice), Raan Jay Fai (Michelin-starred crab omelette), Mont Nom Sod (toast with condensed milk and flavoured spreads).

Are there any foods that you didn’t like as a child that now appreciate?

Desmond: Sashimi. My younger brother was more adventurous with trying out new food such as raw fish and I only caught up later.