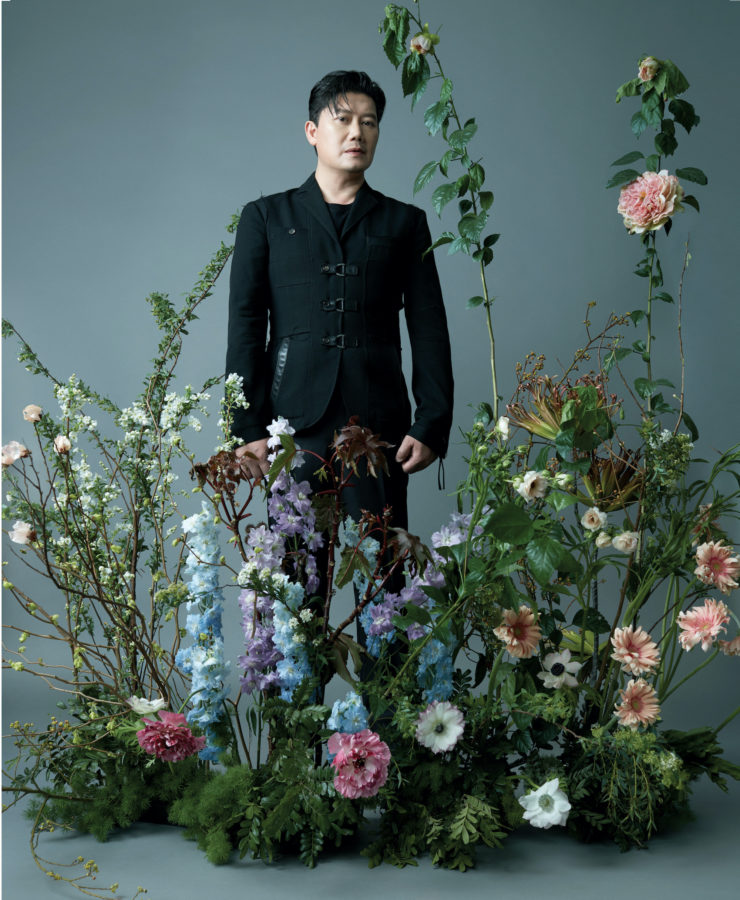 Meet the champions of reinvention who are putting traditional trades and skills in a new light.

In the world of art history there are movements that grew out of others, and, in the world of music, there are hit songs that have been sampled, covered or remixed. The works and styles have similarities, but are ultimately separate from each other. Likewise, the traditional Japanese art of floral arrangement, ikebana, and world-renowned floral designer Harijanto Setiawan’s newly patented style, Haribana, are comparable but distinct. While ikebana is characterised by strict rules, Haribana was born out of rebellion against these rules and puts a new spin on an old art.

Artistry in his blood

The Indonesian-born architect by training has come a long way since he took a leap of faith and left the architecture industry after working for seven years to pursue floristry. In 2003 he founded Boenga, a Singapore-based floral studio specialising in events and weddings that is a top choice of celebrities, royalty and the well-heeled.

“I have always loved flowers,” says Harijanto. As a young boy, he would wake up to find his mother tending to the garden in their home in Central Java and enjoyed helping her. “Looking at all the colour of the flowers just made me feel so happy and serene.”

But he gave up that interest after a disheartening experience taking a flower arrangement class in primary school, where the teacher criticised his work for being too messy and lacking any style. “Everyone else did minimalist arrangements with the same frangipani flowers, but I made mine with many types of flowers of different colours from my own garden,” he recalls. “Looking back, what I did was actually European- style but at that moment I was discouraged and thought to myself that while I have the passion, maybe it’s just not my forte.”

Fortunately, he eventually found his way back and has been flourishing ever since, although not without persistence. Among a string of other accolades, Harijanto became the first floral designer to win Designer of the Year at the President’s Design Award in 2013 – a title he had to fight for. He had been a finalist for three years prior, but Harijanto never won because he was told that his work was considered art and not quite design. Indignant at the minor technicality, he brought it up to the judging panel several times and argued his case, citing examples like the Floral Designers Society Singapore, of which he was president from 2013 to 2015. “The fourth time I was selected as a finalist, I told them that if I didn’t get the award this year, they would not be setting a good example,” he says candidly, “because they need to start recognising and acknowledging local talent in floral design or floral art.”

It is this same unwavering spirit that led to the birth of Haribana last year. When the Covid-19 pandemic pulled a plug on weddings and events as well as greatly limited his supply of flowers from overseas during the Circuit Breaker period, Harijanto found himself with more time on his hands to experiment. “I decided to challenge myself by going back to my architectural roots,” he says. “I am known for my dramatic and over-the- top designs, but this time with the few flowers and plants I had to work with, I just went back to the basics.”

He takes inspiration from Japanese ikebana, which he had studied before under Mrs Kazue Kato Kim, the late president and founder of the Singapore Sogetsu Association (SSA), an ikebana school here. Harijanto had only trained with her for about three months when Mrs Kim suggested he cut the course short. “She told me that my style is very distinctive, and that if I were to learn ikebana it would affect my personal style,” he says. “I really appreciated that feedback because as an artist, I need to be myself.”

While there are several local ikebana schools that have invited Harijanto to conduct online lessons, there is one school that does not recognise his work since he is not officially certified, preventing him from publicly exhibiting and demonstrating ikebana. Undeterred, Harijanto has decided to fully embrace his own style, which he has coined Haribana. “Ikebana is more natural in form, while Haribana is more architectural, has more definition and is more complex in infrastructure,” he explains, adding that Haribana also uses fewer flowers, usually no more than two.

In addition to maintaining the line, proportion, texture and minimalist nature that defines ikebana, he also hopes to preserve the essence of the art. “Ikebana was originally flowers used for praying, so it’s very sacred and there is a lot of spirituality to it,” he says. “I want to communicate peacefulness and the idea of bringing the best of nature into the home. I think it adds something different to the scene in Singapore.” Further down the line, he plans to publish a book on Haribana, which will be the third book he has authored. “I believe the spirit of sharing is very important in the floral industry so I don’t keep my knowledge to myself,” says Harijanto. “And it will also be my legacy.”

Roses Only: James Stevens Builds A Budding Business That Only Offers The Best Blooms

Where to get flowers in Singapore: Artisanal florists that deliver to your doorstep