Montblanc redefines the meaning of success with the support of three exceptional individuals in its new global brand campaign. Titled “What Moves You, Makes You,” the campaign captures the inspiring journeys of award-winning screenwriter and filmmaker Spike Lee with a legacy that has impacted culture in undeniable ways, actor Taron Egerton with an incredible journey ahead of him, and actor and school founder Chen Kun who constantly finds new ways to give back to his community while pursuing his love for creativity. Driven by a higher purpose and a love of what they do, they embody the values of those who are changing the face of what success really means, with their willingness to make things happen paired with the inspirational mind-set that makes them stand out. More importantly, the campaign also brings to life the maison’s mission to inspire people to express their full potential on their own terms, and celebrates those who have found their own original path to rewriting the codes of success for the 21st century. 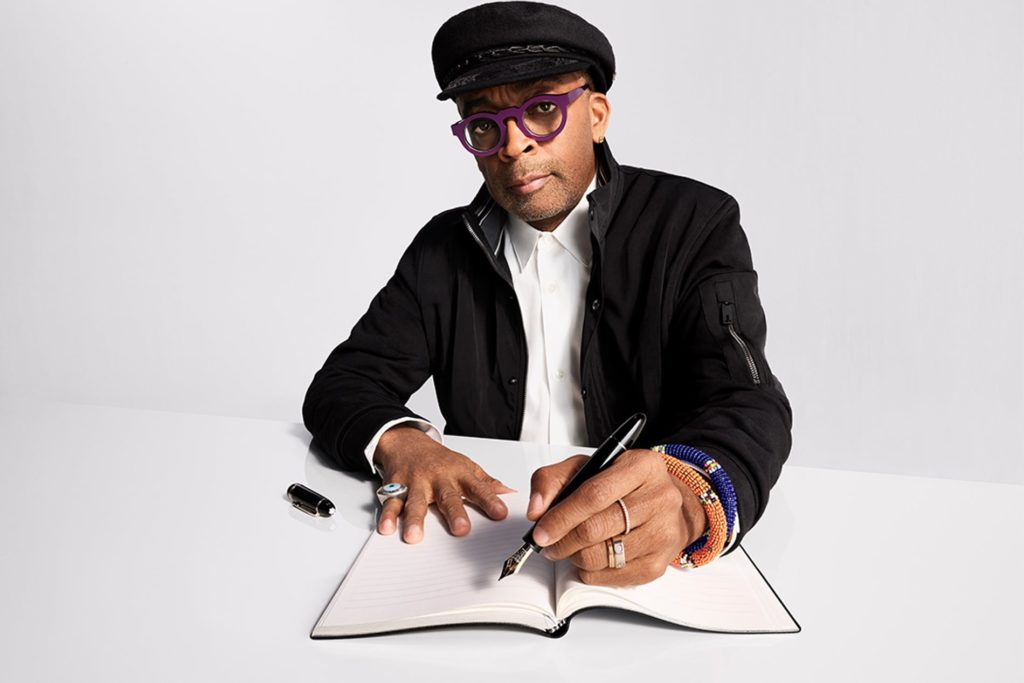 Interestingly, Montblanc introduced the trio as “Mark Makers” — passionate doers who pursue what they love and follow intuition over directions. So, the integrated campaign sees the authentic, real stories and unique perspectives of these three “Mark Makers” through a series of 60-second films, print, digital, out-of-home and social content that personify the idea of “What Moves You, Makes You.” In particular, through each film, we can glimpse behind the facade of fame to see for ourselves what makes these individuals do what they do, what motivates them to keep doing it, and really, what’s moved them to become who they are today. For instance, we can see Spike Lee’s story that inspires others to pursue what they’re passionate about by highlighting the incredible legacy of someone who followed their passion from an early age. On top of that, we also can see flashbacks of what inspired his burning passion for writing and filmmaking.

Taron Egerton, on the other hand, inspires others to pursue their own potential as the young actor is seen in the process of pursuing his. In this film, we see Egerton’s journey through his career, and where he sees himself going as an actor.

Meanwhile, for Chinese singer and actor Chen Kun, he often writes personal notes to his students at an acting school he founded called “The Dome Studio.” Here we can see that Kun inspires people to live a life of authenticity and substance by featuring someone giving back to their community in a way that aligns with their passions and interests.

“As a Maison founded by pioneers who set out to create innovative products for those seeking to make their mark in the world, this campaign is in fact an evolved expression of our DNA,” elaborated Nicolas Baretzki, Montblanc’s CEO. “Being a ‘mark maker’ is a different way of thinking. It is no longer about status or reaching the top but it’s about the meaningful, purposeful and enriching journey we take to get there, and the people we impact on our way.”

With that being said, it’s safe to say that the new campaign successfully underscores Montblanc’s core belief that everyone can leave a mark; not just by leaving a stamp on their way to success but by enjoying the journey along the way and pursuing endeavours that inspire and excite at every turn.

To find out more, visit montblanc.com

Sign up to get the latest luxury and lifestyle news delivered to your inbox.
Montblanc
Riga Ramadhan
Fashion

About the 1926 Montblanc Heritage Collection

Event Photo Gallery: Launch Of The Montblanc 1858 Collection In Singapore