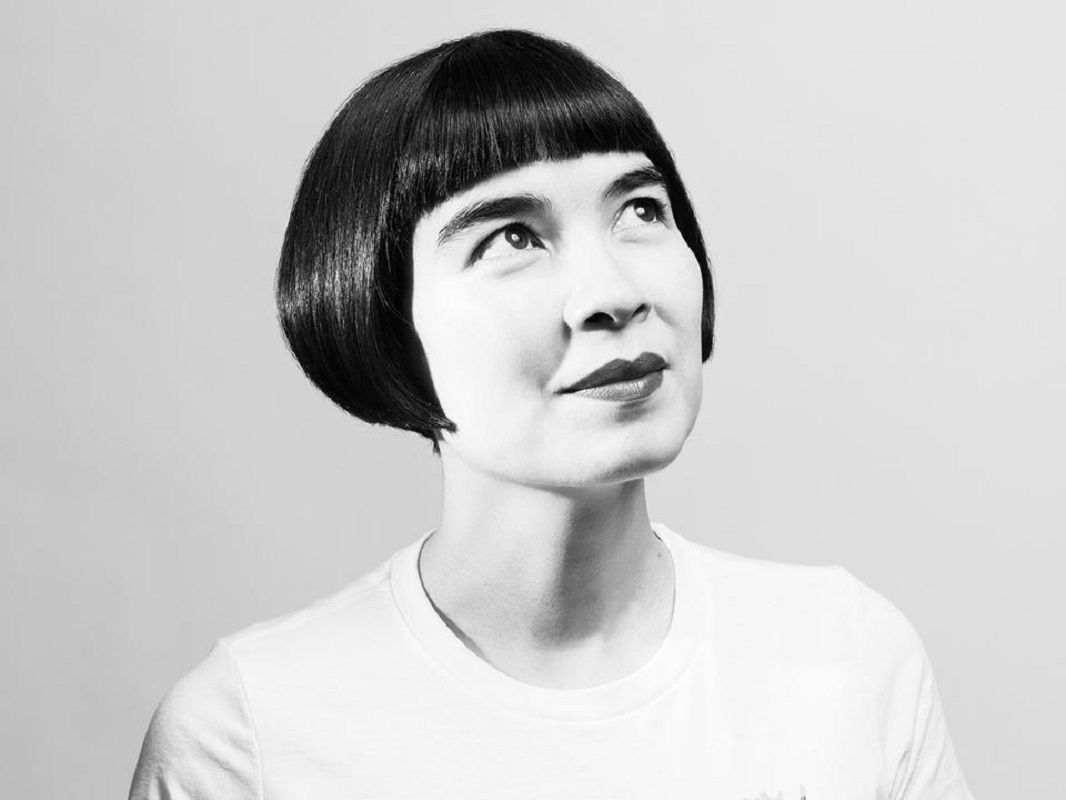 People & Events
Who is Drue Kataoka? What we know about the new face of Clubhouse
Share
Next article

A new icon is born. Drue Kataoka has become the new face of Clubhouse, the voice chat application that has been gaining in popularity since the beginning of the pandemic. We look at the career of the American artist whose work mixes art and new technologies.

Since its debut in March 2020, Clubhouse has attracted a lot of people to its chat rooms. Big names in rap like Drake and Wiz Khalifa discuss songs in the making, while tech giants like Elon Musk and Mark Zuckerberg make appearances to talk about cryptocurrencies, virtual reality and even Facebook.

A figure from the art world has also become a fixture on the social networking phenomenon: Drue Kataoka. So much so that Clubhouse has made the American artist and activist its new muse and will be displaying her face in place of its logo throughout the month of May. She is the eighth person to be selected for this role, as well as the first visual artist and woman of Asian descent to be highlighted by the application. A distinction that Drue Kataoka considers to be “collective recognition for the activists & artists on the platform who’ve been the soul of so many rooms.”

She’s committed to the fight against anti-Asian racism

The American was one of the first to join Clubhouse, where she launched “The Art Club”. This chat room defines itself as an “inclusive space for all who love and want to discuss or create in the art space,” A formula that seems to be popular since “The Art Club” is followed by over 99,500 people on the social network. While some voices have been raised against the “networking” aspect inherent to Clubhouse, Drue Kataoka has been able to use it for a good cause. She has been a leader in numerous philanthropic initiatives such as #24HoursOfLove and the #StopAsianHate campaign, which raised nearly $85,000 for the Asian-American Federation.

One of her works has been sent to Space

In addition to her philanthropic commitments, Drue Kataoka is known for her work at the intersection of art and technology. She integrates ancient Japanese ink painting techniques with brainwaves, mirrors and mobile technologies. One such example is “UP!”, a conceptual artwork that she created in 2008 for the first weightless art exhibition on the International Space Station. The piece was designed to be split in two: one part traveled in space with Richard Garriott while the other remained on Earth. “Thus the unity of the cosmic and terrestrial parts of the painting will symbolise the duality of the mission, the Space program, and humanity’s love affair with Space,” Drue Kataoka explains on her official website.

She’s also getting into NFTs

If all that wasn’t enough, the artist now plans to enter the burgeoning market of non-fungible tokens. According to Forbes, Drue Kataoka has created her own collection of NFTs available for purchase soon, and her work will be part of an upcoming event around these digital objects that are poised to revolutionise the art world. The artist is a firm believer.”While still the results are mixed, the traction in NFTs and the accompanying adoption of digital art will inevitably be a positive force, shaking up a very stale system. Hopefully, this may result in a more viable, more diverse and more just arts ecosystem. Definitely, there is more momentum for that now than there was a year ago,” she told the American publication.