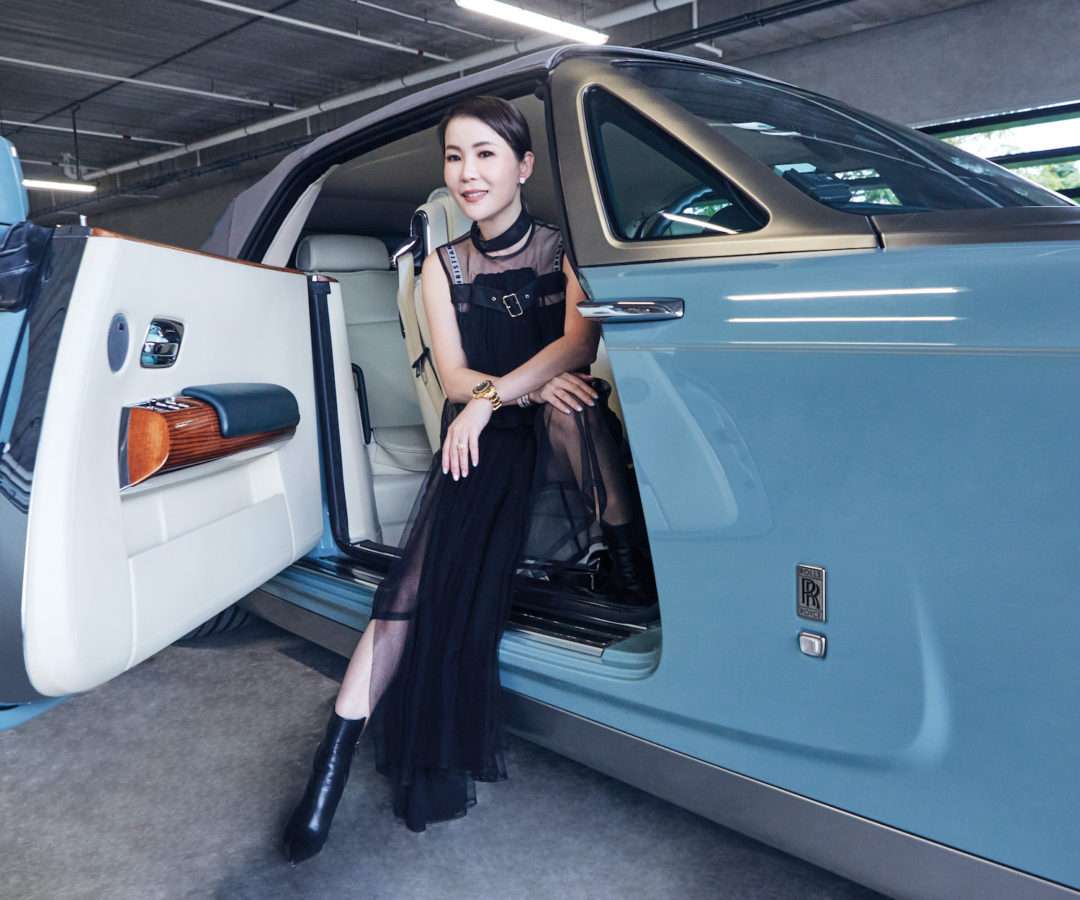 People & Events
Women of Action: Elaine Lim-Chan on her love for fast cars
Share
Next article

Scroll through her Instagram feed and you’ll see photos of her loved ones, dogs and glamorous events.

Chances are, you would not picture Elaine Lim-Chan tearing down roads with a fleet of roaring supercars following her lead. Yet, the managing director at Deutsche Bank Wealth Management is an automotive leader in her own right. On and off the streets, she leaves gender stereotypes in the dust in the masculine world of motor sports. Her passion for supercars, in fact, took seed early in life.

Two years ago in the Prestige Singapore anniversary issue, Elaine reminisced about when she first fell in love with fast cars. Then a 19-year- old first-year student at National University of Singapore, her parents gifted her a BMW 3 series, her first car and a reward for obtaining her driving licence. “That was when I discovered my love for driving and for speed. The ability to control and manoeuvre around corners made me feel powerful and in control,” she recalls.

In the fast lane

For Elaine, speed is just one of the enticing factors of supercars. “It’s not just about driving fast. It’s enjoying how the car handles in high speed and around corners and bends. Behind the wheel, you are in control and you can truly test the car to its limit,” she says. “Driving is very much like life.”

She is intrigued by the engineering feats behind these adrenaline chasers. “Cars are multi-dimensional. They stimulate all your senses. When you drive them, you can see their luscious curves, hear the engine and the exhaust and feel the handling and speed.”

Elaine shares an all-star fleet with her husband Chan Kok Weng. Their collection includes the Rolls-Royce Drophead and Ghost, Lamborghini Aventador LP700-4, Porsche 356 and Jaguar E-type. Driving these precision machines takes skill and it’s one that Elaine regards seriously. She has attended driving courses such as the Ferrari Corso Pilota, a four-part racetrack education programme offered by the marque. “Power comes with great responsibility. When you drive a powerful car, you need to be a responsible driver.”

Her emphasis on responsible driving is all part and parcel of her roles in the local automotive world. In 2015, Elaine was elected as the first-ever female president of the Ferrari Owners’ Club Singapore (FOCS), an association of which there are currently 45 worldwide, after serving as part of the club’s committee in various positions for over a decade. To date, Elaine remains the only female in the world who has sat at the helm. Elaine says that in 2015, the club was at one of its highest enrolment of 240 members. “Over 50 events were organised with both motoring and social events, such as a simple breakfast drive to Kranji, our Drive of the Year to Cameron Highlands and Kuala Lumpur, and the annual gala at The St Regis Singapore. We even organised a wine tour to Cognac, Champagne and Bordeaux. Together with Louis XIII (a cognac produced by Rémy Martin), we visited some of the first growths like Château Haut- Brion, Château Latour and Château Cheval Blanc.”

One of the highlights of her tenure was the 16th anniversary celebration of FOCS. “To commemorate this as well as SG50, we mobilised more than 70 Ferrari cars to form the number 16 on the Marina Bay Floating Platform. It was quite an awesome sight,” she adds.

Elaine’s fearless leadership has also extended to her leading supercar convoys overseas. “It is a different game altogether. It’s about discipline and knowing your abilities and your supercar’s capabilities.” She recalls the memorable 2015 Drive of the Year to Cameron Highlands: “Famous for its high altitude and winding roads, the destination has this stretch of road known as the Gua Musang, with its hairpin curves and bends that truly tested our cars to the limit. Although there were almost 30 Ferraris in that drive, only nine cars were game enough to do that morning drive.”

In 2018, Elaine was invited to join the Lamborghini Female Advisory Board. “It was born from an appreciation of the contributions that female thought leaders make to every industry. It is a network of about 200 strong and successful women, selected internationally, with a primary goal to support and inspire networking and friendship.”

Call it a coincidence but Elaine’s description of her dream car, the Ferrari 375 Mille Miglia Spyder, sounds a lot like her. “Feminine yet strong. It is potent and powerful,” she states. The Ferrari 250 GTO is also on her list. “Some would call it the holy grail. There were only 36 produced between 1962 and 1964. It is one of the most beautiful Ferraris ever designed with an impressive racing history and championship- winning engineering. It has it all.”

With travel on hold, and drives by default too, Elaine concludes by telling us about her dream driving holiday: “Blazing down Stelvio Pass, a mountain pass in northern Italy bordering Switzerland, in a LaFerrari Aperta or a Lamborghini Aventador SVJ Roadster.”