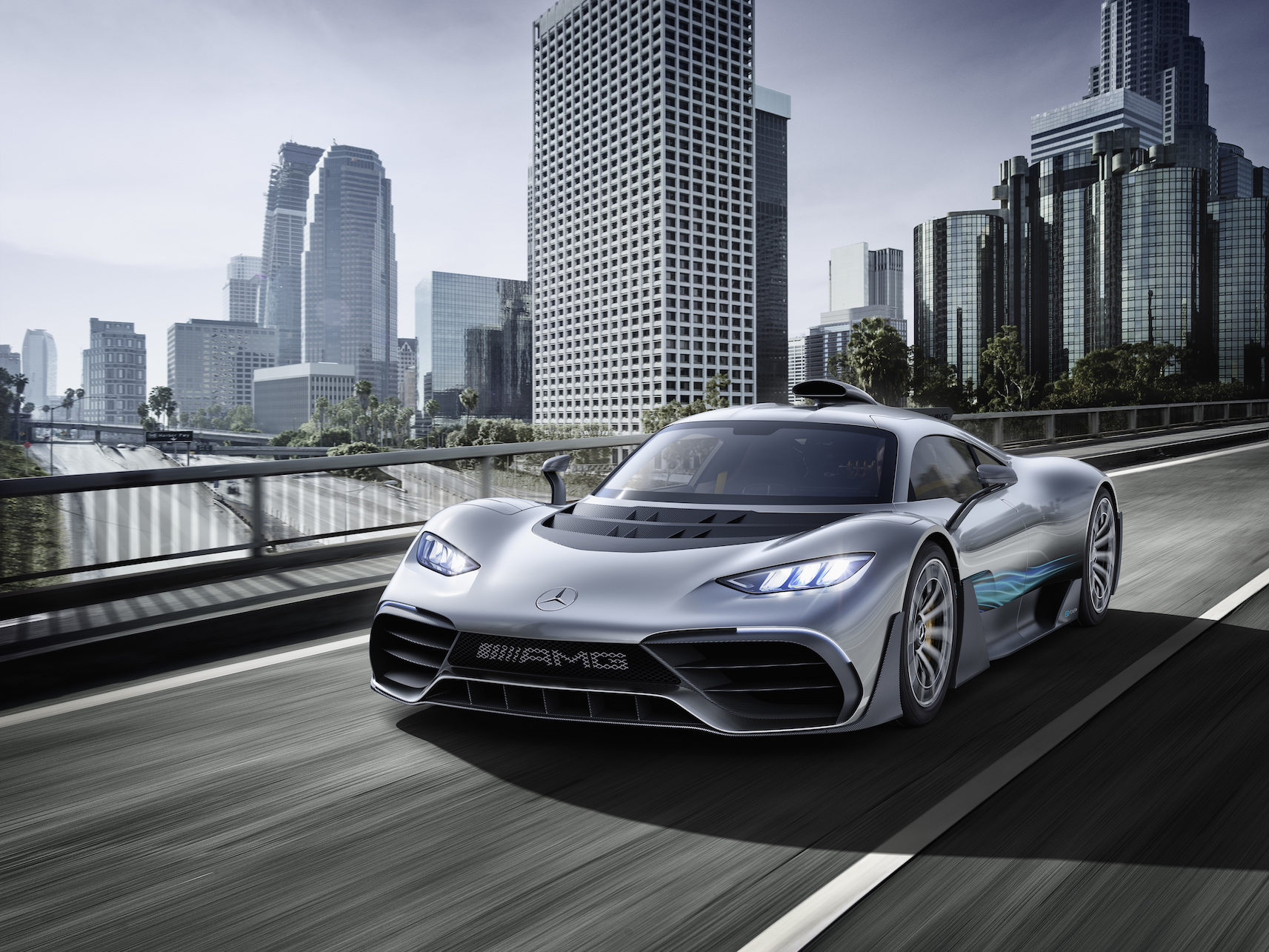 5 Reasons why the Mercedes-AMG Project ONE is amazing 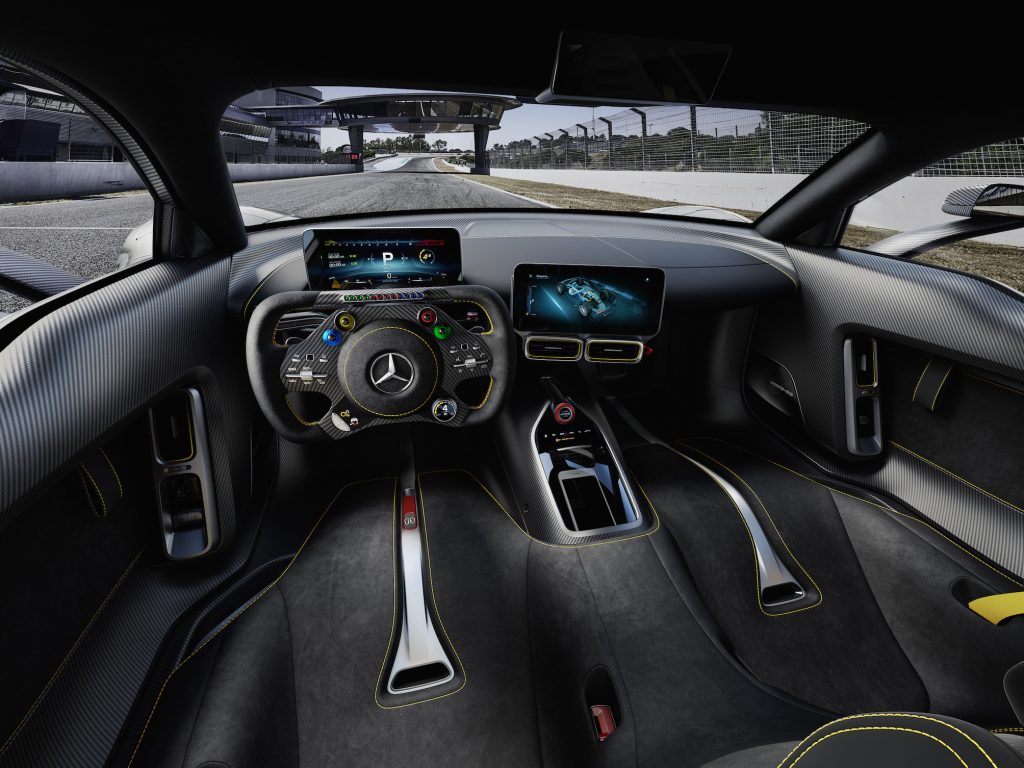 Project ONE’s hybridised 1.6-litre V6 power unit is more or less similar to those of the Mercedes AMG Petronas F1 cars that won the past three drivers’ and constructors’ world championships. It revs all the way up to its 11,000rpm red line and, augmented by four further electric motors (one of which drives the turbo), produces close to 1,100bhp. Transmission is an eight-speed automated manual. No other road car can boast what is essentially a Formula 1 powertrain – or one of such astonishing complexity.

Each Project ONE front wheel is independently driven by a 160bhp electric motor, which incredibly has its own gearbox. Switch the drive mode to pure EV and the car moves as silently as a trolleybus, though a heck of a lot faster, for up to 25km, with nil emissions.

Back off the accelerator and hit the pedal that controls its massive ceramic brakes, and Project ONE’s F1-derived EQ Power+ hybrid drive system recuperates 80 percent of its energy, to be saved in the battery.

Bugatti claims its Chiron rockets from a standstill to 200km/h in 6.5 seconds. According to Mercedes-AMG, Project ONE should shave at least half a second from that time when in race-start mode. Admittedly, with top whack of “beyond 350” it’s not quite as fast at the top end, but then speeds such as that are largely academic anyway.

But worry not, as the €2.2-million-plus car is fitted with rear-facing cameras that beam the view to a dashboard display.

CARS
Jon Wall
Editor-in-Chief
A Hong Kong resident for more than 30 years, Jon has worked on publications devoted to culture, travel and lifestyle, as well as a short stint in daily newspapers, since the late ‘70s. He loves travel, literature, jazz, wine, aircraft and, especially, motor cars – and has occasionally been known to knock together a reasonably edible meal.
Motoring travel watches Boats wine Music men's style
Sign up to get the latest luxury and lifestyle news delivered to your inbox.