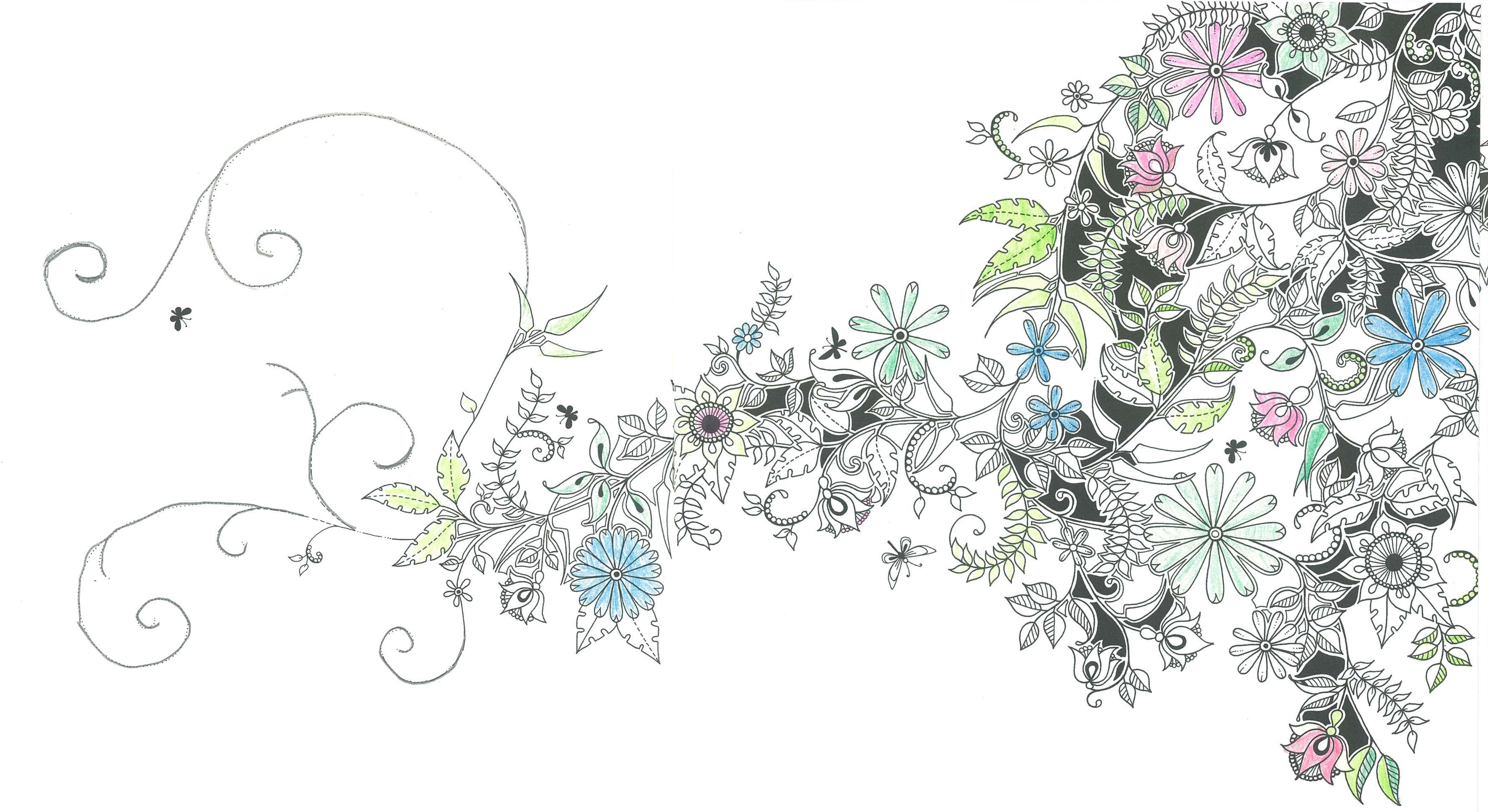 Are you sitting comfortably? Then I’ll begin … Today, in Literature Corner, let’s take a wander down Reminiscence Avenue, far, far, back through the pages of – well, we’ll come to that in a moment – back through the miasma of the cut-throat books trade, back through the historical, febrile addiction to making a dollar, back to the sepia-flavoured days of pretty pictures of flowers and trees and treasure, all the way back through the fog of time to the innocent, bucolic days of … 2015.

Let’s return to a fantasy world of mysterious gardens, bewitching forests and creepy castles. A world in which you never needed one of those big, nasty, complicated dictionary things. In which you didn’t have to plot the untold twists and turns of a scintillating, sinuous sentence – like in a Howard Jacobson novel – before you could enjoy the pay-off. In fact, it was a world in which you didn’t have to read words at all. Hoorah! What fun!

The books world was blessed in those bounteous days: blessed with a Benjamin Button moment in which the cares and concerns of grown-ups dissolved in a spectrum of innocent promise as the years fell away. Those were the days of colouring books. With felt-tip pens. For adults.

You may have missed the golden days of adult colouring, as it was called, while you were off doing something responsible, such as your job, or volunteering for a weekend beach clean-up. Fear not: they may come again, because the portents are rosy, even if some respected industry professionals believe the phenomenon has fizzled.

“Yes, two years ago was the peak, and adult colouring books pretty much disappeared after that,” says Matt Steele, operations manager at Growhouse bookstore in Hong Kong, and former retail operations manager at Dymocks. “It started with Johanna Basford, who published Secret Garden, then Enchanted Forest, which really took off, and suddenly everyone wanted her books. As often happens, that created a bandwagon and it seemed like everyone was producing colouring books. Some worked quite well.”

Millie Marotta, from Wales, described by Steele as another key player in the new genre, gave up her art-teaching job to become a full-time illustrator and found great success with her animal kingdom-based colouring books. A trip to Amazon turns up tens of thousands of colouring-book listings (and packets of pens and other paraphernalia) and no end of illustrators who enjoyed their 15 minutes.

For 2015, three of Amazon’s top 10 best-selling volumes were adult colouring books, so one wonders, beyond the overwhelming impetus that powers every fad and the beguiling nature of fetching colours and fantastic scenes, what the attraction was – or is.

“Well, they got into lots of different subjects – there was a Harry Potter book and books on Eddie Redmayne and Benedict Cumberbatch, among other actors,” says Steele. “And The Time Garden by Daria Song. They got into all sorts of strange things.”

Nor were Hong Kong – “every big bookshop had a colouring-book section” – and China immune to such curious charms. “The most bizarre thing,” says Steele, “was that there were foreign ‘translations’ of these books! What exactly were they translating? I saw Chinese versions of Basford’s books, but they were cheaper [than the originals] and the paper quality wasn’t as good.

“They came and went in about a year. They were supposed to be calming and mindful, but they were so complicated and intricate it took forever to get through a whole book!” he adds, laughing. “There must be households around the world with abandoned, half-coloured-in books. You were supposed to be ‘in the moment’ when colouring in, but I think lots of people thought it was too much and not calming at all.

“It reminds me of Sudoku from a few years ago. That was another huge craze, the books were everywhere, then it died out.”

But wait! Following the initial flurry of volumes about petals and butterflies and gardens, certain “special interest” groups took up the colouring cudgels: religious cliques, those with a fixation on male appendages and others celebrating bad language all produced books of their own. (Adult themes for adult colouring books? Or simply lowering the tone?) And then only last month Marotta published Beautiful Birds and Treetop Treasures, of which great things are no doubt expected. This was followed by a Disney-inspired collection from the late Thomas Kinkade and preceded by a calendar by Basford. Are stress-busting colouring books, then, the new yoga?

The fad may have piqued, but adult colouring books remain in rude health: how appropriate for an increasingly infantilised species sleepwalking to political or climatic oblivion. For us, the band won’t be playing on the deck of the Titanic, but it will be busy filling in outlines of lovely little fish and daisies.