10 new museums around the world to visit at least once

Missed visiting museums during the pandemic? Catch up with all the new museums that have opened up in recent years around the world.

The significance and relevance of museums do not have to be limited only to art lovers, history buffs and anthropological experts as they are very much important for documenting our culture for generations to come. An insight into our glorious past and a peak into the future, museums provide a rich tapestry of learnings about us humans. And, the last two years saw many new museums around the world open, much to the pleasure of history buffs and art connoisseurs.

While some of the most beautiful museums, like the Louvre in Paris and The Metropolitan Museum of Art in New York City, have stood steadfast depicting the rich history of the civilisations from all over the world, some new and upcoming museums around the world are both relevant to the modern times and futuristic in their scope.

Immerse yourself in the rich experiences offered by the Museum of the Future in UAE, flirt with fantasy and reality at The Fellini Museum in Italy or slip into the literary haven at Murakami Library in Tokyo — visit these museums at least once in your lifetime and witness technology, art, science, history and much more come together in one place.

Visit these Mission: Impossible shooting locations around the world
Travel 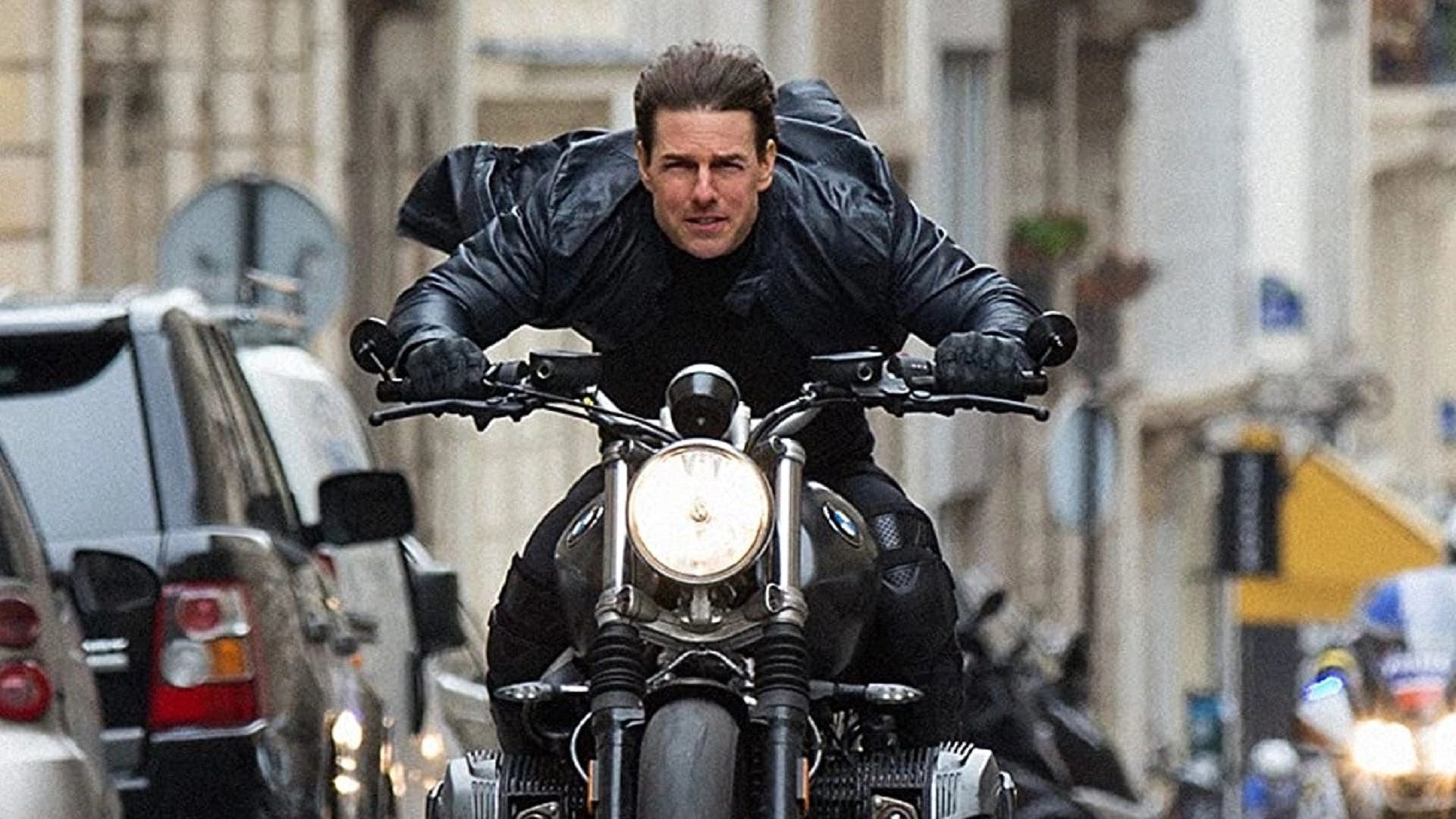 Here are 10 new museums around the world you must visit at least once:

Museum of the Future

Unique features: This man-made marvel is not a museum but a time capsule that takes you to the future. Inaugurated in February 2022, it boasts an awe-inspiring steel exterior bearing inscriptions from His Highness Sheik Mohammed Bin Rashid Al Maktoum’s Arabic poetry in a contemporary art style. The majestic spherical structure is column-free and arrests attention with its dramatic play of natural light.

Designed by the artist Mattar bin Lahej and designer Shaun Killa, this majestic beauty is a hat tip to humanity, earth and space. While the sphere represents humanity, the green mound represents earth and space is a void which is for the uncertain future.

Staying true to its purpose, high-tech research on the topics of big data analysis, artificial intelligence, virtual and augmented reality and human-machine interaction is carried out here.

The exhibits are dedicated to the issues of climate change, the environment, health and well-being, spirituality, the future of human life and space exploration. This is one of the best among all the new museums around the world.

Visit the Museum of Future here.

Unique features: Museum of Socialism and Jayaprakash Narayan Interpretation Centre in Lucknow opened in October 2016 and has been designed by Archohm and Design Factory India and constructed by the Lucknow Development Authority. The wedge-shaped, contemporary art-style structure of this museum can be broadly divided into two parts: the zone of reflection and the zone of absorption.

The architectural design is to stimulate interest in the socialist principles of this great reformer Jayaprakash Narayan. An audio tour guide in actor Amitabh Bachchan’s voice and 3D holographic theatre are a few of the salient features of this museum that give a visitor an insight into India’s freedom struggle and Narayan’s contribution to it.

Entry is free at the museum.

Visit the Museum Of Socialism here.

Unique Features: Opened in August 2021, The Federico Fellini Museum, is located in Rimini along the beautiful Adriatic coast. Out of three iconic structures which make up the museum, Castel Sismondo, the fifteenth-century fortress is designed by Filippo Brunelleschi. A visit to this place is like taking a masterclass in art and cinema. This love of labour is a tribute to Federico Fellini, an acclaimed film director and screenwriter who changed the landscape of world cinema.

This museum is divided into three key elements that symbolise different facets of Fellini and his vision. The first is the awe-inspiring fifteenth-century Sismondo Castle, which has multimedia exhibits depicting Fellini’s works.

The second aspect of the museum is housed on the upper floors of the Art nouveau space Cinema Fulgor, which is an ode to Fellini and his relationship with Rimini. The third element is the grand piazza or open square — Piazza Malatesta — which personifies Fellini’s vision: “Everything is imagined.”

The museum takes visitors inside Fellini’s world with misty fountains adding to the ambience and beautiful imagery created on walls after the guests blow on a feather.

Unique features: An ode to Haruki Murakami, this is one of the greatest literary figures in the world. Opened in October 2021, the Murakami Library in Tokyo is for the fans of the Japanese writer’s works. It is housed in the Waseda International House of Literature and has over 3,000 texts documenting Murakami’s works, including essays, short stories and novels.

World-famous Japanese architect Kengo Kuma designed the building, keeping in mind the author’s nature and quirks. The use of curves inside the building, its white exterior and the wooden tunnel around the building symbolise Murakami’s use of the ordinary as well as his sweet, simple and kind-natured deposition. In true Japanese style, Kuma has worked on smaller sections for the visitors to explore.

Unique features: The museum is scheduled for a November 2022 inauguration. This is the biggest museum in the world dedicated to a single civilisation. On a 40-minute drive from the capital city of Cairo, this structure is close to the Great Pyramid of Giza. The national gallery of the museum houses around 100,000 artefacts, including the never-before-seen 5,000 pieces of King Tutankhamun’s treasure. Irish firm Heneghan Peng Architects is behind the construction of this grand site.

The museum is carefully constructed between the level of the Nile Valley and the plateau, keeping in mind the geological factors of the region. The central concept behind the design is creating layers complete with elements like a staircase opening to an exciting, new visual treat. Visitors can see the pyramids from inside the museum itself.

The price of a ticket is yet to be announced.

Unique features: The historical home of the Father of Psychoanalysis, Sigmund Freud, opened to visitors back in 1971. However, the museum went under massive renovation and the psychologist’s home was conferred into an art museum. It was opened to the public in 2020.

Freud stayed in this home at Wien IX, Berggasse 19, from 1891 to 1938, before fleeing to London from the National Socialist regime. While the private rooms depict the setup of Freud’s famous practice sessions, they also house pictures from his extensive travels and personal memorabilia.

The Academy Museum of Motion Pictures

Country: The United States Of America

Unique features: One of the most important new museums of our times, The Academy Museum of Motion Pictures is a haven for all cinema lovers. This museum dedicated to world cinema was opened in December 2020. Designed by award-winning architect Renzo Piano, the museum includes state-of-the-art exhibition spaces, an art gallery, education, event spaces, a conservation studio, a café and a museum store.

The most striking elements of The Academy Museum of Motion Pictures are the 1,000-seat David Geffen Theater and 288-seat Ted Mann Theater which treat the visitors with visual masterpieces all year round. This museum opens a window to the world of cinema with its three-floor exhibitions dedicated to the works of various filmmakers around the globe.

Unique features: The Hong Kong Palace Museum, which opened in July 2022, gives a deep insight into Chinese tradition. The art museum is a sprawling campus of 13,000 square metres with an exhibition space of 7,800 square metres. Designed by Rocco Design Architects Associates Limited, the building showcases a combination of all elements of Chinese traditional aesthetics and new-age urban management.

Three atriums of the gallery spaces connect the different floors of the museum vertically, which is a hat tip to the complex configuration of Beijing’s Forbidden City.

The Museum of Broadway

Unique features: The Museum of Broadway in New York, which opened in November 2022, is a tribute to the most iconic stage in the world, Broadway. Conceptualised and created by entrepreneur and producer Julie Boardman and experiential agency Rubik Marketing founder Diane Nicoletti, the museum gives a rich experience of the art of Broadway to visitors.

It operates on three levels. The Map Room gives an account of how theatres in New York have transformed over the years in a geographical manner. In the next section, Timeline, the visitors will get to explore the evolution of Broadway, including special artefacts and costumes used back in the 1700s. The last and most interesting section is where all the behind-the-scenes action is chronicled. In the Making section, visitors will get a lowdown on how the massive Broadway shows are actually made backstage.

Visit the Museum of Broadway here.

Unique features: Maison Gainsbourg in Paris has been an unofficial shrine of the country’s most acclaimed singer Serge Gainsbourg for over thirty years since his death. His daughter Charlotte Gainsbourg decided to convert the residence into a museum for the French singer’s fans across the globe. The museum opened its doors to visitors in October 2021.

The museum is also famous for its interior design. Two addresses on the same street have been combined to make this museum. While 5 bis rue de Verneuil, Gainsbourg’s home, is the first one, the second one on 14 Rue de Verneuil houses a museum, a bookstore and Le Gainsbarre — a hybrid space that hosts a café during the day and a piano bar at night.

The piano bar features art déco design and is an ode to this great musician’s career, which started at Flavio’s in Le Touquet and the cabarets of Pigalle.

To get more information on tickets and booking, visit here.

(Hero and Featured image credits: Museum Of The Future)

This story first appeared on Architecture+Design.

The Louvre Museum of the Future beautiful museums new museums