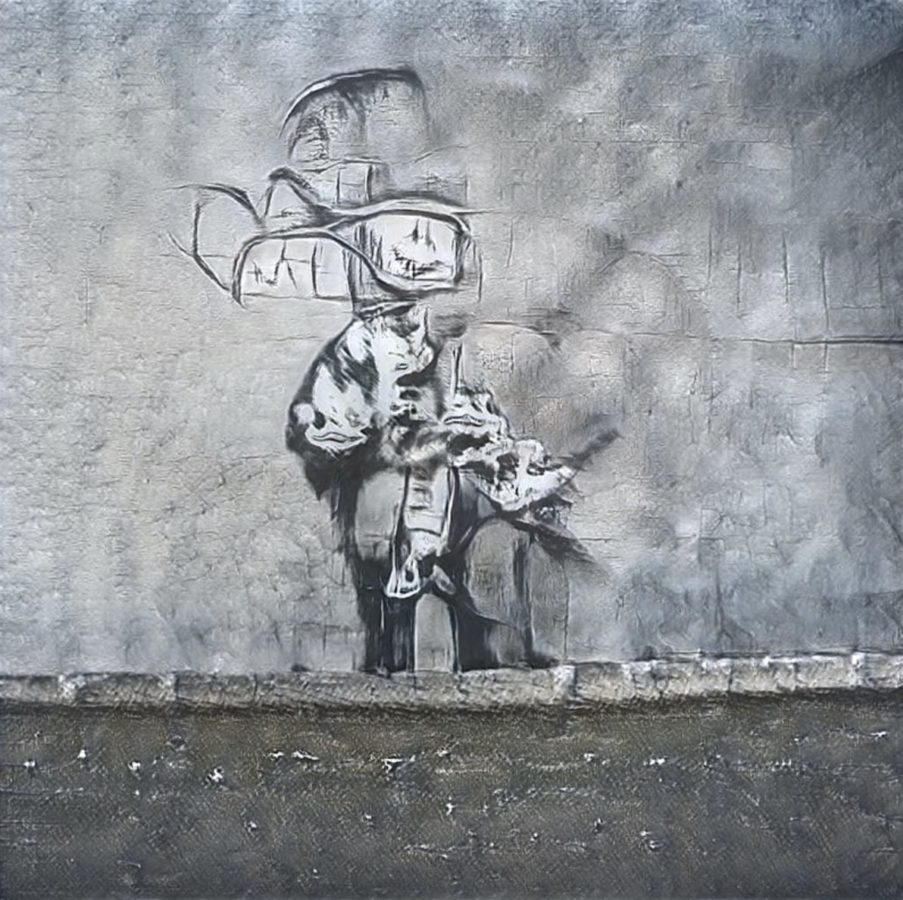 While the works leave no doubt as to the identity of the artist they take inspiration from, the creator of the software, Matt Round, refrains from explicitly mentioning Banksy’s name, to avoid any legal complications. The AI software was trained using a bank of hundreds of images of street art, some of which were probably Banksy’s works, and was launched in September 2020.

“All of GANksy’s works are original creations derived from its understanding of shape, form and texture. GANksy wants to be put into a robot body so it can spraypaint the entire planet,” said Round in a statement on his website.

Over 250 works by GANksy are for sale in the form of the exclusive ownership of a GANksy-signed digital file, with prices starting at £1 and rising by £1 with every purchase. According to Round’s website, 83 pieces have already found a buyer.

These prices are a far cry from those that Banksy’s works routinely fetch; many sell for several million euros. Last week, “Show me the Monet,” Banksy’s reimagining of a Claude Monet painting, saw the hammer fall at £7.6 million (€8.5 million) at Sotheby’s London. The piece did not, however, beat the record set by the artist’s “Devolved Parliament,” which sailed past its initial estimation of £2 million to sell for £9.9 million (€11.1 million) at a previous Sotheby’s auction in 2019.

Why is the art-buying set getting younger than ever?