Alcohol and fast food brands that have released NFTs 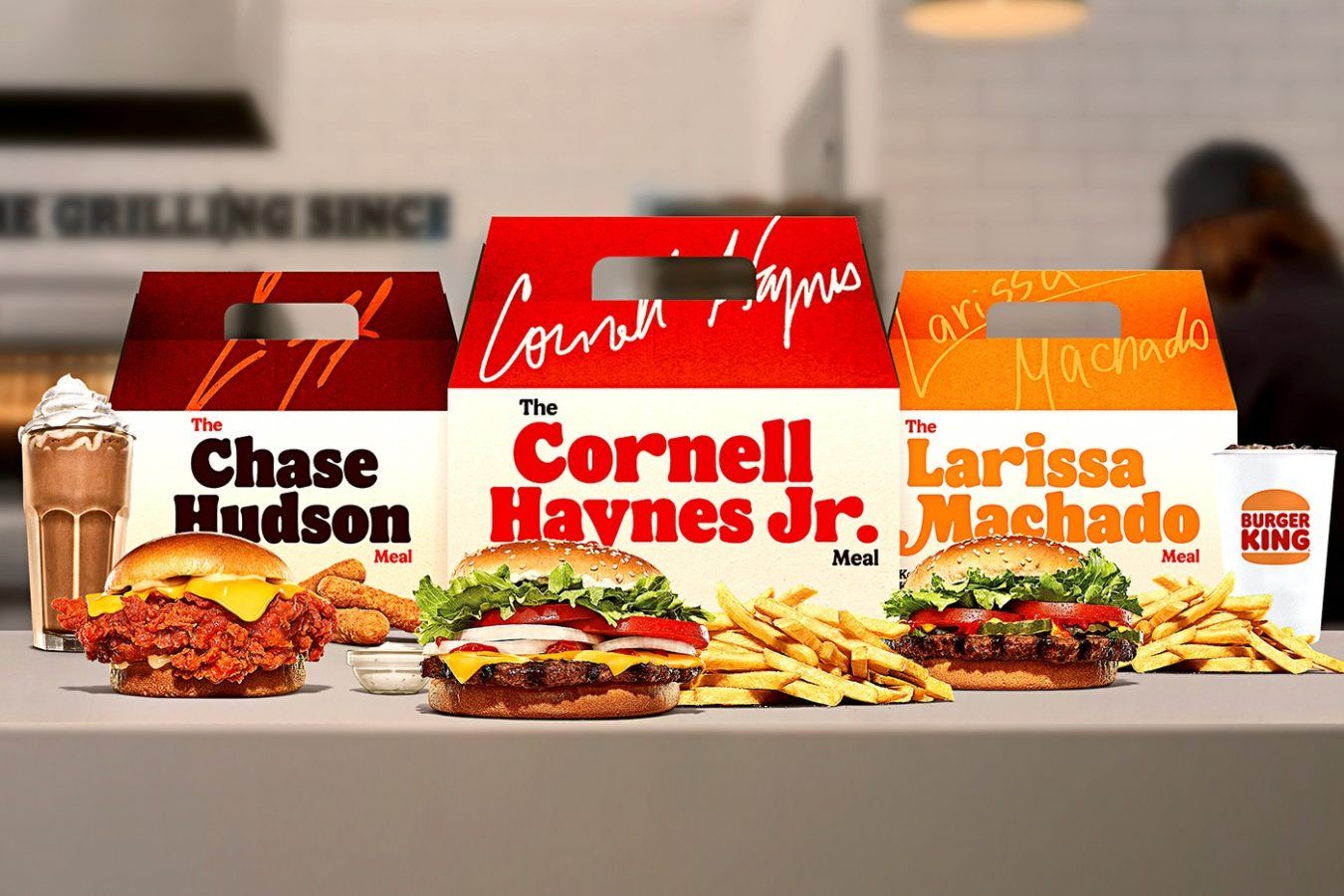 Since 2021, non-fungible token (NFT) has become perhaps one of the most talked-about of all investments. From fashion to art, these unique digital tokens that exist on the blockchain are everywhere. NFT pieces are going up for millions as everyone, from prominent celebrities to luxury labels, is embracing them. It was, thus, only a matter of time for whiskey brands and fast-food chains to jump on the bandwagon and make alcohol and food NFTs an in-demand collectible.

On 19 October 2021, alcohol brands got a shot in the arm with the launch of BlockBar. A marketplace for spirit labels to sell their NFTs, BlockBar’s concept is simple — it stores the brand’s bottles in its secure temperature-controlled warehouse in Singapore while the NFTs are being minted.

Since the digital NFTs are backed by their physical avatars, owners of the NFTs can redeem their tokens for the actual bottles. As a result, the token is completely removed from the system, making the remaining tokens rarer. Once redeemed, owners are given the bottle and a receipt NFT.

Influenced by the NFT culture, the world of food chains and restaurants, too, are creating tokens for their loyal customers. Flyfish Club, the world’s first NFT restaurant, will open by 2023. Its promotional video promises its guests “iconic views of New York City” and “digital seafood”.

Reports say that only those who hold NFTs of Flyfish Club will be able to access the restaurant.

Know all about food and spirits brands experimenting with NFTs

The first NFTs that BlockBar hosted were of Glenfiddich.

All 15 bottles of a rare 1973 Glenfiddich and their corresponding NFTs had been purchased at US$18,000 each. Five of the NFTs were traded repeatedly within the period, with asking prices reaching USD 288,000.

Owned by William Grant and Sons, Glenfiddich is a Scotch whisky. It spent 25 years in an ex-bourbon cask and then 21 more years in an Armagnac cask. The NFT itself was a revolving artistic impression of the bottle, which served as proof of authentication and ownership.

In January 2022, LVMH-owned Hennessy released its first NFTs — a collection of eight tokens representing the first and last bottles of Hennessy–8. Thus, they are numbered ‘1/250’ and ‘250/250’.

Launched in the BlockBar marketplace, the tokens were priced at 70.47 ETH, which was at the time worth US$226,450.

Talking about the liquor collection, Hennessy said in a statement that they were “crafted using one eau-de-vie from eight generations of Hennessy Master Blenders, Hennessy–8 embodies 250 years of excellence.”

According to Business Insider, the buyers of the NFTs also gained access to the actual bottle, which Hennessy would send them on demand. The owners could also engrave a personalised message on the carafes and visit the Hennessy estate in Cognac, France.

The physical part of the sale included custom-made chests with copper keys, designed by artist Arik Levy. A commemorative sculpture, a Baccarat-blown and engraved carafe, a pipette, cork holder and four tasting glasses were also included as part of the NFT sale.

The first all-NFT wine brand, Hello Fam was launched in September 2021 but “early bird minting” started on 31 August when 250 cases were sold.

The brand was founded by Jacob Ner-David, Adam Ghahramani and Tiffany Wong, where Ner-David is a partner in direct-to-consumer wine platform Vinsent, while Ghahramani runs Untamed Elephants — a major NFT community that aims to help African elephants.

Wong is a designer who has been associated with other wine and spirits brands as well as Untamed Elephants, which also has its own collection of the same name.

Everything on the platform begins with buying a Grape Fam NFT. It also gives access to the NFT winery and wine club. Additionally, buyers get a tokenised ownership of one case (six 750 ml bottles) of the brand’s Genesis Vintage 2021 wine release.

According to Hello Fam, the token “will be stored in an insured, temperature-controlled facility and never sold outside of the NFT.”

Furthermore, minting a Grape Fam can result in any type of grape attribute. Two of the most highly valued are Signature Grape Fam and Golden Grape Fam.

According to Hello Fam, there are only two Signature Grape Fams, which are the most highly valued of all Grape Fam. It can be customised with a unique trait of the holder’s choice and was featured on the Genesis Vintage 2021 label and stored in a single 12 L Balthazar bottle.

Four Golden Grape Fams are available, and owning one gets the holder every new bottle of wine Hello Fam produces for free. The wine comes in 1500-ml golden-labelled magnum-sized bottles.

Like other alcohol NFTs, Grape Fam can be redeemed for the Genesis Vintage 2021 physical bottle. Once the NFT is removed from the collection, the value of the remaining NFTs will go up.

Bacardi has been one of the early entrants in the world of NFTs from the food and beverage industry. It unveiled its first token in August 2021 with the limited-edition Reserva Ocho Sherry Cask Finish. The token was also the first in a line of five series of NFTs that Bacardi plans to release through 2025.

Designed by photographer Cam Kirk, the first Bacardi NFT was launched in partnership with the NAACP to support black-owned establishments to get liquor licenses.

In October 2021, Bacardi released another NFT. It was designed to support the brand’s Music Liberates Music programme, which was launched in 2017 to help aspiring artists gain professional exposure.

The new NFT was created in collaboration with Caribbean producer Boi-1da. Together, they selected musicians Bambii, Denise De’ion and Perfxn to first create Caribbean-inspired soundtracks and then mint them as NFT mix tapes for auctions.

In November 2021, the world-famous Colombian aged rum brand, Dictador, offered ten bottles as NFTs. While each was sold for USD 25,000, owners got the option of redeeming the NFTs with 1976 Dictador Generations rum in a Lalique’s crystal decanter.

The 1976 Dictador Generations rum is one of the oldest rums in history. The company dates back to 1913.

An invitation to a dinner for two with Parra, a tour of the Parra family’s private distillery in Cartagena, spirit tasting and a stay at a luxury hotel in Cartagena de Indias was included in the NFT.

In December, Dictador launched another NFT project — Dictador x Orlinski 5 Decades, which combined the art of Richard Orlinski with the spirits.

The bottles were paired with an NFT, and three were offered for around US$45,000 on BlockBar.

Whisky giant Dalmore released its first NFT, The Dalmore Decades No.4 Collection, comprising four of its Decades whiskies — 1979, 1980, 1995 and 2000. Each of them was hand-selected by Master Distiller Richard Paterson.

Offered on BlockBar in December 2021, the NFTs came in 25 sets, with each set priced at US$137,700. One set came with individual compartments to house each decanter, stories of the four whiskies and one bespoke display pedestal.

Owners of the NFTs were offered the chance to visit The Dalmore distillery in Scotland and sample the rarest of its whiskies hand-drawn from the cask.

Ahead of the Super Bowl LVI, Budweiser released its zero-carb beer Bud Light NEXT with the brand’s first NFT collection. While the beer was launched on 7 February 2022, the NFTs were made available a day earlier.

Titled Bud Light N3XT Collection, the NFT project featured 12,722 tokens priced at US$399 each. The collection followed the bluish colour code of the Bud Light Next design.

In November 2021, Budweiser launched its NFT Beer Can collection, showcasing 1,936 ‘Budverse Cans’ based on the look of the first-ever Budweiser can that was launched in 1936.

The fast-food giant launched the Keep It Real Meals NFT project in September 2021, in collaboration with the NFT marketplace Sweet.

The idea behind this NFT is slightly different from others. Eager collectors could scan QR codes tethered to six million meal boxes. The codes unlocked one of the three collectible game pieces. Once all three game pieces were complete, the customer got a fourth token that could make a digital collectible.

The campaign featured celebrities such as Cornell Haynes Jr, Chase Hudson and Larrissa Macado. Holders of the token could call or chat with the celebrities and get a year’s supply of burgers.

A total of 188 tokens were launched in collaboration with a digital asset creation firm named Cocafe.

Built on the Confluux public blockchain, the tokens were released as limited gifts to lucky customers and employees. They were designed in the 3D image of McDonald’s new office headquarters in Shanghai.

The Chinese government prohibits trading crypto and NFTs. According to Forkast, the official site of McDonald’s China underlined that the tokens were for display and were redeemable while calling for the “prohibition of hype, over-the-counter transactions, and fraud.”

In Canada, Pizza Hut released its NFT under the 1 Byte Favourites project. It was launched in March 2021, making Pizza Hut one of the earliest food brands in history to embrace the NFTs.

As the world’s first NFT pizza, the tokens were digital images of pizza slices. Interested buyers could, therefore, acquire tokens that looked like pieces of Pizza Hut’s Hawaiian, Canadian and Margherita pizza.

Each NFTs byte cost around 17 cents — a steal by today’s standards — on Rarible.

Like Pizza Hut, Taco Bell debuted in the NFT universe early. Its collection, Taco Art, was released on 8 March 2021 on Rarible, days before American artist Beeple created history with his NFT artwork and triggered the digital collection revolution.

Taco Bell’s NFTs featured illustrations of its menu items. Four of the five designs were GIFs. According to Taco Bell, 25 tokens were sold out in 30 minutes of the release. The company also said that the proceeds would go to the Live Más Scholarship through the Taco Bell Foundation.

According to The Verge, the company said that NFT owners would get a US$500 electronic Taco Bell gift card.