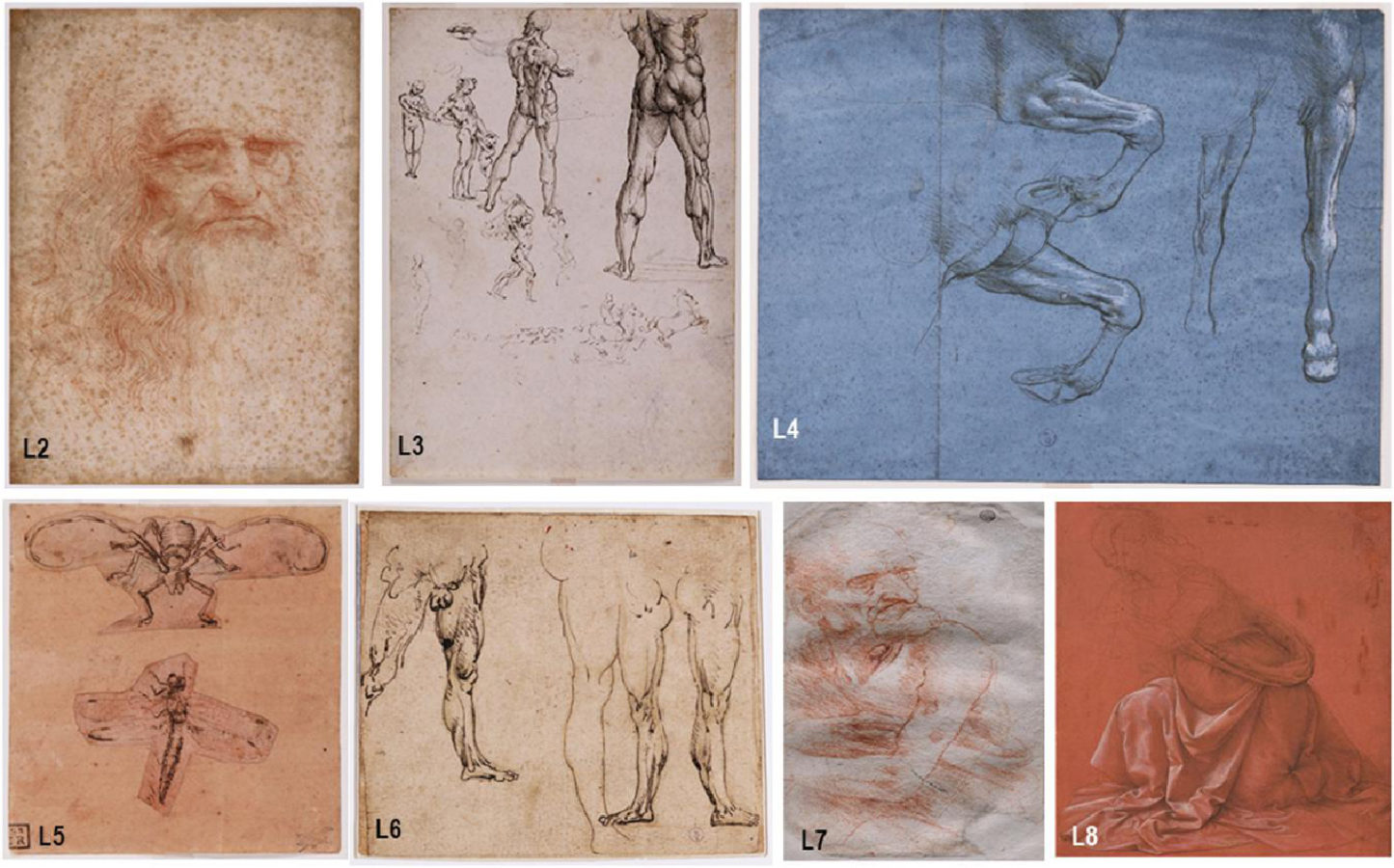 The drawings of Leonardo da Vinci hold many mysteries, even 500 years after they were first sketched.

While some offer clues as to the identity of the Renaissance master’s models, others have been found to contain some more surprising things. Researchers have discovered residues of DNA and bacteria on several of the artist’s most famous drawings, revealing all kinds of information about the geographical areas they have passed through and the experts who have restored them.

Scientists from Austria and Italy have studied the microbiome of a selection of drawings by the Italian artist, Leonardo da Vinci, most of which are housed in the Royal Library of Turin. These include “Autoritratto” (“Portrait of a Man in Red Chalk”), “Studi delle gambe anteriori di un cavallo” (study of the front legs of a horse) and “Figura presso il fuoco” (figure at the fire). The researchers used an innovative genomic approach called Nanopore sequencing to extract DNA residues found in the drawings.

Their findings, published in the journal Frontiers in Microbiology, showed a surprising dominance of bacteria over fungi. Previously, researchers thought that fungi were the dominant microbial community in paper-based art. That’s why art conservationists go to great lengths to prevent the development of fungi, responsible for the deterioration of old manuscripts and drawings.

Although surprising, this predominance of bacteria could be explained by Leonardo da Vinci’s fame. In fact, the researchers discovered that a high proportion of the bacteria identified were typical to the microbiome of the human body. This suggests that the drawings have passed through many hands over the years. This theory is further reinforced by the presence of a large amount of human DNA on the drawings. It is, however, impossible to say with any certainty whether any of the DNA traces are genetic material from the Italian master himself.

“This result indicates that restoration techniques should be continually reviewed based on scientific evidence and that monitoring studies in the field of conservation and restoration should be encouraged,” write the study authors, in relation to the high proportion of human DNA. “Likewise, new methods and protocols are needed, both for the documentation and for the recovery of these natural ‘bio-archives’ that accompany all the unique objects of our artistic and cultural heritage, without weighing down the already arduous work of conservators and restorers.”

Sign up to get the latest luxury and lifestyle news delivered to your inbox.
leonardo da vinci Art history
AFP Relaxnews
ART