Screen Share: Escape to France with these shows and movies set in Paris 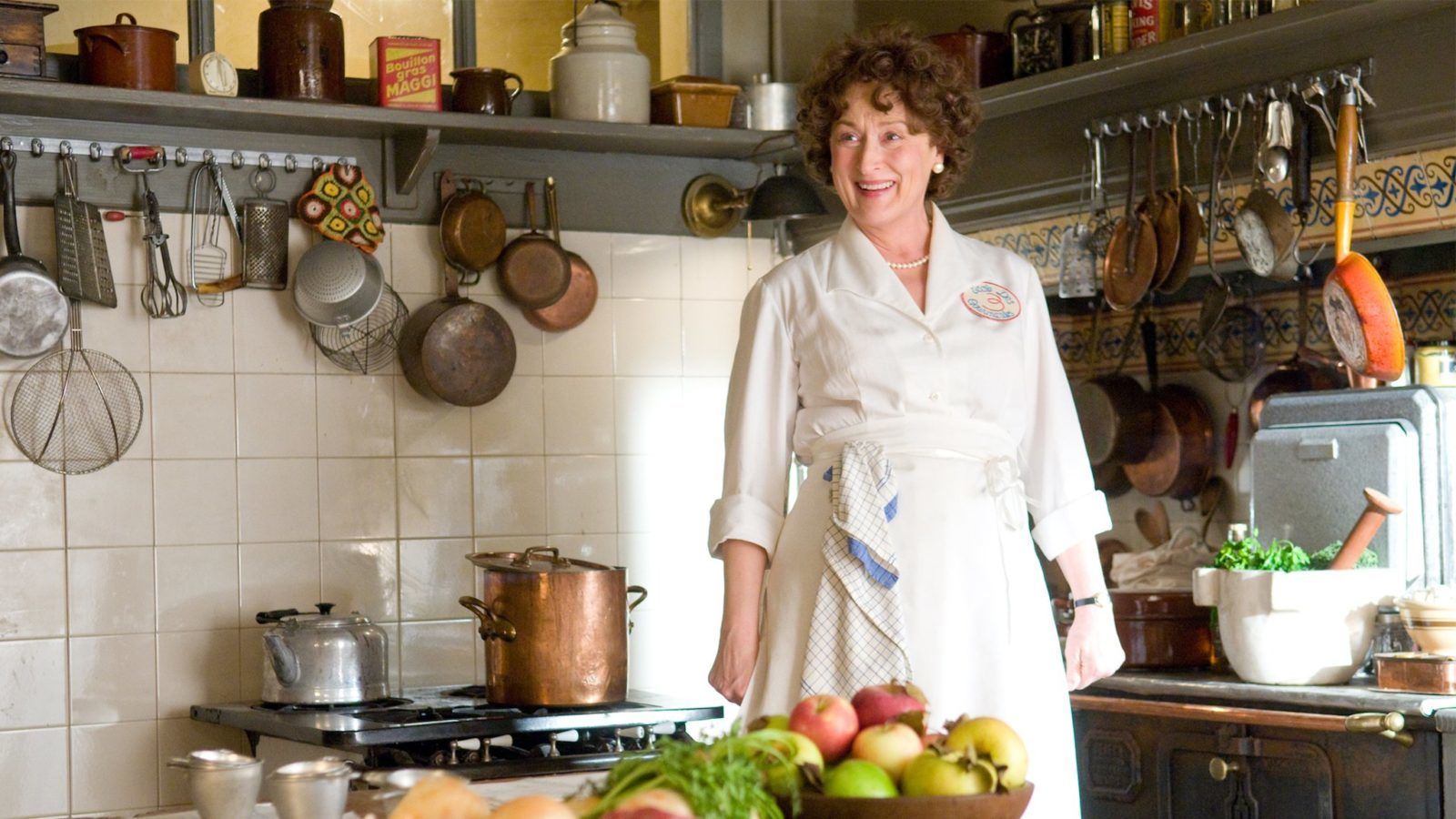 Pursuits
Screen Share: Escape to France with these shows and movies set in Paris
Share
Next article

So we’ve been teased with a second season of Emily in Paris.

The wait for season 2 of Emily in Paris just feels a little long right now. Emily in Paris came into our lives at a time when we were all looking for some distraction during last year’s lockdown put in place because of the COVID-19 pandemic. We lost ourselves in Emily’s life, an American who moves to the French capital for work. Her struggle to find her place in a foreign country and culture, attraction to neighbour Gabriel who has a girlfriend, and working her way around office politics kept us occupied. And to top it all, we got to see Paris from the comfort of a couch.

The recent buzz is that the cast has started shooting for season two and we couldn’t be happier. Season one ended on sort of a cliffhanger and we definitely want to know what’s in store for Emily and her friends Gabriel, Mindy and Camille. And, while we don’t know when we’ll be able to travel internationally again, we won’t mind more spectacular views of the city of lights.

So, as we wait for the new season to drop, why not pass the time by watching some other shows, and movies, that are set in Paris.

It is 1667. A young King Louis XIV (George Blagden) is the ruler of France. There is political turmoil in his land. To bring it under control, the king decides to build the Palace of Versailles. And, thus, begins a battle of intrigues within the kingdom.

Along with the Palace of Versailles, the show is shot at some other magnificent historical sites in and around Paris like the Château de Maisons-Laffitte and Château de Vaux-le-Vicomte.

Named after a famous French vegetable dish, the story of this beautifully animated film revolves around Remy (voiced by Patton Oswalt), a rat who has a knack for creating the best dishes one can ever imagine, and his unlikely partnership with kitchen worker Alfredo Linguini (voiced by Lou Romano).

The film won the Academy Award for Best Animated Feature Film in 2008 and was nominated in four other categories including Best Writing, Original Screenplay.

The police are looking for a serial killer in Paris whose modus operandi matches that of Jeanne Deber aka The Mantis (Carole Bouquet), a jailed serial killer. On the condition that she be allowed to work with her estranged son Damien Carrot (Fred Testot), who is a cop, Jeanne agrees to help nab the psychopath. La Mante is a French mini-series.

In the 1960s, at the height of the Cold War, a young man named André Merlaux (Hugo Becker) joins the French Secret Services. He must now train well to tackle his enemies and learn diplomatic intrigues while his superiors must do their best to train him as a perfect agent. Paris was amazing in the Swinging 60s, and this series captures the city during that period beautifully.

When a murder takes place at the Louvre Museum in Paris, evidence leads to Harvard professor Robert Langdon (Tom Hanks) who becomes a suspect. He then teams up with police cryptographer Sophie Neveu (Audrey Tautou) to find out the real culprit by solving cryptic clues connected to paintings by Leonardo da Vinci. The conspiracy he may end up unveiling threatens to hit at the very heart of one of the biggest religions of the world.

Besides Louvre, the film was shot in several prominent locations across Paris such as Église Saint-Sulpice and Pont du Carrousel among others. The movie is based on author Dan Brown’s book of the same name.

Based on the true incident of the devastating Bazar de la Charité fire in Paris on May 4, 1897, the French miniseries follows three women (played by Audrey Fleurot, Julie de Bona, and Camille Lou) whose lives are deeply affected by the tragedy and its aftermath.

In the 1930s Paris, an orphan young boy named Hugo (Asa Butterfield) is living in the walls of a massive train station where he maintains and oils the clocks to ensure his stay at the station. He then decides to go on a mission to find a key to an automaton that his clockmaker father (Jude Law) left behind. In the process, Hugo meets a young girl Isabelle (Chloë Grace Moretz) and her toymaker godfather Georges (Ben Kingsley), who is apparently hiding a great secret from the world.

Directed by Martin Scorsese, parts of the 3-D film were shot in Paris. Among the locations were some famous theatres and the reading room of the Bibliothèque Saint-Geneviève which was presented as the film library where Hugo and Isabelle try to research the history of cinema. The movie met with universal praise and received 11 Oscar nominations in 2012. It went on to win in five categories, including Best Cinematography.

Joseph (Jonathan Cohen) is a failed entrepreneur who smells (pun intended) an opportunity after learning that France will legalise cannabis. He then sets out to convert his father’s kosher butcher shop into the country’s first marijuana coffee shop.

Through the story, the comedy series is also able to throw light on the lives of Jews living in Paris’ historic Marais district — a place that was once the hub for the French Jews but has changed drastically since the 1980s. The series has a 100 percent rating on Rotten Tomatoes.

Jules and Jim is about two men named Jules (Oskar Werner) and Jim (Henri Serre), who become friends before World War I and go on to fall in love with extremely beautiful and impulsive Catherine (Jeanne Moreau). But she chooses Jules and marries him. When the War ends, Jim meets Jules and Catherine and realises that he is still in love with Catherine. Interestingly, she reciprocates his feeling.

This masterpiece of French New Wave cinema is directed by François Truffaut and based on the 1953 book of the same name by author Henri-Pierre Roché. It was shot at multiple locations across Paris and other parts of France. The ending was filmed at the Père Lachaise Cemetery in Paris.

Set in modern-day Paris, the show focuses on a club named The Eddy run by a former Jazz musician Elliot Udo (André Holland). When his friend and business partner Farid (Tahar Rahim) is murdered, Udo finds himself facing threats while trying to keep his struggling club afloat. In the meantime, his estranged daughter Julie (Amandla Stenberg) shows up from the US to stay with him.

Elsa (Zita Hanrot) works in Paris and hasn’t been able to get over her ex-boyfriend even after two years of their break-up. Her best friend Charlotte, in a well-meaning attempt, secretly decides to hire a male escort to date Elsa. Charlotte’s plan works beyond her expectations.

The biographical film is about New Yorker Julie Powell (Amy Adams) who takes up the challenge to cook all of the recipes in the cookbook of Julia Child (Meryl Streep) in 365 days. The film explores the lives of both individuals separated by time and locations. The film jumps between Powell’s New York life in the early 2000s and Child’s life in 1950s Paris.

For her performance, Streep received an Academy Award nomination for Best Actress in 2010.

The comedy-drama revolves around the lives and careers of four agents of a Parisian talent agency who have to deal with their high-profile celebrity clients and keep the business afloat. It features Camille Cottin, Thibault de Montalembert, Grégory Montel and Liliane Rovère in the lead roles.

Rated 100 percent by Rotten Tomatoes, Call My Agent is known for appearances of several A-list stars as themselves. These include Juliette Binoche, Monica Bellucci, Jean Dujardin, Charlotte Gainsbourg, Sigourney Weaver and Jean Reno among others.

While Paris is obviously at the centre of filming, you will also get to see parts of Cannes, which is known for hosting some of the world’s biggest celebrities during the Cannes Film Festival.