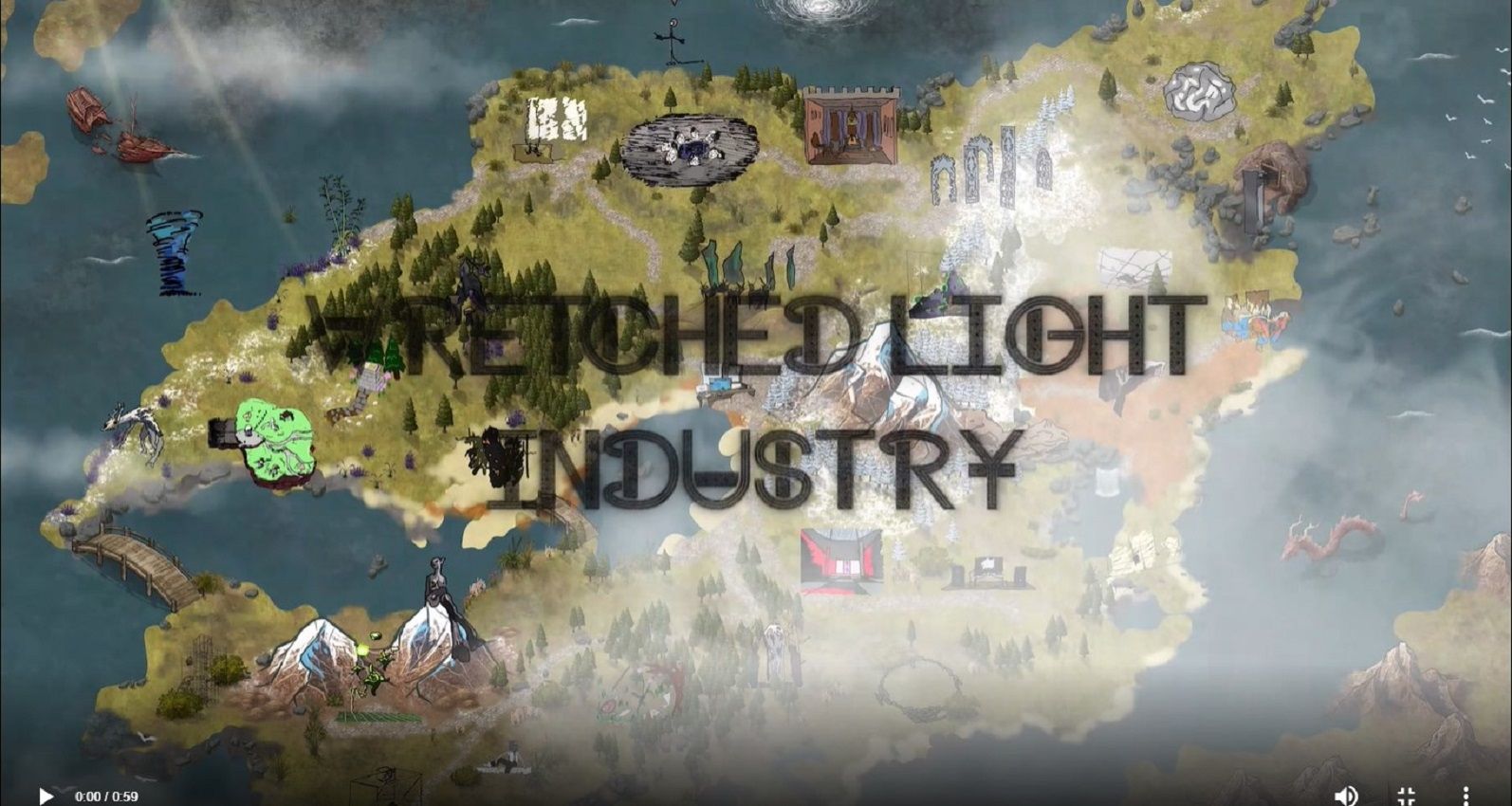 It seems that digital exhibitions are no longer enough to represent the creativity of artists.

Proof of this is “Wretched Light Industry“, a new artistic initiative that takes the form of a virtual island imagined by the Serving the People collective. It’s an immersive universe to explore from home, comfortably installed behind your computer.

While the world was looking for cosy ways to spend our increased time at home, many of us migrated to virtual spheres to escape the reality of the pandemic. While some chose to build a more peaceful society in the ultra-popular “Animal Crossing: New Horizon”, others preferred to party on the Party Royale Island of “Fortnite”, a tropical setting where DJ Marshmello and rapper Travis Scott even organised virtual concerts, followed by millions of fans.

The artistic collective Serving the People have also decided to create their own virtual setting. “Wretched Light Industry” is described as “a collaborative virtual world” imagined by Scottish artists Benjamin Hall and Jay Darlington. This virtual space is composed of about 30 environments that make up the fictional world titled Eilean Fogg. Each of them has come straight from the imagination of “emerging digital artists, magicians, musicians, explorers and dreamers from all over the world”. Alfie Dwyer, Antonio Parker-Rees, Enorê, India Stanbra, Johanna Saunderson, Kate Frances Lingard and Luca Guarino are part of the collective.

British artist Alfie Dwyer presents the installation “Hypercubes”, while the creative duo Luke Thompson and Joe Jack Chapman have created a virtual environment called “Soft Sanctuary of Mine”; The other worlds of “Wretched Light Industry” are available through Serving the People. Simply download the art collective website for free, which is available in several languages and compatible with Mac and Windows. And all you have to do is go off to explore Eilean Fogg.