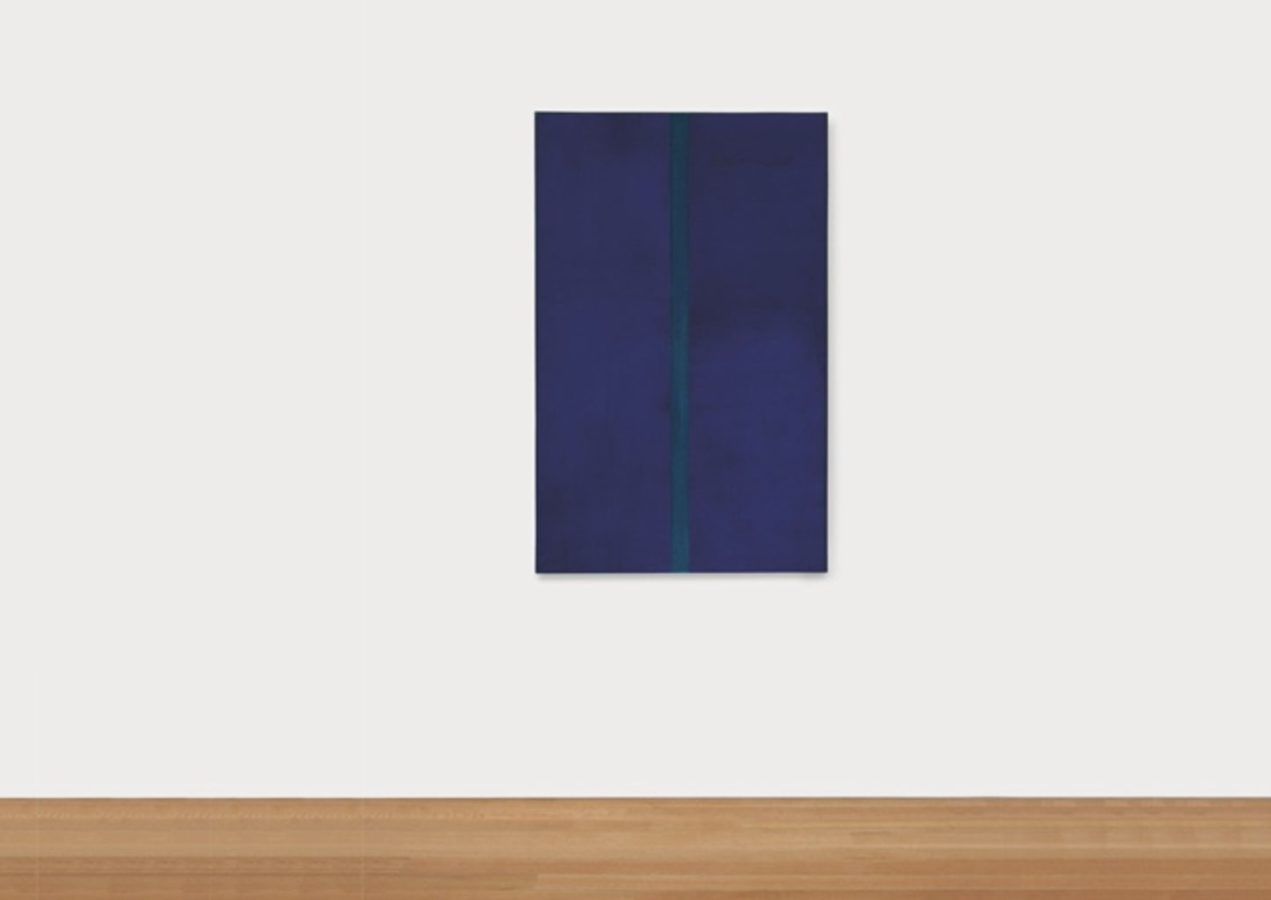 The year 2020 shook up the entire art universe and auction houses were no exception.

Global auction results fell by 26% in the past twelve months, reaching US$7.37 billion according to ArtTactic data. Despite this severe dip, some works did manage to reach record sales. Here is a selection of four memorable auctions.

“Triptych Inspired by the Oresteia of Aeschylus” by Francis Bacon
Sotheby’s made headlines when it persuaded Norwegian billionaire Hans Rasmus Astrup to auction the Francis Bacon triptych, which had been part of his personal collection since 1984. “Triptych Inspired by the Oresteia of Aeschylus” made headlines again when it sold for US$84.5 million (around €70 million) during the Sotheby’s Contemporary Art Evening Sale — the biggest sale of the year 2020.

Previously housed at the Astrup Fearnley Museet in Oslo, the three-panel work is one of 28 large-format triptychs that the Irish-born painter created between 1962 and 1991 — six of which have appeared at auction in recent years. Among them were “Triptych” (1976), “Three Studies for a Portrait of John Edwards” (1984) and “Three Studies of Lucian Freud” (1969), the latter setting a sales record for Bacon. The gigantic canvas sold for $142.4 million at Christie’s in 2013. While “Triptych Inspired by the Oresteia of Aeschylus” is less impressive, it still reached an eight-digit sum during a “livestream” sale. This never-seen before format in the art world was adopted by Sotheby’s and Christie’s during the covid-19 pandemic to achieve more visibility.

“Lucretia” by Lucas Cranach the Elder
A highly symbolic sale, “Lucretia” by Lucas Cranach the Elder reached US$5.1 million (€4.3 million) at Christie’s last October, exceeding by far its low estimate of US$1.8 million. However, the Renaissance master’s personal record remains “La Bocca della Verità,” which sold for US$14.4 million at Sotheby’s in 2015.

The portrait of “Lucretia” was one of the dozens of works auctioned by the Brooklyn Museum at Christie’s. The goal? To raise US$40 million to finance the maintenance of its collections. This practice, better known as “deaccessioning,” caused a lot of discussion when the Association of Art Museum Directors (AAMD) temporarily relaxed its rules around it in April. To help North American museums cope with the pandemic, the Association allowed the institutions to sell some of their works off, on the condition that the funds raised be used to diversify their art collections.

Many US museums have followed the Brooklyn Museum’s lead by selling works from their collections in recent months. The Baltimore Museum of Art was toying with the idea of offering paintings by Clyfford Still, Brice Marden and Andy Warhol for auction at Sotheby’s in order to “rebalance” its art collection and finance some of its regular expenses. Despite these laudable intentions, the institution had to back down under fire from critics.

“Stan”
Some auctions have a long-standing influence on the art market. That was the case for “Salvator Mundi,” the most expensive canvas ever auctioned, which sold for US$450 million at Christie’s in 2017. Three years later, it was a 67 million year-old T-Rex fossil that triggered a heated sale. The Tyrannosaurus rex fossil, nicknamed Stan, reached the record price of US$31.8 million (€26 million) at Christie’s in October, shredding its US$8 million estimate. Stan also dethroned the previous record holder, Sue, another T-Rex who moved into the lobby of Chicago’s Field Museum after selling for US$8.4 million at Sotheby’s in 1997.

Dinosaurs are increasingly sought after by natural history museums and fossil enthusiasts, and specimens of the great predator are particularly coveted. And this includes whole skeletons, bones and teeth. An emerging market that could push some collectors to set new sales records in the coming years.

This monumental painting by American art critic and painter Barnett Newman was one of the most coveted lots at Christie’s “One” sale, held this July. While the entire sale brought in US$420 million, “Onement V” saw the hammer fall at US$30.9 million (€25.3 million). This sum only slightly exceeded Christie’s low estimate but still represented the third highest bid for a Barnett Newman work. The deep blue canvas, divided in the middle by a vertical stripe or “zip” characteristic of the American artist, is part of a six-canvas series, begun by Barnett Newman in 1948. Following this sale at Christie’s, only one painting of the series remains in private hands. The others are part of permanent collections in international institutions, notably New York City’s MoMA.