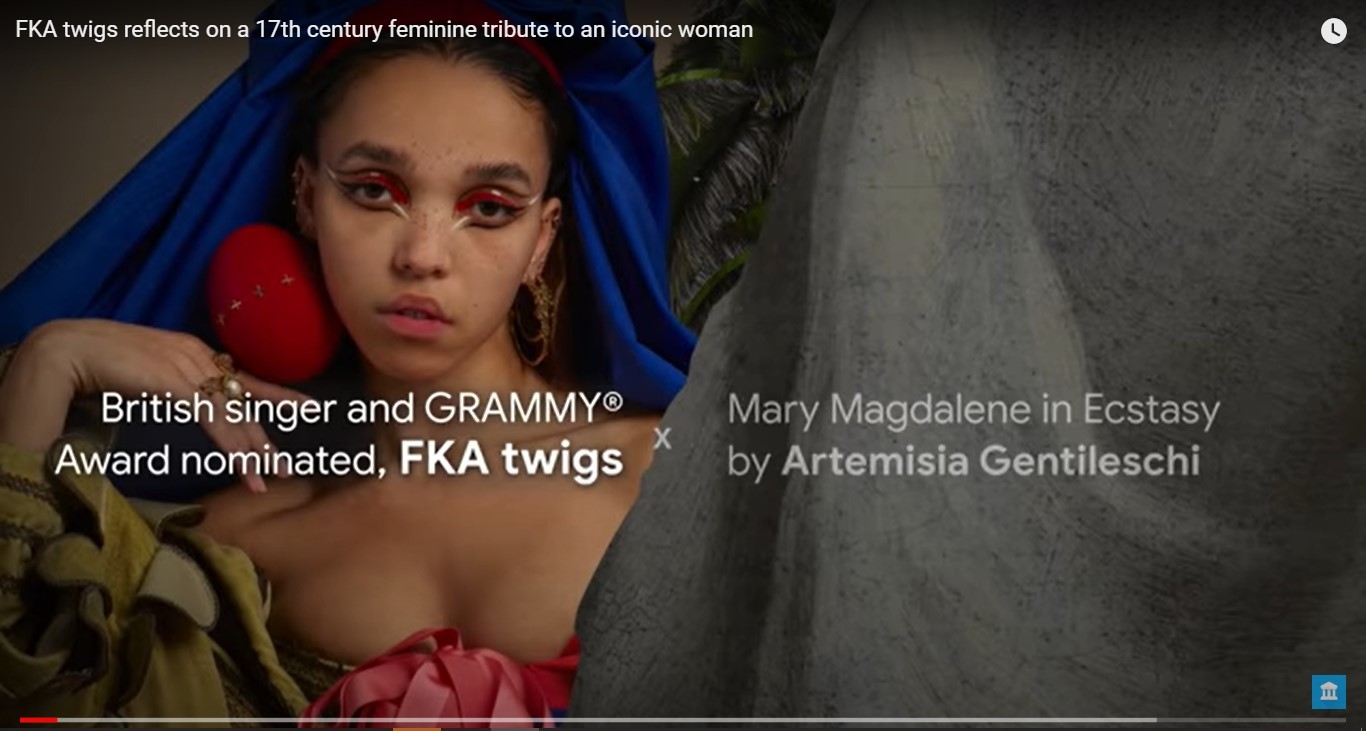 With an initiative that might convince many to take an interest in painting, Google Arts & Culture has recently dropped the second season of its educational series “Art Zoom,” in which contemporary musicians discuss their favorite works.

On the program for the new season are FKA twigs, Grimes, Ellie Goulding, J Balvin and Chaeyoung from the South Korean band Twice.

For the new season, FKA twigs has chosen to present “Mary Magdalene in Ecstasy” by Italian painter Artemisia Gentileschi. She did not choose the painting by chance. The British singer devoted her second album, “Magdalene,” to the Biblical figure.

“When making my own album entitled ‘Magdalene,’ it was a time of great healing for me. When I was researching about Mary Magdalene and looking at a lot of paintings of her, she seemed so poised and so together. But the irony is in finishing my music, I found a deep wildness, a looseness, an acceptance, a release. And that’s exactly what I’m experiencing in this painting,” explains FKA twigs.

The Canadian singer Grimes discusses another Renaissance painter, Pieter Brueghel the Elder, and in particular “The Fall of the Rebel Angels.” The oil painting, which is currently held and exhibited at the Royal Museums of Fine Arts of Belgium in Brussels, shows a multitude of rebellious angels, which it depicts as half-human, half-animal monsters.

“This painting is such a nightmare… This is like a deeply emotional piece, he must have been having a really bad day,” points out Grimes, who adopts a humorous approach to the work.

The new season also has short videos in which Colombian reggaeton singer J Balvin talks about the work of Fernando Botero and the independence history of his native country, while South Korean singer Chaeyoung presents “Mountains (Topography)” by abstract art pioneer Yoo Youngkuk.

Jarvis Cocker, Feist and Maggie Rogers all participated in the first season of “Art Zoom”, which is also available online.

Sign up to get the latest luxury and lifestyle news delivered to your inbox.
ART google
AFP Relaxnews
Tech