How Gallery Climate Coalition is driving a carbon-free art world 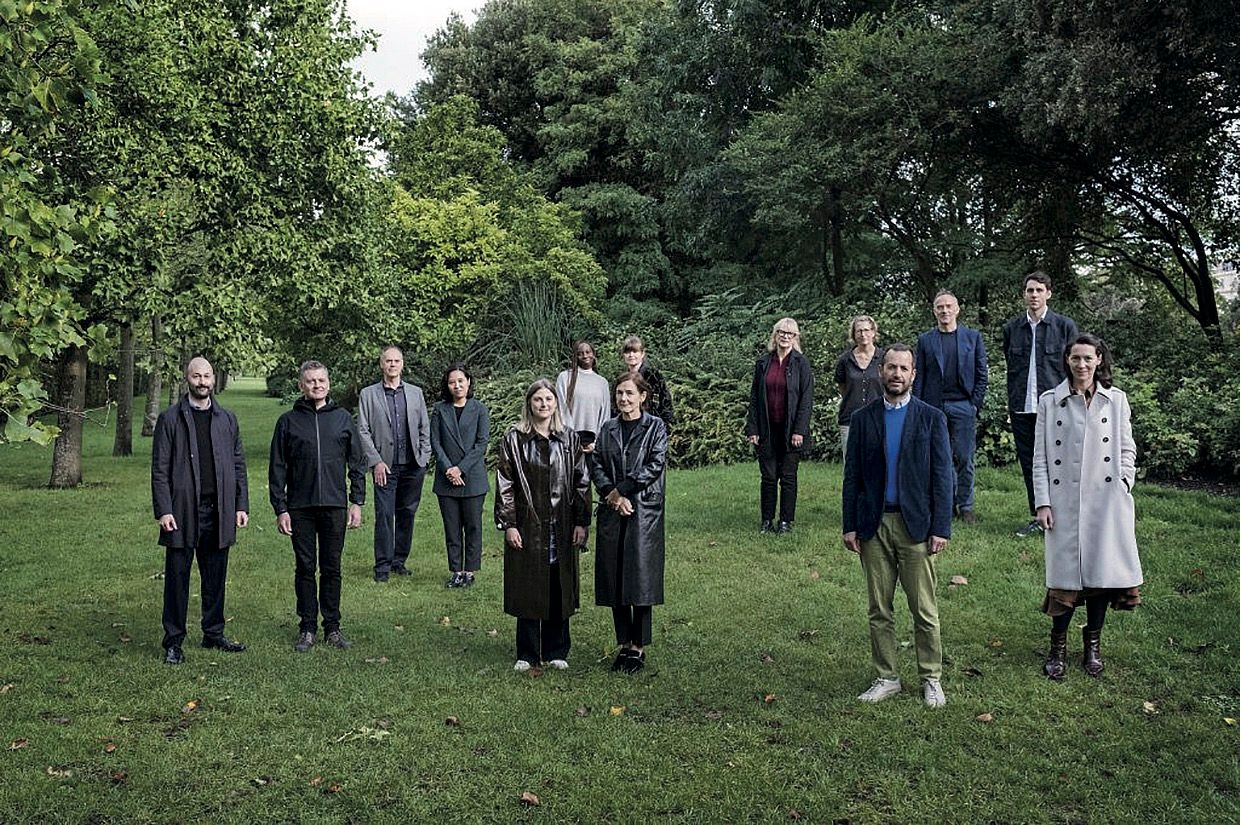 Gallery Climate Coalition is an international charity pushing for environmental accountability and action within the commercial art sector. Crystal Lee uncovers its mission for a more responsible art world.

Artists have long been agents of social change. In the realm of climate activism, Icelandic-Danish artist Olafur Eliasson is something of a household name. A Goodwill Ambassador for renewable energy and climate action by the United Nations Development Programme, Eliasson is known for his large-scale installation art that explores humanity’s relationship with the planet.

In 2015, Eliasson, together with distinguished geologist Minik Rosing, displayed a dozen icebergs in Paris’ Place du Panthéon for the COP21 climate conference. These large blocks of ice, cast off in a natural process called calving, were hauled from a fjord outside Nuuk in southern Greenland. Titled Ice Watch, the installation is a stark reminder of the effects of climate change, as observers watch the circle of ice melt in real time.

What was groundbreaking about this project was its carbon report. Sebastian Behmann, architect and the head of design at Studio Olafur Eliasson, explained in an interview with Dezeen: “In our world, in our studio, I think that was the first time. We wanted to have a precise number. So if we bring in ice from Greenland, what does that actually mean? Because it wasn’t very clear.”

Created by Julie’s Bicycle, a non-profit organisation focused on sustainability in the arts, the report found the installation emitted 30 tonnes of carbon dioxide equivalent (CO2e). Around 93 per cent came from transporting the 80 tonnes of glacial ice from Greenland to Denmark in refrigerated containers and trucking them to Paris. The travel undertaken by the Studio Olafur Eliasson team to Paris for the set-up and launch accounted for another 5 per cent, while the exhibition itself is responsible for the remaining 2 per cent.

Such is the irony of environmental art, as well as the art world in addressing climate change. With a business model underpinned by travel, temporary structures and unbridled decadence, the industry has to change the way it operates if it is to align itself with the European agenda and the Paris Agreement.

To support the commercial art sector in becoming more environmentally friendly, a group of art professionals, including gallerist Thomas Dane and Frieze co-founder Victoria Siddall, joined forces in October 2020 to establish Gallery Climate Coalition (GCC), a non-profit entity that offers a range of tools and resources to help its members in decarbonisation and adopting zero-waste practices.

At the heart of GCC is a carbon calculator designed specifically for the art industry. Available on GCC’s website, the free tool gives users an accurate estimate of their total carbon emissions across various categories, including travel, shipping, building energy consumption, packaging and printing. Poppy Paulus-Nicolas, who manages communications, membership management and fundraising at GCC, elaborates, “GCC encourages members to publish their annual carbon reports on our website. It helps us track progress and build a bank of data to refine our tools and resources. With the report, members can then go on to reduce as much of their CO2e emissions as possible. We also ask members to calculate their CO2e price per tonne and donate the amount to approved Strategic Climate Funds (SCFs that cover areas where urgent climate action is needed, such as keeping fossil fuels in the ground and defending forests.”

GCC’s tremendous growth is proof that the art world wants to do right by the environment. In less than two years, the organisation has amassed over 700 members across the sector – from museums and galleries to auction houses and individual artists. Some have publicly released their carbon reports, revealing the main areas of carbon emissions. “Transportation of artworks, specifically via air freight, is one of the biggest contributors to greenhouse gas emissions in the art sector and is an area with huge potential for carbon reductions,” adds Paulus-Nicolas. “By moving a piece of art by ocean rather than air, the artwork’s impact on the climate can be reduced by around 95 per cent.”

That was what artist Gary Hume did, following a commissioned report that compared emissions associated with air and sea freight In 2019, he transported all his works from London for an exhibition at Matthew Marks Gallery in New York by sea. Gallerist Kate MacGarry also changed tack upon measuring her gallery’s carbon footprint. For the year 2018-19, it was 24 tonnes, equivalent to 40 round trips between London and New York. A significant 45 per cent was flights, including to art fairs. “I’m not flying any works internationally anymore,” she said to Financial Times. “I think we’re at a real turning point, and I’d like to see some really big change about the way we do business.”

Beyond supporting its members on their sustainability missions and goals, GCC also raises funds and awareness for Client Earth, an international law firm that protects the planet by holding governments and companies around the world accountable for environmental damage.

Last year, it launched the Artists for ClientEarth auction series with Christie’s to coincide with COP26, the United Nations Climate Change Conference of the Parties. Artists including Cecily Brown, Rashid Johnson, Antony Gromley and Xie Nanxing have donated their works for this charity drive, which has generated nearly £5.5 million (S$9.35 million) in proceeds to date.

GCC is but one of several organisations taking aim at the environmental crisis within the field of arts and culture. Rather than working in silos, it formed a new alliance with its counterparts – namely Art to Acres, Art + Climate Action, Art / Switch, Art to Zero, Galleries Commit and Ki Culture – in July 2021. PACT, short for Partners for Arts Climate Targets, functions as a central network to accelerate the sector’s collective climate action. “By advocating for one another, PACT amplifies voices and promotes collaboration for global change,” Paulus-Nicolas explains. “Each organisation brings different offerings to the table, inviting multiple pathways for engagement and allowing each initiative to innovate, explore solutions and build community.”

As the art world reassesses the way it produces and consumes energy, the biggest challenge may be shifting the mindsets of individuals accustomed to instant gratification. “Currently, decisions relating to freight are predicated on speed rather than environmental considerations,” says Paulus-Nicolas. “If collectors and artists are willing to wait longer and shipping schedules can be booked further in advance to prioritise road and sea freight, this will have a significant impact. In that sense, collectors and artists have a lot of tangible power to make a difference.”