Indecent Exposure: The legacy of Helmut Newton, and his surprising connection to Singapore 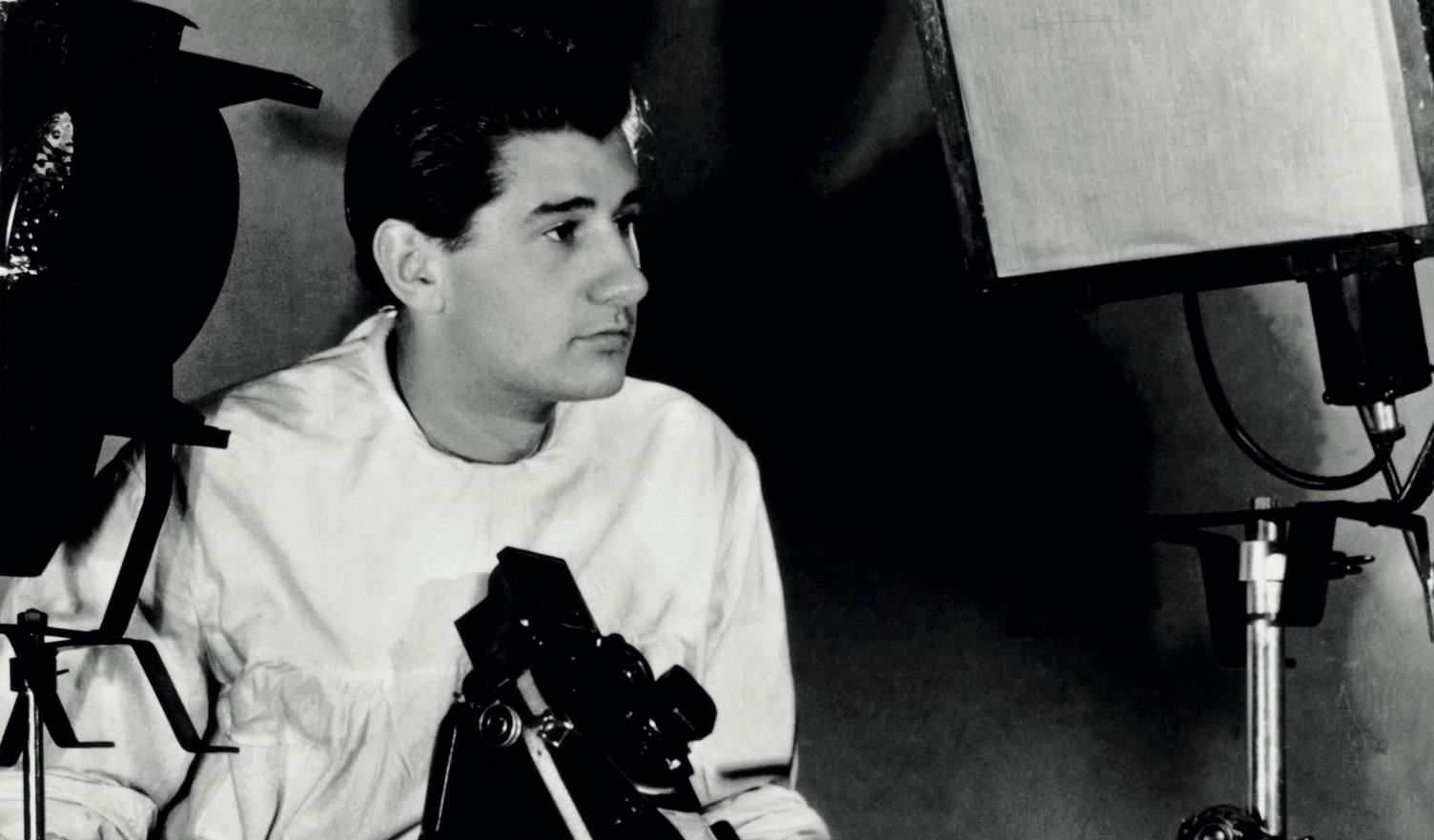 Pursuits
Indecent Exposure: The legacy of Helmut Newton, and his surprising connection to Singapore
Share
Next article

Helmut Newton, one of the towering figures in the world of photography, is the subject of a newly released Taschen art book, which has been published to coincide with a large-scale retrospective exhibition at the Helmut Newton Foundation in Berlin. Bruce Scott charts the legacy of the lensman with a little-known connection to Singapore and his lasting influence on fashion and art.

In the world of fashion photography, the late Helmut Newton is an iconic figure. Alongside legends such as Richard Avedon and Irving Penn, he is widely regarded as one of the most influential, and most imitated photographers of the 20th century. He is perhaps best known for his work with Vogue magazine – spanning the French, German, American, Italian and Russian editions of the publication – although his full oeuvre also encompasses portrait, glamour and art photography. Infamous for his controversial, provocative and often racy subject matter, his “voyeuristic” images playfully reference film noir, Expressionist cinema, Surrealism and even a little S&M.

He was born Helmut Neustädter, the son of Jewish parents, in Berlin on Oct 31, 1920. To commemorate the centenary of his birth, the Helmut Newton Foundation in Berlin had planned a grand retrospective of his life and work to be unveiled in 2020, but unfortunately the Covid-19 pandemic scuttled those anniversary plans. However, the exhibition, simply entitled Helmut Newton. Legacy, did finally open to the public late last year – fittingly on Oct 31 – and is scheduled to run until May 22, 2022.

Newton’s interest in photography began early on. By the age of 12 he had purchased his first camera, a box Brownie made by Eastman Kodak, and by 16 he was working under the well-known German photographer Yva (Elsie Neuländer Simon). However, just two years later his family made the desperate decision to escape Germany, as the persecution of Jews by Nazi authorities continued to escalate. His parents fled to Argentina, but young Helmut ended up on a ship bound for Singapore, where he settled briefly and worked as a photographer for The Straits Times and then as a portrait photographer.

After World War II broke out, he was interned by British authorities in Singapore and was eventually sent to Australia. He was released from internment in 1942, and later enlisted with the Australian Army, thus enabling him to become an Australian citizen. After the war he officially changed his last name to Newton, and during the affluent post-war years he set up a studio in Melbourne where he worked on fashion, theatre and industrial photography assignments.

In 1953 he had his first photography exhibition – a joint show with Wolfgang Sievers – and as his reputation as a fashion photographer grew, he received a commission to work on Vogue magazine’s Australian supplement. This led to a 12-month contract with British Vogue, which took him to London in early 1957. It was to be the fortuitous beginning of a long and illustrious career. 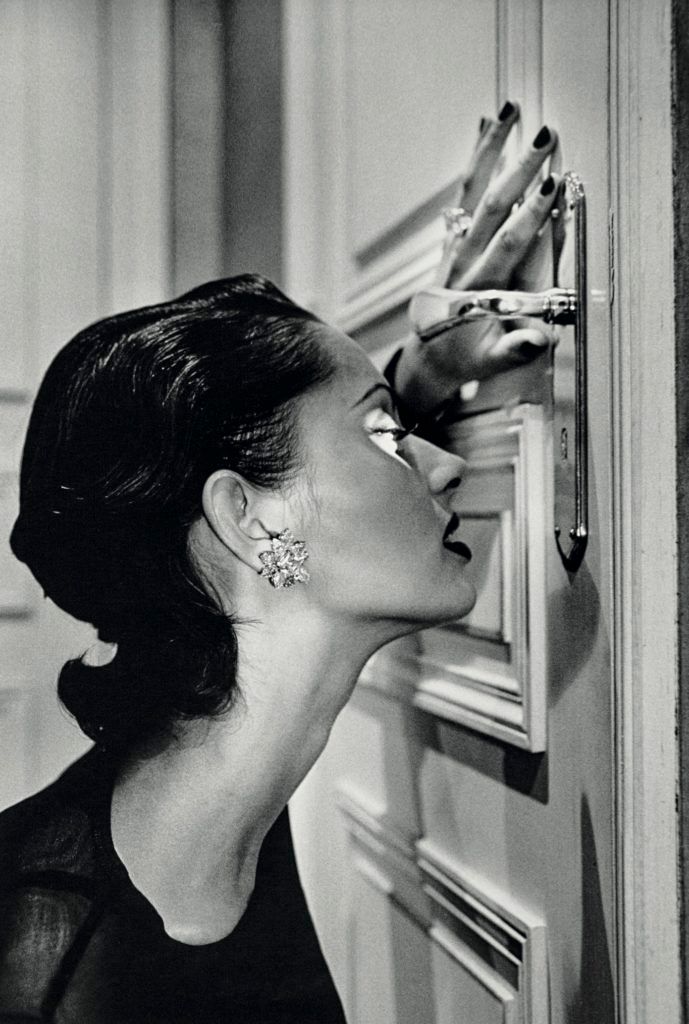 Newton’s definitive style came into its own during the swinging ’60s in Paris, the city he moved to in 1961. His work from that era documented the exciting fashion revolution then going on, chronicling the emergence of everything from miniskirts to go-go boots. And just as designers back then were bending the conventions of what we wear, Newton sought to bend the conventions of fashion photography, which he found rather stifling at times.

Preferring to work outside the confines of the studio, he searched for elaborate alternative backdrops – such as turn-of-the-century mansions, elegant villas and distinguished hotels – to use as the stages for his models. His erotically charged, often menacing imagery also pushed the morally acceptable conventions of the time, raising more than a few eyebrows within the fashion industry. As he continued to experiment, many critics denounced his photos as being overly suggestive and unnecessarily risqué.

Fortunately, his admirers outnumbered his detractors, and by the 1970s his fame and reputation allowed him the resources to indulge in unlimited creative possibilities when it came to location shooting, even if that entailed flying a helicopter over a beach in Hawaii just to get the perfect shot.

His career ultimately spanned more than five decades, and his work – which repeatedly tested social and moral boundaries, sometimes even redefining them – has graced the pages of magazines such as Harper’s Bazaar, Elle, Vanity Fair and Playboy. In his compositions it is almost always women who take centre stage, and the list of leading ladies he’s captured on film includes Catherine Deneuve, Elizabeth Taylor, Charlotte Rampling, Lauren Hutton and Nastassja Kinski, to name but a few.

He also worked on advertising campaigns, with fashion brands such as Yves Saint Laurent, Chanel and Versace, as well as other brands like Absolut Vodka and BMW. Meanwhile, his list of celebrity portraits runs the gamut from David Lynch and Leonardo DiCaprio, to Margaret Thatcher and Madonna. His original photographs are some of the most valuable in the world, and in 2000 a rare edition of his art photography book Sumo sold at auction for a whopping US$430,000. 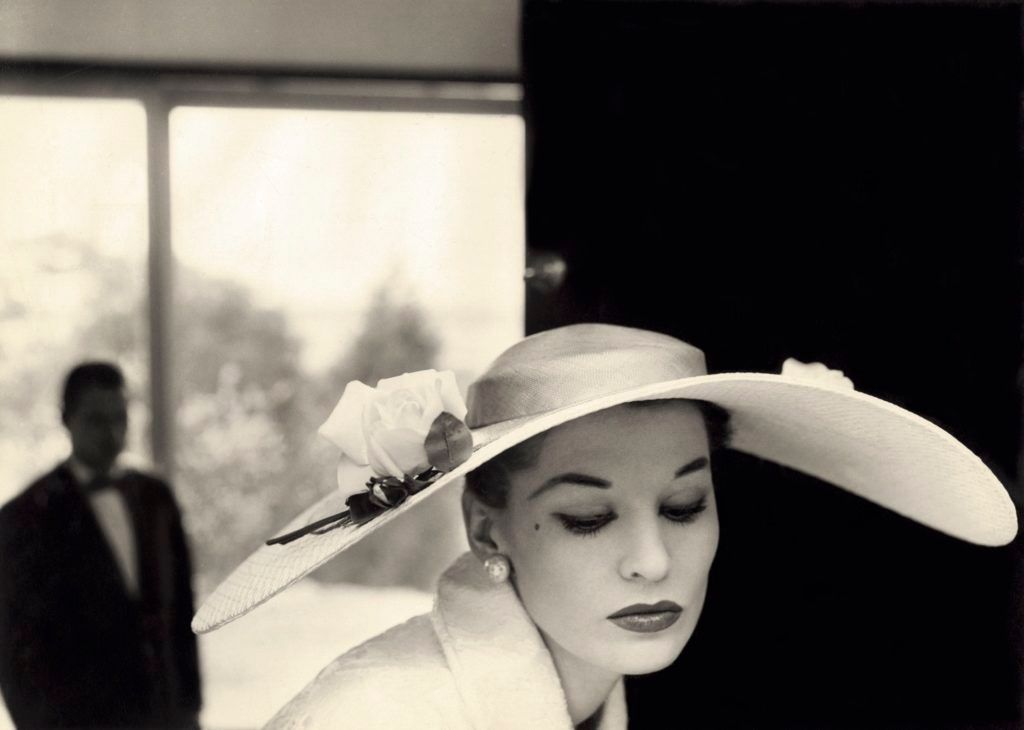 In his later years, he and his wife June – whom he married in 1948, and who would later become a successful photographer herself under the pseudonym Alice Springs – divided their time between summers in Monte Carlo and winters at the Chateau Marmont in Los Angeles. In January of 2004, while in California, Newton suffered a serious heart attack and died at the age of 83. Interestingly – and almost presciently – his death came just a few months after he had established the Helmut Newton Foundation (HNF) in Berlin, which was set up to manage his artistic legacy.

The HNF, which is housed in a former Prussian officer’s casino in the historic centre of West Berlin, is dedicated to the promotion, preservation, and presentation of the photographic works of both Helmut Newton and his wife June. At its inception, Newton endowed the foundation with numerous original photographs that comprise a significant proportion of his body of work. According to his wishes, the HNF was not meant to be a “dead museum”, but a “living institution”, which is why previous exhibitions have presented Newton’s pictures in juxtaposition with those of David LaChapelle, James Nachtwey, Larry Clark, Sarah Moon and other acclaimed contemporary photo artists.

For the current show, Helmut Newton. Legacy, the foundation’s curator Matthias Harder has chosen approximately 300 works, half of which are being shown to the public for the first time. Some depict fashion luminaries such as Karl Lagerfeld, Cindy Crawford and Carla Bruni, while others are taken from shoots for Prada, Thierry Mugler and Calvin Klein. Also on display are lesser-known aspects of Newton’s work, such as unconventional fashion photographs that seem to instinctively reflect the zeitgeist of their era, as well as numerous Polaroids, contact sheets and other archival material – all of which serve to both complement the pictures on exhibition, and give some intriguing insight into Newton’s creative process.

Although Newton is one of the world’s most oft-published photographers, the HNF hopes that the “forgotten” photographs of historic celebrity and couture culture that are coming to light in this exhibition will surprise, shock and enchant a whole new generation of viewers. And, as an added bonus, for the duration of this retrospective the work of June Newton (aka Alice Springs) will also be on display, in a space appropriately called June’s Room.

This special secondary showcase honours the late Mrs Newton, who became the foundation’s president after the death of her husband, and who passed away herself in April 2021 (and is now laid to rest next to Helmut in the Städtischer Friedhof III cemetery in Berlin).

To coincide with this historic retrospective, Taschen art books has published Helmut Newton. Legacy, a 424-page hardcover commemorative catalogue. It features text in English, French and German, that chronicles Newton’s lasting influence on both modern photography and visual art.