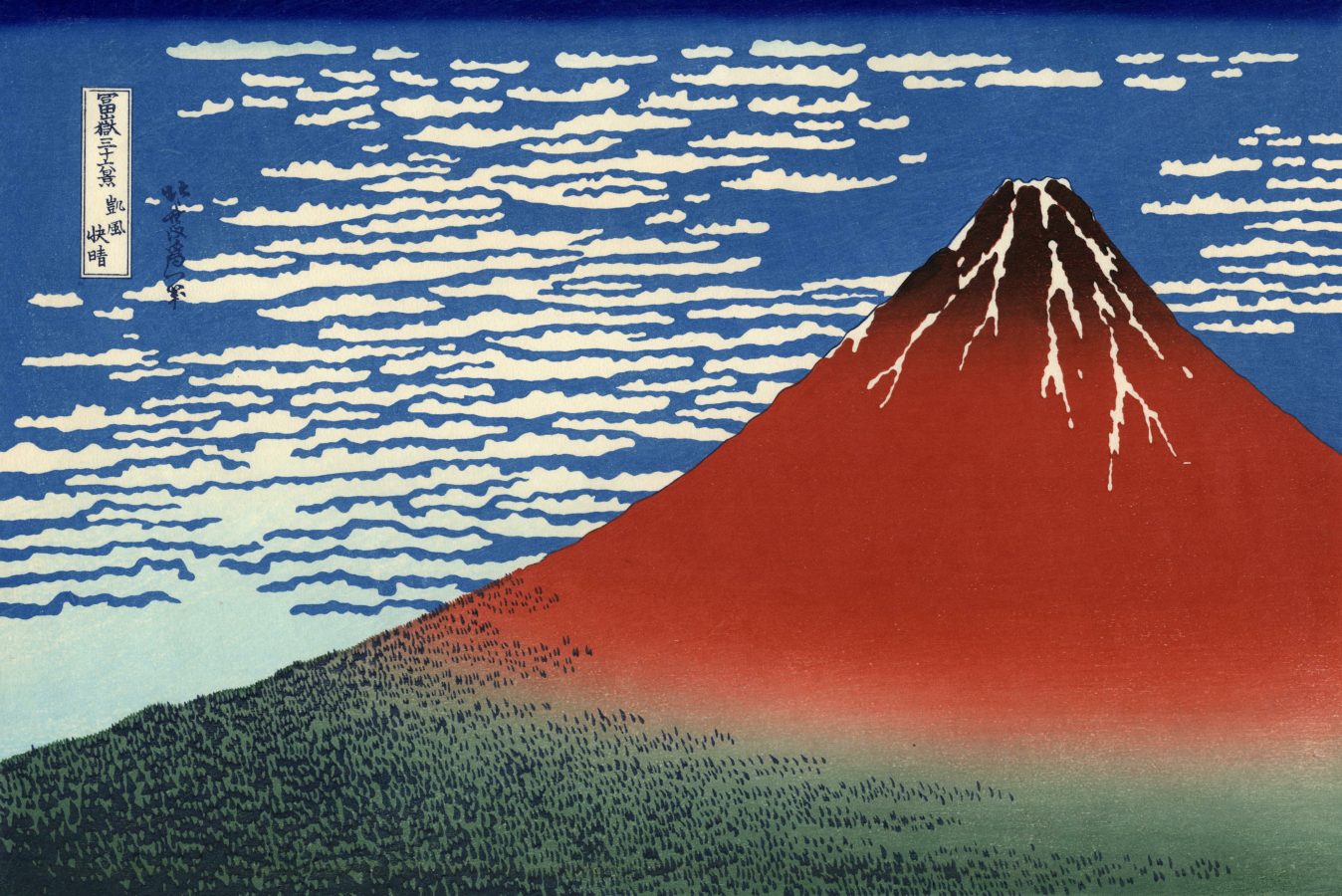 Pursuits
Arty Facts: A deep dive into the history of Japanese artist Hokusai and his signature waves
Share
Next article

As the adage goes, age is just a number.

Convinced that he would live to age 110, the Japanese printmaker known for most of his life as Hokusai once said, “When I am 80 you will see real progress. At 90 I shall have cut my way deeply into the mystery of life itself. At 100, I shall be a marvellous artist. At 110, everything I create; a dot, a line, will jump to life as never before. To all of you who are going to live as long as I do, I promise to keep my word. I am writing this in my old age.”

Katsushika Hokusai did live from 1760 to 1849, a respectable innings, and his works remain stubbornly relevant to contemporary audiences. Ukiyo-e is a genre of Japanese art which flourished from the 17th to 19th centuries. Its artists produced woodblock prints and paintings of subjects from the so-called “floating world” [originally a Buddhist term] of everyday events and scenes.

Chief among his output is the body of work, Thirty Six Views of Mount Fuji (which actually number about 46), consists of exquisite wood block prints measuring about 25cm by 35cm. Featured in every image is Mount Fuji ­– which at 3,776 metres is Japan’s tallest mountain, a perfectly formed volcano that last erupted in 1707-08. Among the three dozen images, one truly stands out ­– The Great Wave off Kanagawa ­– featuring hunkered-down fishermen rowing bravely into an apocalyptic ocean swell.

Hokusai’s career culminated in the waning years of the isolationist Edo period (1603-1868), when Japanese were prohibited from travelling abroad and foreigners were denied entry – except for a small but long settled Dutch traders in Nagasaki, via whom Hokusai saw his first Western prints. The Dutch artwork inspired Hokusai’s interest in linear perspective, which he in turn used to create a Japanese variant. Other Dutch influences were the use of a low horizon line and the distinct European colour, Prussian blue.

The modern ceramic artists you need to know
Pursuits
Arty Facts: The secrets behind Vermeer’s famous ‘Girl with a Pearl Earring’ painting
Pursuits

Hokusai wrote many textbooks on sketching and other techniques, including the nearly 700- page Hokusai Manga –that today remains a favourite source among, you guessed it, modern Manga artists who regard him as something of a patron saint of their craft.

As was common among artists of his time, he changed his name many times ­– including Shunrō, Sōri, Kakō, Taito, Gakyōjin, Iitsu and Manji – before settling on Hokusai. He also never settled down for too long, reportedly relocating 93 times in his life, due to a supposed aversion to cleaning.

The influence of European art on Japan was not a one-way street. In the 1850s, a few years after Hokusai’s death, trade was forced open by US naval commodore Matthew Perry, sparking a wave of Japanese artefacts to the West. At the 1867 World Exposition in Paris, Hokusai’s work was displayed at the Japanese pavilion, creating a craze for collecting art called Japonisme. Claude Monet and his contemporaries were enamoured by Japanese prints.

Despite its popularity, Japanese art historians were not overly impressed by Hokusai’s Mount Fuji series, and regarded woodblock prints as a form of commercial printing. Yet today, original prints of The Great Wave are treasured by leading museums around the world.

Meanwhile, on his deathbed at age 90, the old master reportedly said, “If heaven had granted me five more years, I could have become a real painter.”