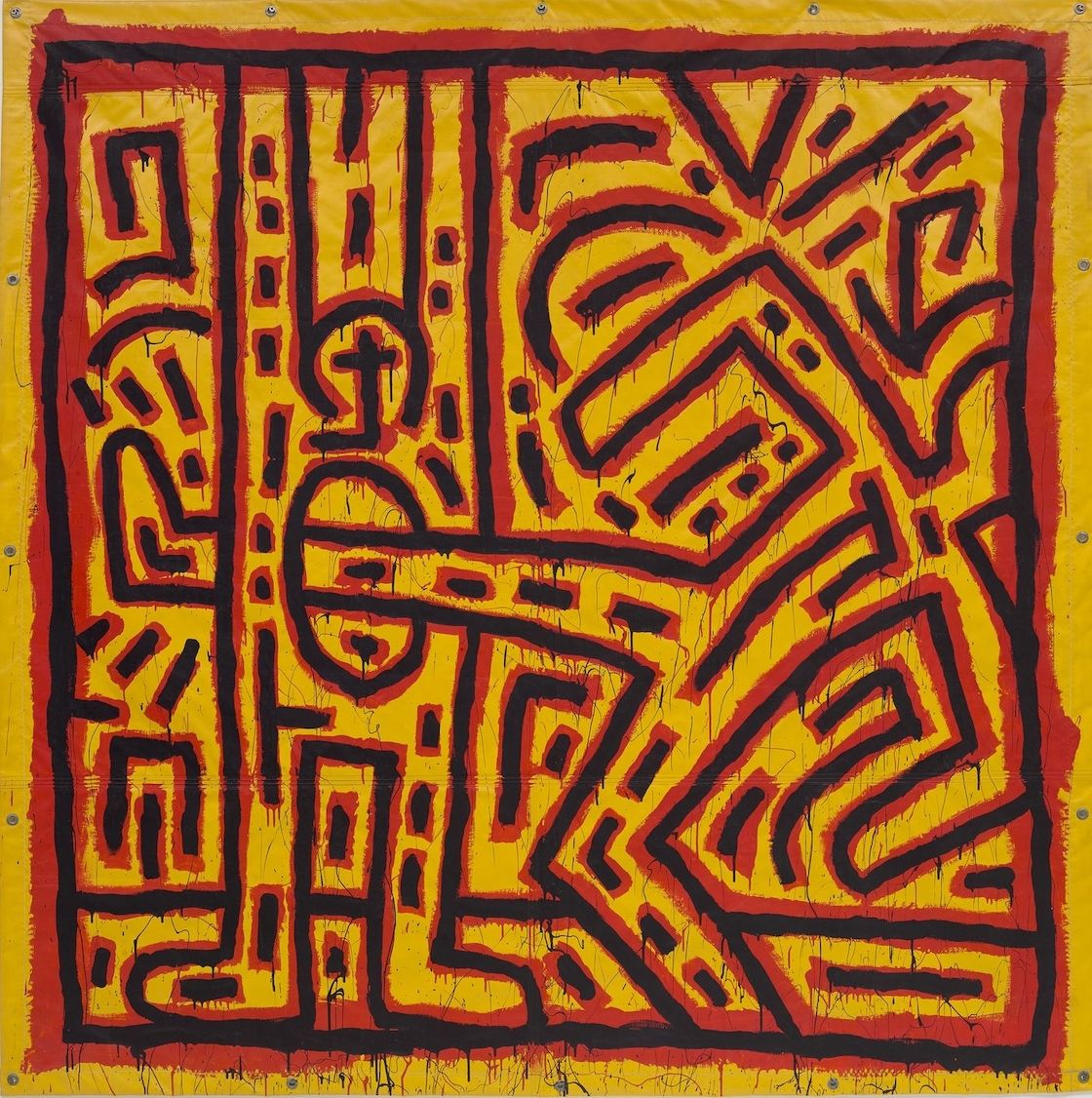 A cross-faced man is raising his arms on the left corner of the canvas while an anonymous counterpart is seen shooting in the hole that punctures his body, with art scholars drawing a parallel between “Untitled” and the outbreak of the AIDS epidemics of the 1980s.

The painting, which is reminiscent of Haring’s early subway drawings, was executed at the dawn of the pop artist’s 1982 breakthrough exhibition at Tony Shafrazi’s Soho space in New York City. It was included in a retrospective dedicated to the American artist at the Whitney Museum of American Art in 1997, and later in the exhibition “Keith Haring: The Political Line” at Musée d’Art moderne de la Ville de Paris.

Prior to being put up for auction, “Untitled” had remained in the same private collection since Haring’s first solo show at Tony Shafrazi Galleries. It is expected to sell for between £3 million and £4 million (S$5.4 million and S$7.2 million). This high pre-sale estimate is far from Haring’s current auction record of US$6.5 million (S$9 million), which was set in 2017 at Sotheby’s for another painting named “Untitled”.

Haring’s large-scale masterpiece will be one of the top lots of the Phillips sale, alongside major works by Ed Ruscha, Peter Doig, Alex Katz, KAWS and Sean Scully. Also going under the hammer will be the collection of London-based banker Robert Tibbles, which features seminal pieces by up-and-coming British artists like Damien Hirst, Gilbert & George, Gary Hume and Michael Craig-Martin.

“This sale has been purposefully assembled to reflect current international collecting trends, with a front run of young artists positioned alongside seminal works by blue-chip contemporary names,” Olivia Thornton, who is the head of 20th-century and contemporary art at Phillips Europe, said of the upcoming auction in a statement. Select works from Phillips’ 20th Century & Contemporary Art evening sale are currently on view at the house’s London galleries.