Kobe Bryant’s Lakers jerseys and memorabilia are going to auction 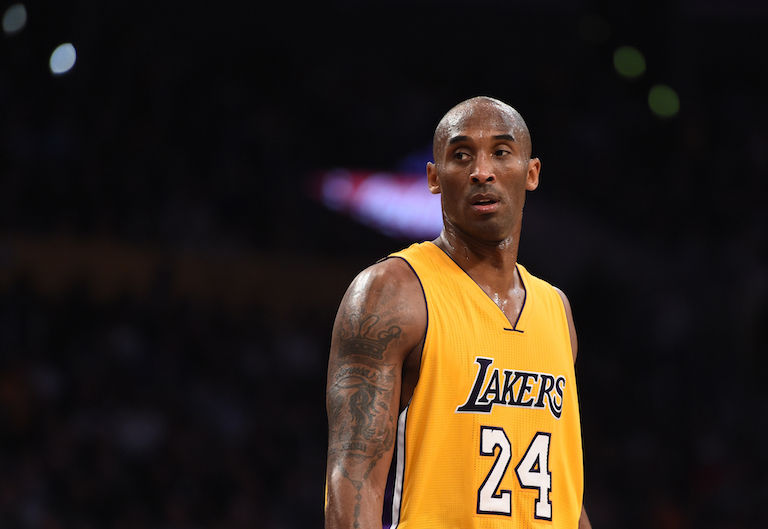 Lakers jerseys, shoes and assorted memorabilia once belonging to the late Kobe Bryant are set go to auction on April 30. Conducted by Julien’s Auctions, the Sports Legends sale showcases some 300 items from “the worlds of basketball, soccer, baseball, hockey and beyond”.

Bryant was a five-time NBA champion and 18-time NBA All-Star with the Los Angeles Lakers. He retired in 2016 and his jersey numbers, 8 and 24, were retired by the Lakers in 2017. He passed on last month in a helicopter crash at age 41 along with his daughter Gianna and seven others.

The Lakers number 8 home uniform worn by Bryant in the 2000 NBA Finals, when he captured his first NBA crown by leading the Lakers over the Indiana Pacers, carries an estimated price tag between US$10,000 and US$20,000 (S$14,000 and S$28,000). It includes a black armband worn in memory of Lakers legend Wilt Chamberlain.

The 2011 handprints Bryant made at the Chinese Theatre, valued at between US$4,000 and US$6,000 (S$5,600 and S$8,400), made him the first athlete to make a cast at the Hollywood movie house in a collection usually reserved for stars of the silver screen.

Bryant’s number 24 home jersey worn in the 2006-07 NBA season, an autographed pair of black and white shoes worn by Bryant and a basketball signed by the 2009-10 NBA champion Lakers, including Bryant, is also available.

“We are honoured to include this collection of his items and pay tribute to this giant who was an inspiration not only to basketball fans but to the entire world,” said Darren Julien, president of chief executive of Julien’s Auctions.

Other sports items available include a 1984 Los Angeles Olympics silver medal, a replica FIFA World Cup trophy given to Marco Antonio from the 1970 champions Brazil and FIFA World Cup champion’s gold medals from 1994 and 2002. The auction takes place in Beverly Hills and live online here.