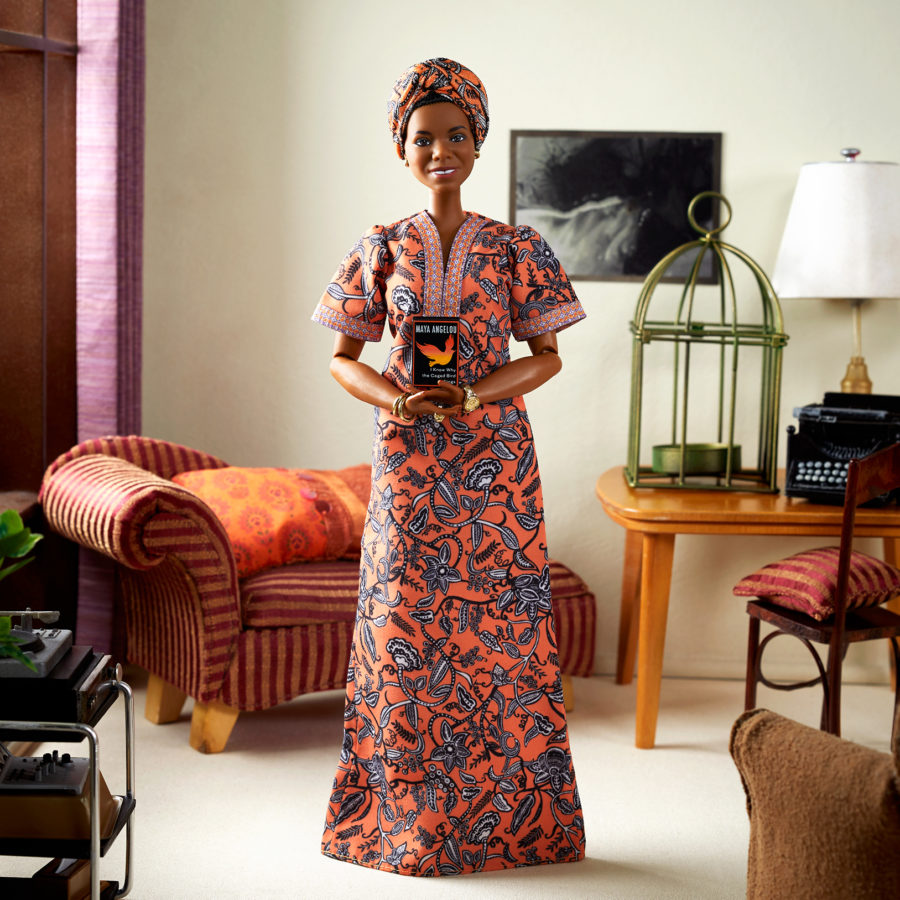 Ahead of Black History Month, Mattel has announced that Dr. Maya Angelou will become a Barbie doll. The late author, activist and teacher is the latest honouree of the franchise’s Inspiring Women series, alongside Amelia Earheart, Rosa Parks and Ella Fitzgerald.

The new Barbie doll, whose face is “sculpted to Dr. Angelou’s likeness,” wears a head-wrap, jewelry and floral print dress. It also holds a replica of her 1969 memoir, “I Know Why the Caged Bird Sings,” in which the late writer recalls her childhood in the terrifying universe of the rural Jim Crow South. An autobiography nominated for a National Book Award that Mattel describes as “a gripping account of overcoming adversity in her early life.”

The toy company also added that  Dr. Angelou is a “fitting addition” to the “Inspiring Women” line, which was launched in 2018 in order to celebrate “women who took risks, changed rules and paved the way for generations of girls to dream bigger than ever before.” Other past honorees have included NASA mathematician Katherine Johnson, British nurse Florence Nightingale, American tennis player Billie Jean King and Mexican painter Frida Kahlo.

Dr. Angelou’s son, Guy Johnson, told Today he is “delighted” that his mother was chosen for Barbie’s Inspiring Women line and hopes that this new doll “will inspire new generations of teachers, writers and activists.” However, it is currently sold out on Mattel’s online store, with collectors complaining about the amount of dolls released. Some are already being resold on Amazon for more than $140, although their retail price is $29,99.

Fashion’s past and present commune at New York’s Met