The modern ceramic artists you need to know 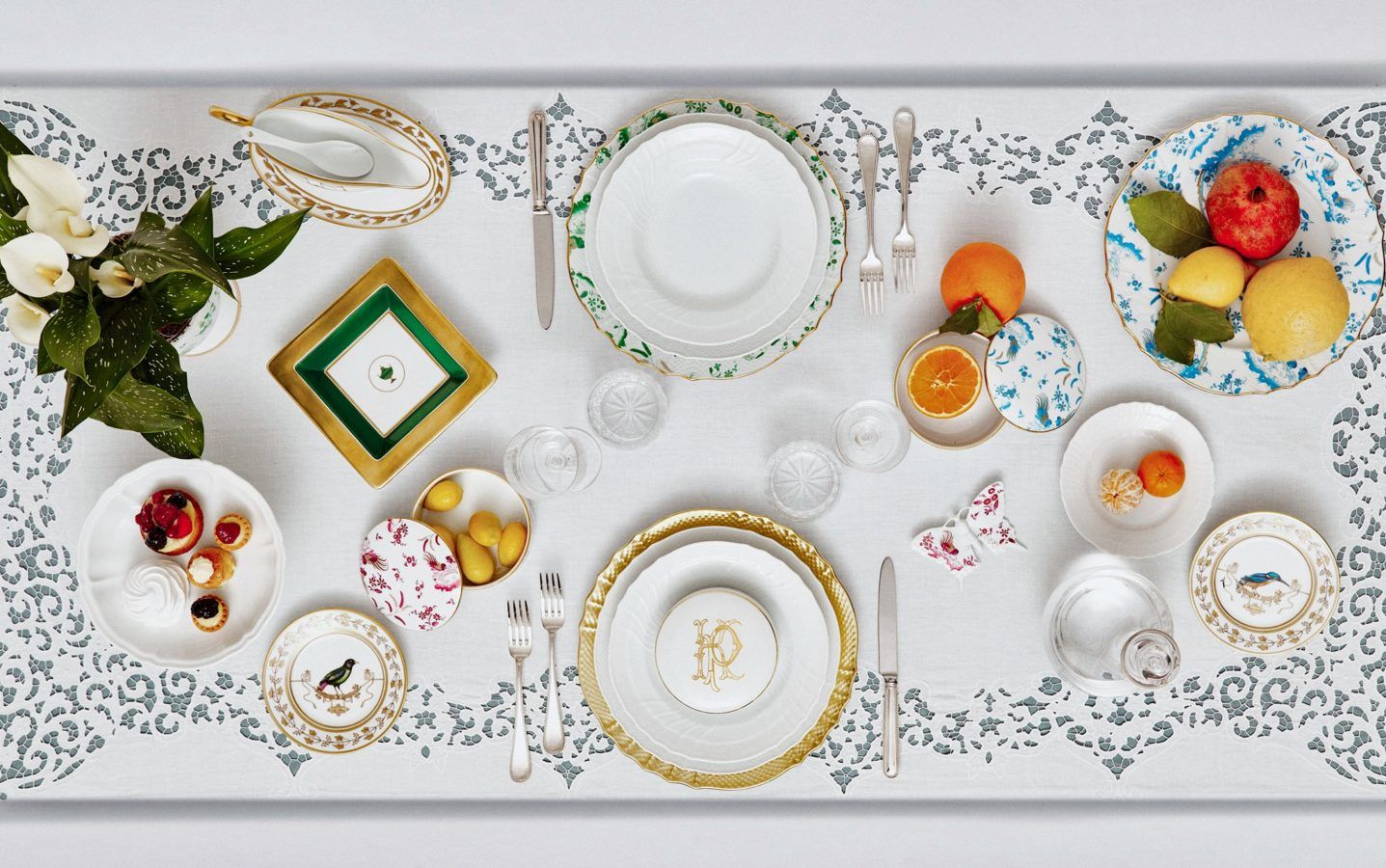 Pottery has come a long way since its ancient origins.

Today’s ceramics have attracted new cult-like fanbases and taken on alternative leanings. One of the world’s most historic crafts, pottery began as a primary means of survival. The oldest pottery dates back to the neolithic era, where  farmers who needed to water their crops turned to clay to make receptacles. It was the Greeks who transformed pottery into an art form, adding mythology depictions and colour. Today, pottery has taken on distinct modernity with luxurious glazes, tongue-in-cheek shapes, and bold motifs. Ahead, we list the contemporary artists to know with works you can shop online.

Anissa Kermiche
If you’re an avid follower of fashion and home interior accounts, you would have seen Anissa Kermiche’s iconic works. The fine jewellery designer shot to fame with her ceramics that fuse classical antiquity with a celebration of the female form in all its glory, including bumps, lumps, cellulite and stretch marks. An ode to classical antiquity, all of the ceramics are thrown in her London studio. The Breast Friend was the first of her vases to make an appearance on shelves everywhere, with her other works like Love Handles, Poppotin, and Jugs Jug spotted on the feeds of fashion and interior influencers.

Siri House
It might seem like an unlikely destination to shop ceramics, but Siri House is a treasure trove of ceramic works by contemporary Thai artists. Neighbour Craft combines free-hand painting with its pottery for one-of-a-kind raw looking pieces. Under its Siri House Curate line, you’ll also find vases sourced from artisans in Chiang Mai and sleek, minimal-looking vases in modern shapes by Comfort Seoul.

Shop via The Collective Market.

Mud Rock Ceramics
Plates so beautiful they double up as decor? Yes please. Mud Rock Ceramics is a favourite haunt for chefs shopping for their restaurants. All glazes are made in-house using raw materials. The end result? Colours and textures you won’t find elsewhere, leaving you with one-of-a-kind pieces. Each of its works are personally moulded, trimmed, and sanded by them. Take your pick from raw speckled plates, hand-thrown flasks, and asymmetrical salad bowls.

Shop online or make an appointment to visit the studio after the circuit breaker restrictions have been lifted.

Nathalee Paolinelli
Trained as a painter and a sculptor, Nathalee Paolinelli is known for her poetic and evocative works, reminiscent of the artists she’s inspired by like Lucio Fontana, Asger Jorn, Franz West and Mary Heilmann. Don’t expect perfect curvatures and unblemished surfaces. Paolinelli’s works celebrate the imperfection and irregularity of the craft, along with the drips and spills that happen in the kiln. Her vases and plates, and candle stands boast her signature raw, jagged edges, and fluid, organic forms.

Bowerbird
For fans of tropical-style decor, look no further than Bowerbird. Every piece — vase, bowl, platter, pot and urn — is designed, hand thrown and hand-painted in Vietnam. Available in an array of bright prints and patterns, these feature eye-catching palm leaves, ferns, coconut trees, and flora and fauna.

Adrienne Ceramics
Local potter Jeanette Wee of Adrienne Ceramics made headlines for her bold move of leaving a civil service job to become a ceramicist. She fell in love with the craft after taking pottery classes in Japan, where she studied language and fashion design. Her works are adaptations of North-Asian art forms. Her recent work is Balancing Act, and is a tribute to embracing one’s strengths and weaknesses, as well as the perfect and imperfect. Made with a mix of raku clay and local soil, it has a texture that resembles ancient text on walls, and a gradient finish.

Dolce & Gabbana
Dolce & Gabbana may seem like the last place you’d look for ceramics but the Italian luxury house has a thriving home decor line that pays homage to its Sicilian roots. Last month, it released six candles in hand-painted Caltagirone ceramic vases. Drawn, decorated and handmade by Sicilian artists, these are painted in bright and vivid colours of the region. The “Sicilian head” symbolises the legend that dates as far back as the 11th century, when the Moors dominated Sicily. The house’s versions are decorated with crowns, lemons, exotic prickly pears, and delicate ornamental motifs.

Richard Ginori
In the 18th century, Marquis Carlo Andrea Ginori started Doccia Manufactory, a porcelain factory inspired by his love of white gold. This became the period where porcelain boomed and flourished, and Ginoru quickly became the go-to name and featured prominently in stately homes, palaces and courtyards. A century later, the Ginori heir transformed the manufacture, renaming it to Richard Ginori Ceramic Company. In the 20th century, Gio Ponti took over as creative director and introduced ancient and oriental aesthetics, as well as a minimalist style with designs by the greatest artists of the era. The past decade has seen numerous changes, with the brand acquired by Kering-owned Gucci and creatively led by Alessandro Michele. Today, it’s one of the leading luxury interior labels of the world with ornate printed crockery, glassware, home fragrance and decorative sculpture, still created by hand in Sesto Fiorentino.