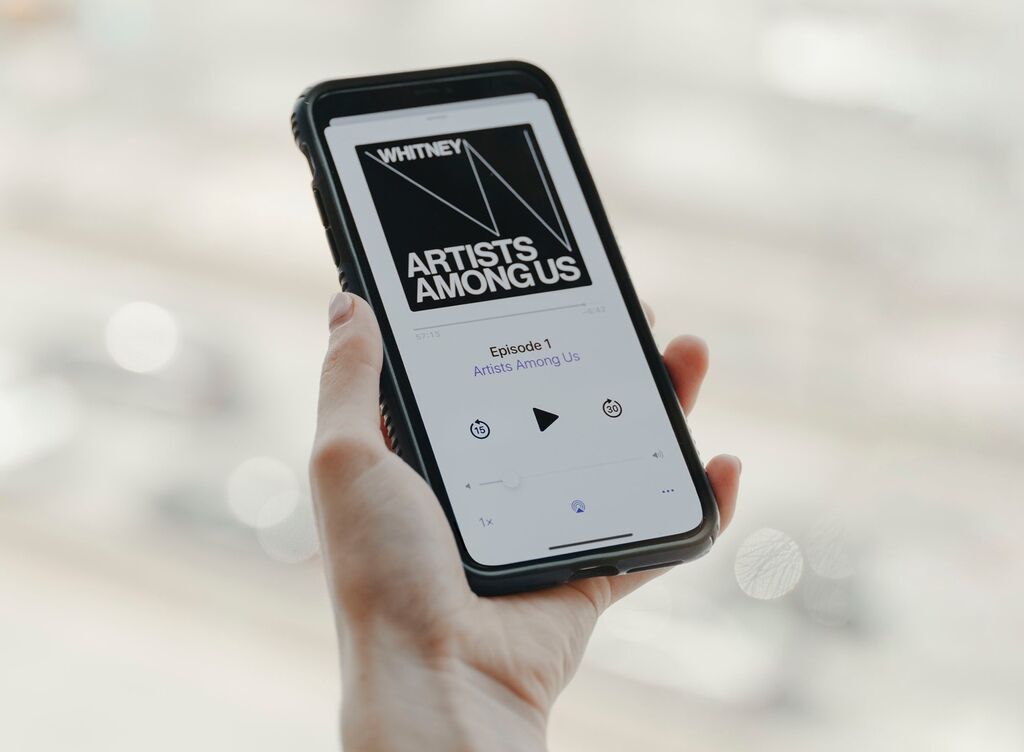 Podcasts and the visual arts: When artists get talking

Pursuits
Podcasts and the visual arts: When artists get talking
Share
Next article

Who better to talk about art than those who are directly involved with its creation every day?

While podcasts presented by exhibition curators or art historians are legion, visual artists are increasingly using the format to tell their own stories. We take a closer look.

“Over the years, I’ve given a great deal of thought to history and the way in which art can make the invisible visible.” With these words, spoken in the first episode of the podcast series “Artists Among Us,” Carrie Mae Weems sets the tone. In this podcast launched by the Whitney Museum of American Art, the African-American artist and the podcast’s team “consider the complexities and contradictions that have culminated in the United States we experience today.” So far, Carrie Mae Weems has spoken with more than 30 historians, authors and artists to decipher the impact of David Hammons’ sculpture “Day’s End” on the space occupied by the Whitney Museum.

In the view of Anne Byrd, director of Interpretation and Research for the American museum, the podcast needed an artist as recognised as Carrie Mae Weems to lead it. “Weems proved to be the perfect host for the podcast because she was able to frame the dialogue between the work of art and the site’s history in ways that were both engaging and informative,” she explained to The Art Newspaper.

Bringing different voices to the fore

For its part, the Rubin Museum of Art has asked performer and musician Laurie Anderson to host its latest podcast. Inspired by the exhibition “Awaken: a Tibetan Buddhist Journey Toward Enlightenment,” “AWAKEN” invites different guests to talk about the personal transformation they have undertaken in their lives. Among them are comedian Aparna Nancherla, author and meditation teacher Tara Brach, doula Latham Thomas and artist Tsherin Sherpa.

“Enlightenment is a topic at the heart of the Rubin Museum’s collection. It’s even the focal point of an entire exhibition currently on view in our galleries,” explains Dawn Eshelman, head of programs at the New York museum.”With the podcast, we wanted to bring a human scale to the sometimes intimidating concept of enlightenment, with voices from a variety of perspectives — both religious and secular — that offer very different, personal examples of what awakening can feel like.”

Who better to host “AWAKEN” than Laurie Anderson? Since the 1970s, the avant-garde performer has been practicing narrative art through a multitude of artistic mediums. “I was part of a family where you kind of had to talk. We were eight kids and we were expected to say what was going on in our lives,” she once recounted when interviewed about her vision of art. “I’m always curious about the mechanics of the story, like who’s narrating and I like to play with that.”

Between conversation and confession

An increasing number of artists are following the example of Carrie Mae Weems and Laurie Anderson, and speaking out through podcasts. While the phenomenon is not new, the pandemic has helped foster the emergence of audio programs where artists speak freely about their work. This is notably the case of “Chats with Artists in Lockdown.”

In this conversational podcast, Emma Cousin talks with Jean-Philippe Dordolo, Paloma Proudfoot and Dean Kenning about the impact of Covid-19 on their lives and work. A way “to keep … artists in touch during the strange pandemic period,” as the London-based artist explains in the first episode of “Chats with Artists in Lockdown.” She and her guests discuss topics such as the postponement of their exhibitions while the health crisis was in full swing, the fear of the blank page or the return to the creative studio.

This intimate atmosphere is also present in the “Arts to Hearts” podcast where Charuka Arora welcomes artists who inspire her such as Lizzy Taber, Halie Torris, Brandi Hofer and Ekaterinas Popova. They share their experience in the art world and their advice on how to make a place for themselves. A great way to inspire other artists to express themselves.

Sign up to get the latest luxury and lifestyle news delivered to your inbox.
PrestigeOnline
art and culture

Michelle Obama is launching a podcast on Spotify