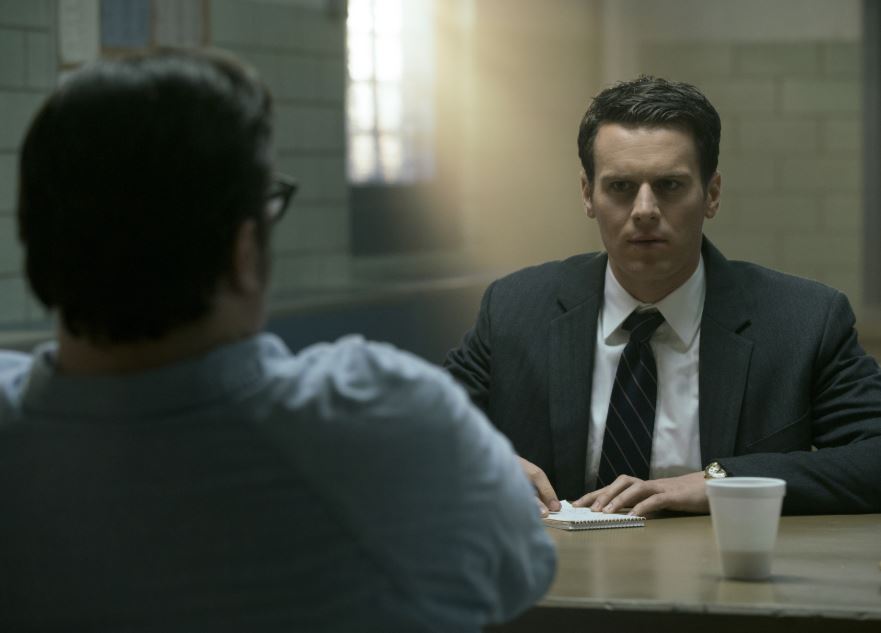 Talk about making a lasting impression.

It’s one thing to spook your audience for days; but having an impact on their subconscious is a different level altogether. Netflix’s psychological thrillers are the perfect blend of cleverly-written plots, unsettling characters and disturbing cinematography.

If you are looking for a nail-biting experience and plot lines that will keep you guessing, these shows are worth a shot.

It focuses on the relationships between four families living in the fictitious town of Winden. Spanning three seasons, it showcases how their lives are impacted a time-travel conspiracy is uncovered.

The series was first released in 2017, but become a massive global hit this year shortly after its third season premiered in June, with audiences praising its brilliant narrative. While some fans have drawn similarities between this series and Stranger Things — both have scenes set in the 1980s — the concepts of these two shows are poles apart.

This 1980 psychological horror film continues to be a classic even today. Oscar-winning actor Jack Nicholson plays Jack Torrance, an aspiring writer and recovering alcoholic who moves to an isolated hotel with his wife and son. Soon, Torrance’s sanity begins to deteriorate because of supernatural forces inside the hotel.

The movie, which is based on the eponymous bestseller by Stephen King, remains a cult classic today and has spawned numerous pop culture references thanks to its memorable scenes.

Based on a novel of the same name, Bird Box is set in a post-apocalyptic world plagued by supernatural creatures that people must avoid seeing, lest they go insane and kill themselves. The plot centres on Sandra Bullock’s character, who embarks with her two children on a quest to safety – all while blindfolded.

While the movie wasn’t nominated for any Oscars, it did spawn a viral ‘Bird Box challenge’, where people attempted daily life activities while blindfolded and posted videos of it on social media. This became so popular that Netflix issued a warning on Twitter cautioning fans of its dangers.

You walk into a bookstore, have a cheeky conversation with the clerk, and instantly hit it off. It sounds like the classic boy meets girl premise of a typical rom-com, but Netflix’s You takes a darker turn by having the male love interest be an obsessed stalker. Based on a book of the same name, the series follows the life of Joe Goldberg (Penn Badgley), a New York bookstore clerk and serial killer.

When Joe falls in love with one of his customers, Guinivere Beck (played by Elizabeth Lail), his lethal obsession drives him to stalk her around town, on social media and kill anyone who gets in his way. Season 2 follows a similar plot, but sees more character development for Joe as he begins to struggle with his toxic inclinations. A third season is now in the works.

What makes You special is how it offers the audience a peek into Joe’s mind and motivations, which fluctuate between being generous and sinister. Despite his crimes, the audience can’t help but have a soft spot for him.

Netflix junkies have been waiting for an update on Black Mirror season 6 for quite some time now. Little did they know that they’d be living it in 2020 instead of watching it on a small screen.

Charlie Booker’s Black Mirror is a genius piece of work that showcases the consequences mankind may be faced with when technological advancements collide with the dark side of our world.

Each episode takes on a theme that doesn’t seem too far off from reality – Nosedive in season 3, for example, showcases a dystopian world where people rate each another based on their interactions. It draws frightening similarities to China’s Social Credit System, where people are rated on their social behaviour.

The show has won its share of accolades — episodes like the Star Trek-esque USS Callister and San Junipero, a queer love story with a surprisingly happy ending, bagged Emmy awards.

2017 film Gerald’s Game is based on a Stephen King novel of the same name. Initially, the psychological thriller was deemed unfilmable for a long time owing to its concept that the protagonist would be tied to a bed for the 90-minute run.

Starring Carla Gugina and Bruce Greenwood, it’s the story of a couple who visit an isolated house on a weekend. When the two engage in a kinky game, Gerald (Greenwood) dies from a heart attack and his wife Jessie (Gugina) is trapped handcuffed to the bed. Stuck in a near-impossible situation, Jessie needs to use her wits to find a way out of the situation while fighting the demons created by her mind as a result of a dark past.

Lana and Lily Wachowski’s Sense 8 is another brilliant thriller series on Netflix. Eight people from around the world are suddenly linked mentally and are known as the sensates. However, they need to together figure out a way of keeping themselves safe from the Whispers, who see them as a threat to the world.

The cat-and-mouse chase between the sensates and whispers while they try to avoid each other is a treat to watch. The two-season show mustn’t be missed by psychological thriller fans.

“How do you get ahead of crazy if you do not know how crazy thinks?” Mindhunter runs on this theory. Set in the 1970s, it is a terrific two-season series which takes viewers back to the period when the term ‘serial killer’ was not yet coined.

Back then, half of America’s population trembled with fear when names like Ed Kemper, BTK Killer and Charles Manson were mentioned. This prompted two FBI agents to interview high profile murderers in order to understand the psyche of criminals, and to solve ongoing cases.

What makes Mindhunter one of the most engaging and brilliant crime shows of all time is how it gives audiences a glimpse into the mind of a criminal who has committed gruesome acts. The creepy conversations that take place between the agents and serial killers are also a highlight.

Not many might know what goes on behind closed doors at detention centres. In the name of patriotism, people might be forced to take steps that are immoral. Ghoul explores these themes.

The three-episode miniseries is a thriller based on Arabic folklore, and stars Radhika Apte in a pivotal role. Set in a dystopian world, it focuses on a mysterious prisoner who’s brought in for interrogation at an Indian military centre. The prisoner, however, retaliates by revealing his captors’ darkest secrets and invokes supernatural forces.

What sets Ghoul apart is its examination of patriotism and service to one’s country. The show sheds light on the consequences of toxic state-sponsored intolerance.

“Crazy Rich Asians” author Kevin Kwan’s new book, “Sex and Vanity”, will be made into a movie