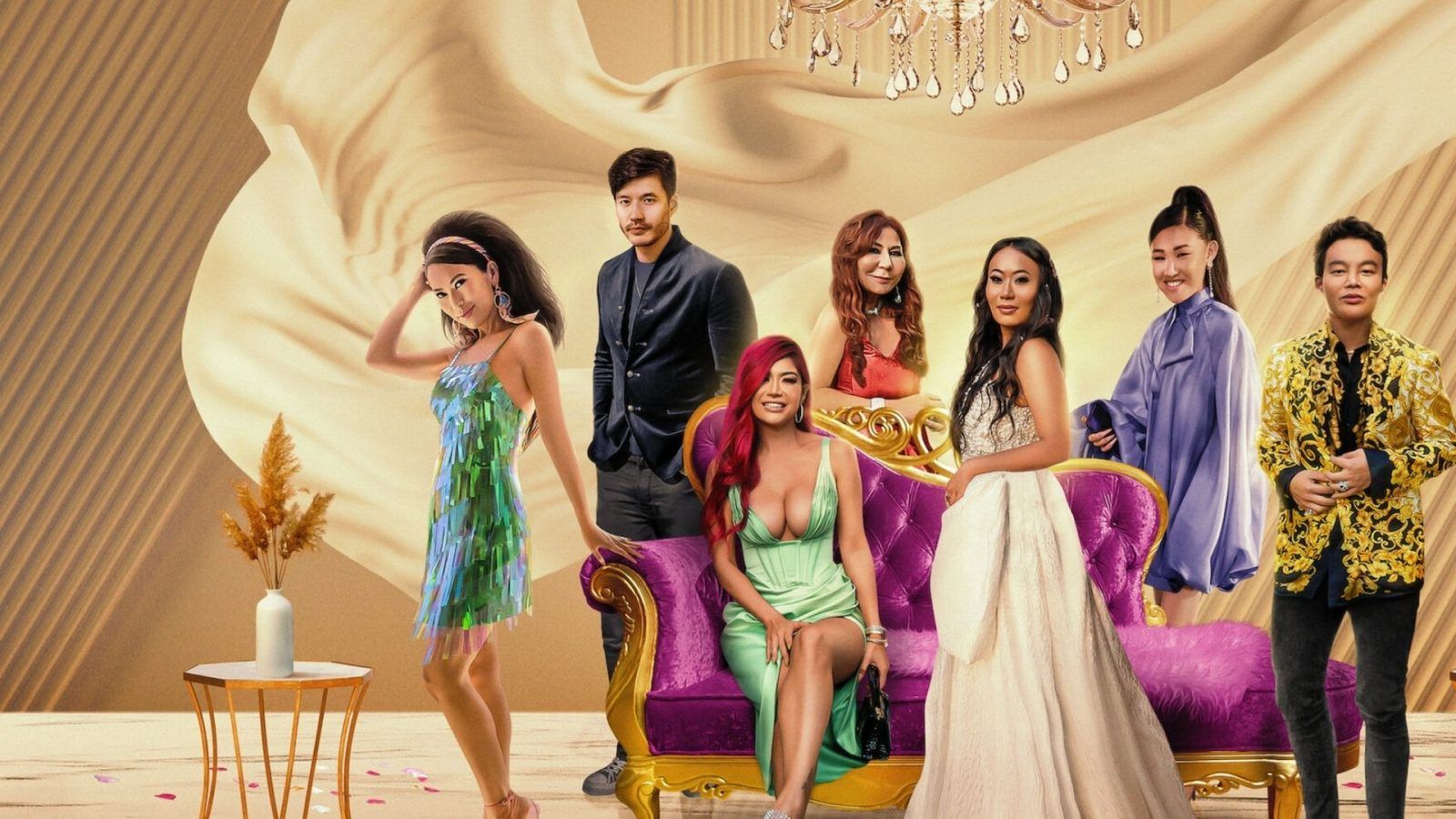 Back with its second season depicting extravagant lives, Bling Empire is creating the much-expected hype among OTT lovers. Chronicling the affluent lifestyle of rich Asian-Americans living in Los Angeles, the show has been creating a buzz ever since its first season dropped in January 2021.

Loyalists to the show waited for over a year for the release of the second season in May 2022, which left fans of season 1 equally obsessed.

If you have watched this real-life Crazy Rich Asians equivalent and are still craving for more, we’ve found the respite your soul needs. Watch these shows like Bling Empire while awaiting its third season. From opulence and glamour to entertainment and drama, they have it all.

Selling Sunset revolves around the lives of real estate agents and a brokerage firm, The Oppenheim Group in Los Angeles. Having characters working amid wealth and selling luxury to wealthier buyers, this show is about glitz, glam, grandeur and drama. Not to forget the awe-worthy mansions. And if the massive houses of Bling Empire made your eyes gleam, then this show with five seasons is sure to keep you hooked.

Starring Christine Quinn, Chrishell Stause, Mary Fitzgerald, the Oppenheim brothers and others, the show can be binge-watched on Netflix.

Another show based on a similar storyline is Singapore Social streaming on Netflix. With just one season consisting of eight episodes, the show was released back in 2019. It follows the lives of a group of young and rich Singaporeans as they wade through their personal and professional lives, which is all about romance, family, friendships, careers and much more.

While the show received some criticism, it has a vibe similar to Bling Empire and if that’s something you’re looking for, you know what to watch next.

The Real Housewives of Beverly Hills

It is well known that The Real Housewives franchise rules reality TV in many ways. And amongst all the versions (from Orange County to New York City), the Beverly Hills seasons resemble the famed Netflix show the most. Also set in Los Angeles, this series with 12 seasons revolves around the lives of affluent housewives living a life of privilege and luxuries.

From wealth and riches to friendships and relationships, spiked with a lot of classic competitive behaviour among these women, this reality show is all things lavish and drama. Featuring Kyle Richards, Lisa Rinna and Erika Jayne, this show will not bore you at all. While it has some notable nominations to its name, it also won the Critics’ Choice TV Awards for best reality series in 2011.

Much like its forerunner Keeping Up With The Kardashians but with more glamour, The Kardashians is a show that you must add to your watch list if you haven’t already. The show is set in Los Angeles and its neighbourhoods as it is home to the Kardashian-Jenner family.

Cruising through love, life and everything in-between, the show is about the Kardashians and the Jenners. From new relationships and motherhood to running billion-dollar businesses amidst chaos, laughter and tears, this show will keep you intrigued throughout.

My Unorthodox Life tells the story of Julia Haart, a former member of an ultra-orthodox Jewish community and the CEO of Elite World Group. While it might be slightly different from Bling Empire, certain elements are similar. In fact, what adds more to this show is how Julia and her family constantly juggle between their modern lifestyle and religion.

As much of an entertaining reality show, it is equally inspirational for women out there. From wealth and career to relationships and friendships, this show is high on all things relatable. Their second season is slated for a release with more fabulousness, fashion and a dose of women’s empowerment.

One of the most popular reality shows that closely follows the life of an extremely wealthy Asian family, House of Ho is about The Ho Family. It’s a docu-series that takes us on the journey of this Vietnamese American family, led by Binh Ho with his wife Hue Ho.

Living in Houston, Texas, the family has made it big and leads a lavish lifestyle. With a perfect blend of emotions, family clashes and impeccable style, this series will make you binge-watch it.

A sequel to The Hills (2006-2010), The Hills: New Beginnings is a series that sees the old cast reunite along with their children, friends and new faces. Two seasons old, the show is about a group of people steering through their personal and professional lives. Featuring Brody Jenner, Heidi Montag and Audrina Patridge, among others, the show is the perfect follow up of the previous series. In fact, how about adding both of them to your watch list?

Set in Byron Bay, Australia, with similar undertones as Bling Empire, but a distinctive storyline, is the series Byron Baes. It gives a peak into the lives of Australian influencers, who head to the Bay and live together. What follows is a gripping and entertaining mix of love, chaos, romance, heartbreak and everything in-between.

The show explores the social media star culture that marks recent times and is relatable to everybody.

An old-school at heart with a taste for contemporary finery, Divya believes in making the best of both worlds. She's a happy-go-lucky person who spends her time reading, Zentangling, or binge-watching. Hogging food & dozing off often comes naturally to her. Also, chai!
Lifestyle culture Entertainment Wellness