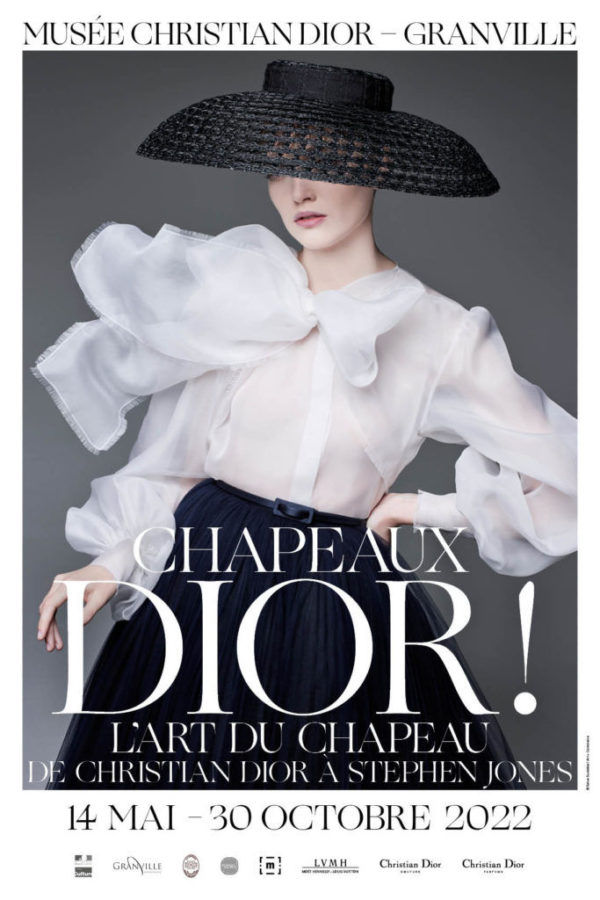 The hat — an essential reference in Dior style for more than seven decades — is the focus of the new exhibition at the Musée Christian Dior in Granville, France, from May 14 to October 30.

Nearly 200 models will be showcased, alongside haute couture gowns, photographs and other archival documents, to celebrate the art of the hat, from Christian Dior to famous British milliner Stephen Jones.

After paying homage to the rose, the flower so beloved by Christian Dior, the Granville museum is dedicating its 2022 season show to the hat, or, more precisely, to the art of the hat. While some may see headwear as a mere detail in a look, the hat was considered an essential accessory of female grooming for the great couturier, who elevated it to the rank of a reference in Dior style, but also in French haute couture and international fashion.

In addition to showcasing a host of models that marked the fashion house’s history, the exhibition will help visitors understand the importance of this accessory in the house of Dior.

Entitled “Dior Hats: The Art of the Hat from Christian Dior to Stephen Jones,” the exhibition begins by exploring Christian Dior’s relationship with the hat, whether through his first vocation as a milliner or the feathered hats worn by his mother, Madeleine Dior, which undoubtedly influenced his work. In total, visitors will discover nearly 200 hats. These are set in a broader dialogue with around 20 haute couture dresses, as well as dozens of fashion photographs and beauty advertisements themed on the art of the hat.

But, since the exhibition spans seven decades of history — from 1947 to 2020 — it also takes in the work of the great couturier’s successors, from the modernism of Yves Saint Laurent, Marc Bohan and Gianfranco Ferré, to the feminist touch of Maria Grazia Chiuri and the exotic hats of John Galliano. The exhibition notes how these designers have revisited Christian Dior’s most cherished themes, such as gardens or masculine-feminine chic.

The final part of this event celebrates Stephen Jones, the famous milliner to the stars, focusing on his 25 years of expertise as creative director of Dior hats. This section of the exhibit will feature dozens of hat sketches, research documents, clippings from fashion magazines, and even tools from the Dior Haute Mode workshop, most of which are from the personal archives of the top milliner.

This article was published on AFP Relaxnews