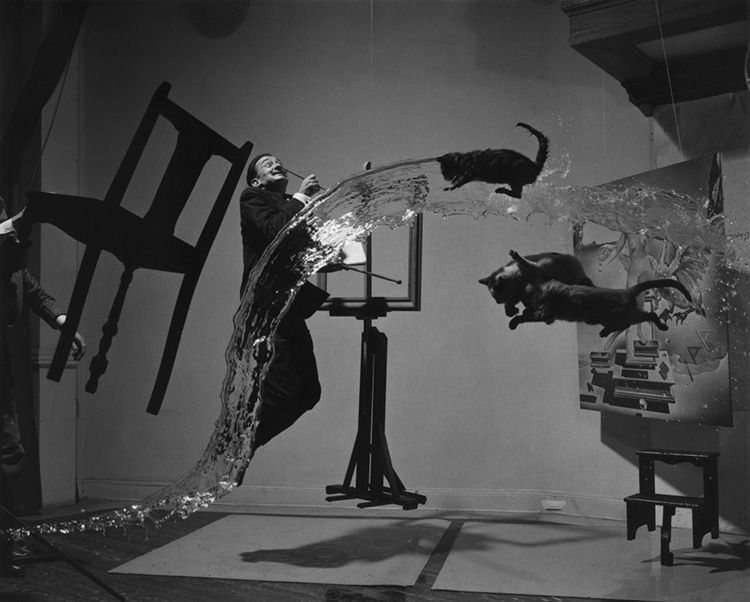 One of the most famous images of surrealism was a collaboration between the legendary Salvador Dali and a brilliant photographer.

“They wanted to forge something new together Dali was always full of wild ideas so Philippe really had to use his imagination and creativity. Philippe would direct Dali and Dali was always happy to oblige. It was a true, true collaboration that lasted 37 years.”

Arty Facts: The secrets behind Vermeer’s famous ‘Girl with a Pearl Earring’ painting
Pursuits
Why is the art-buying set getting younger than ever?
Pursuits

Born in Latvia, Philippe Halsman moved to Paris in 1930 at when he was 24, where he quickly established his reputation as a photographer. When the Nazis invaded the city in 1940, Halsman obtained a rare emergency visa to the United States with the help of Albert Einstein, who knew Halsman’s sister. In New York Halsman joined Life magazine when the publication was just six years old. Halsman shot 101 covers for Life – more than any other photographer – until the magazine ceased weekly publication in 1972. Halsman joined the famed Magnum Photos collective in 1951, becoming a contributing member in 1956.

Halsman most famous photographs were probably with the doyen of surrealism Dali, whom he met in 1941 and enjoyed a 37-year collaboration. The most famous of these was the iconic image Dali Atomicus, which was planned and executed at Halsman’s apartment and studio in New York in 1948. In the accompanying 5-minute video, Halsman’s daughter Irene describes the near magic of producing an image, that had to be taken in one shot but required 26 takes, involving levitating furniture, bending columns of water and flying cats.