10 rare KAWS figures that every art collector should know There are few contemporary artists that have captivated the masses like KAWS.

The New York artist has conquered the world with his collectible vinyl toys and larger-than-life sculptures. You know the ones: with their X-ed out eyes and cartoonish limbs, KAWS figures are one of the most recognisable artworks today.

That’s because KAWS, born Brian Donnelly, took his art straight to the streets. After studying illustration and working as a cartoon animator for Disney films and cult TV shows like Daria, KAWS kickstarted his career with graffiti. In the ’90s, he marked buildings, billboards, bus stops, and phone booths with his unique characters, which often resembled iconic figures in pop culture such as Mickey Mouse.

“When I was doing graffiti, my whole thought was, ‘I just want to exist.’ I want to exist with this visual language in the world,” reflected KAWS in an interview. “It meant nothing to me to make paintings if I wasn’t reaching people.”

By the dawn of the new millennium, KAWS had cast his characters into three-dimensional forms. He made his quirky toys affordable and accessible, throwing the doors of the art world wide open to the public.

Using a formula that artists and brands now follow, KAWS found an even bigger spotlight for his artworks through much-hyped collaborations. Over the last two decades, he has created exclusive designs for fashion and streetwear labels like Nike, Supreme, Dior, Comme des Garçons, A Bathing Ape, and Uniqlo, as well as celebrities like Pharrell Williams and Kanye West.

How much are KAWS figures worth?

His toys, likewise, are still very much in demand. As of 2020, the most expensive KAWS figurine had an average sale price of US$26,481 (approx. S$35,735.05) on StockX. Created in limited quantities, KAWS figures tend to sell out instantly and end up on the resale market for multiple times their original price. You can expect the same to happen when he launches his new collection of limited-edition Companion figurines, exclusive to Singapore, this Saturday.

That’s why we’ve made a guide of all the rare KAWS figures that you should know, whether you’re a budding art collector looking to make a worthy investment, or a longtime KAWS fan looking to decorate your home with a striking work of contemporary art. 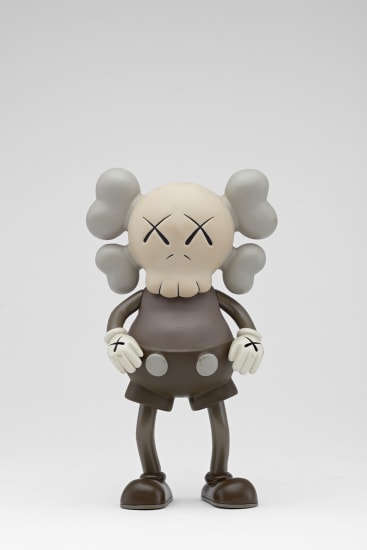 The most famous KAWS character is Companion, which is much like a twisted Mickey Mouse with X-ed out eyes. The artist created it in 1999 as part of a collaboration with Bounty Hunter, a cult Japanese toy and streetwear brand. Standing at 20cm tall, the very first Companion toys in painted vinyl were released in an edition of 500 in the colours black, grey, and brown, like this one.

The artist would repeat the formula of working with toy brands just a few years later, when he collaborated with Medicom Toy. The Japanese brand is best known for its Bearbrick (often stylised as “[email protected]”) toy, which KAWS first put his spin on in 2002. Their ongoing collaboration has spanned several limited-edition toys, among which the blue Chomper, released in 2003, remains one of the most sought-after creations.

In 2006, KAWS released a series of Companion figures that were dissected in half, adding a sense of mortality to the typically playful character. The figurines came in black, grey or brown (the last of which is available to shop below), and one of them famously featured in Drake’s Toosie Slide music video.
KAWS x Medicom Toy Bearbrick ‘Dissected’ 1000% The idea of dissection was also explored through a (more affordable) series of Bearbrick toys, which were offered via editions of 500 in black, brown or grey. This version in black, released in 2010, is very popular and stands at 70cm tall. 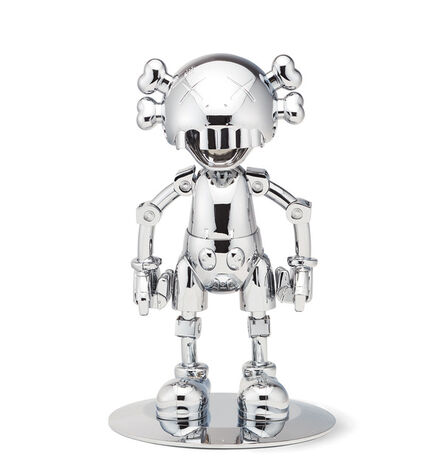 Long before Dior became a mutual connection between both artists, KAWS and Japanese illustrator Hajime Sorayama had collaborated to create No Future Companion. The futuristic toy came in Sorayama’s signature metallic polish and featured intricate robotic limbs. 500 figurines in black chrome were released in 2008. It was followed by a silver chrome version (pictured) in 2009 that retailed for USS$980 (approx. S$1,323), and has since sold for over S$32,000 at an auction. Besides collaborations, KAWS made a career out of reinterpreting classic cartoon characters like Snoopy, Tweety and Disney’s Pinocchio. He teamed up with his former employer in 2010 to launch this vinyl Pinocchio figure set that included a smaller Jiminy Cricket toy. It immediately became a quintessential piece for many KAWS collectors. 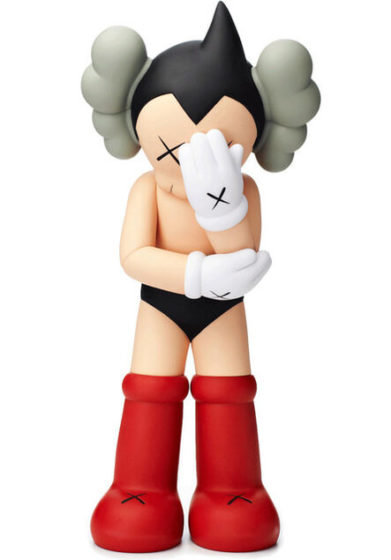 In 2012, KAWS put his spin on the iconic Japanese cartoon character Astro Boy by giving the character white gloves and a facepalm stance. A grey version, dubbed “Mono” was also released a year later, but this full-colour figure remains the more prized of the two. 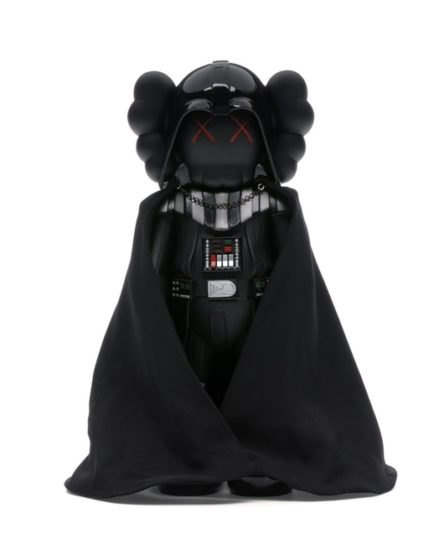 Aside from Disney, Star Wars is also very much a part of the KAWS universe. The two first came together in 2007, when KAWS transformed his Companion character into a caped Darth Vader. In 2020, the toy racked up an average sale price of US$26,481 (S$35,735) on StockX, but you can now get it for a steal at less than half that price. 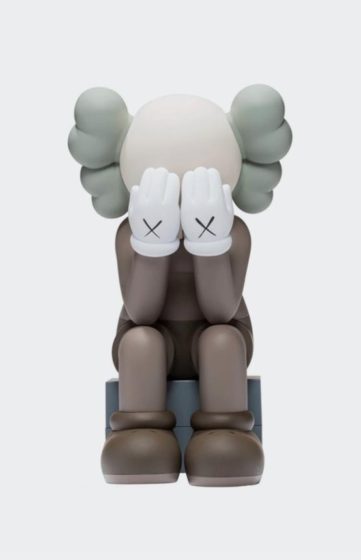 Produced in 2013, the same year that KAWS would shutter his clothing label OriginalFake, the Passing Through Companion was released in a run of 500 per colour in black, brown, and grey. With its sorrowful stance, the 28cm-tall toy is certainly a conversation starter and one of the more striking KAWS figurines. 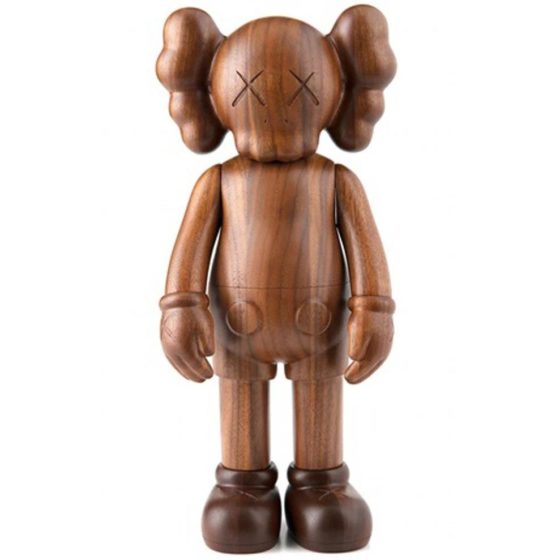 Carved by the master woodworkers at Karimoku, this wooden version of the Companion figure was released in an edition of 100 in 2011. In August this year, KAWS unveiled Good Intentions, a similarly wooden figure accompanied by a child — which probably explains why the original Karimoku Companion figure was able to sell for S$33,750 just a few months later.