Catching up with the multi-talented Singapore artiste Inch Chua 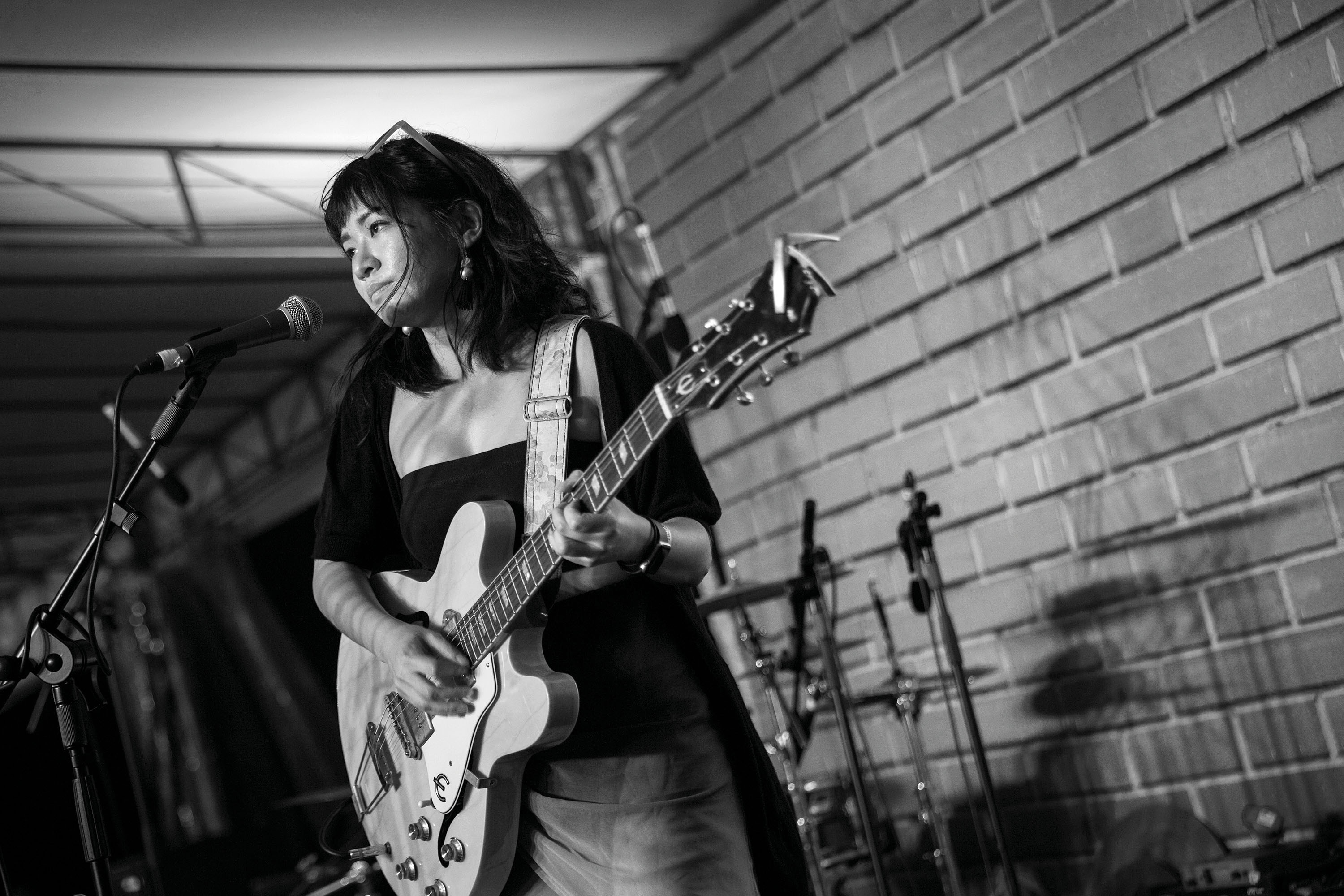 Now that she’s done with an opera called Purgatory, which she describes as a “creepy ghost story” penned by Gordon Crosse and utilising WB Yeats’ words, there’s a new single where she collaborates with graphic artist Jonathan Lim Yong Ern, who mentored under Sonny Liew. “It’s a personal story of his, about a 30-something who’s disillusioned,” says Inch Chua (stylised on her website as iNCH), “and we thought it would be great to go with the story, which is called Walking Like Trees.”

The song, titled “Trees,” drops in January 2018 and heralds her third album, after Wallflower (2010) and Bumfuzzle (2013). Meantime, an EP called Letters to Ubin followed in 2015, in tandem with two singles, “MouseDeer” and “Dust That Moves”. In-between, in 2014, she launched her book, Between the Devil & the Deep Blue Sea, an amalgamation of her journals and lyrics, published by The Altar Collective in Los Angeles.

Isn’t that a relatively long wait? “I would call myself a natural introvert,” says the Capricorn (she was born on December 22, 1988) with a smile. “If I could, I would stay in a cave and not feel the need to connect with other people at all. I would not be lonely. But, in my purpose as a human being, I feel I should be part of this, going out with friends and being sociable, even though my baseline is to be an introvert.”

“One thing that upsets me the most is how the media or anyone else has felt the need to pigeonhole me, or label me as a ‘singer’ or a ‘songwriter.’ You’re always reduced to a label, and I guess it’s convenient for people to identify you that way. I don’t really want to say something unless I have to say it. Most of the time, I do performances or whatever that’s fun and creative, and I get to pay my bills. Yes, I am a working-class artist.”

What do her parents make of this? “They weren’t supportive at first, it took a while for them to feel that I was passionate about something,” she concedes. “To them I was a fickle-minded kid, and music wasn’t my dream job. I wanted, and still want, to be a painter. But that never happened.” She laughs, recalling the decision to relocate from Los Angeles in 2015 after five years overseas and in deference to her siblings, a brother and a sister who now live respectively in Australia and the US. This came about right after the book was published.

Between the Devil & the Deep Blue Sea was “about songwriting and I hoped that I could compile it into an art book of some sort, especially since I’m a painter, so I thought I would present them through my diary. I thought, ‘Wouldn’t it be great if people knew the backstory to my lyrics?’ I decided to publish my journal, taking my inspiration from Kurt Cobain’s diaries. It was so emotional and so nonsensical at times — I loved it, it was unreal.”

The print run for Singapore, she discloses, was only 1,000 copies, and it moved partly because “there are three things that, I think, describe me — honest, quirky and independent.” She doesn’t even know who updates her Wikipedia profile, which doesn’t mention the book at all. Her recordings are, therefore, her main conduit to the masses, even though her two albums reflect a schizoid past.

“I think for my EP The Bedroom in 2009, there was so much possibility and no pressure and no expectations,” she says. “After that, when Wallflower came out, it was the scariest thing ever. I needed to one-up The Bedroom and I wrote songs about resolving traumas, a ‘coming of age’ through songwriting.

“But my focus was all about experimenting with sound, to try to be a smart-a** because I am ‘so fancy and so sophisticated’ — you try to tell yourself that — and that was what Bumfuzzle was about. The word ‘bumfuzzle’ means ‘to be confused and flustered’ — and because of the word ‘fuzz’, it had to do with the ‘fuzz sound’ sonically, with rock guitars. I did it how I wanted to do it, but it was a weird feeling because I was unhappy with it. My expectations were so much higher. I realised the most important thing was the authenticity of the stories. I wasn’t real to myself.”

And so, “doing the book was the closest thing to therapy that I have, holding myself accountable and marking the season.” Then Letters to Ubin was to try to answer why returning to Singapore seemed so important. “Pulau Ubin was close to my heart because I had done a lot of adventure and nature walks there, and I decided to see it and find out why nobody lives there, to take it back to the provincial life, our cabin in the woods. I lived there for four months and was overloaded with inspiration, I wrote 20 songs while I was there, in a place that’s basically dying a slow death.”

“Its gentrification was swallowing it up, and it’s a fake provincial life. Looking back, I have a plant philosophy, which is why the song “Dust That Moves” is my personal favourite…‘all that survives is dust that moves.’ We need to push ourselves a bit more.”

Ubin became a paradigm, so to speak, for the sort of purgatory her homeland has become? “Singapore does that, they have to sterilise it,” she agrees. “There is an unhappiness and disgruntlement about it. I’m trying to figure out why Singaporeans are so unhappy. That’s my morbid curiosity, and I’m still trying to figure it out.”